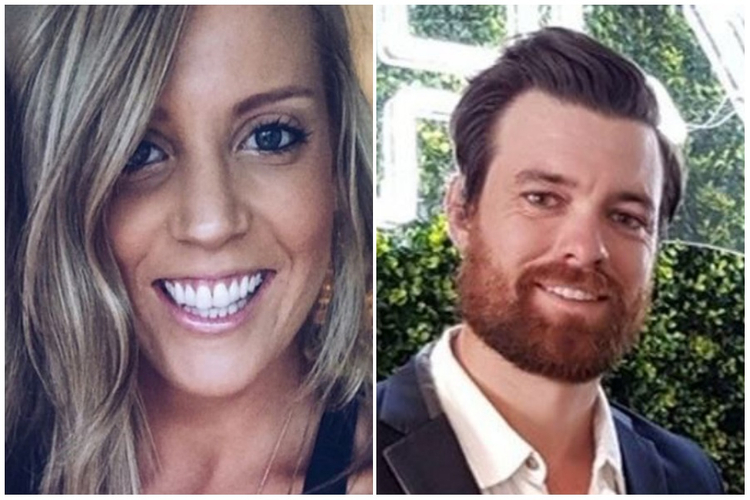 TBWA Singapore has welcomed a host of new creatives:

Phil Hardman has been promoted to SVP & GM, Asia, BBC Studios. He will lead the alignment of key markets in India, Southeast Asia, Japan and Korea we well as lead the global distribution teams working in Singapore, Mumbai and Seoul. On top of that, he will hold responsibility for developing the Asia growth strategy across the region. Prior to this, Hardman was the SVP, commercial strategy for Asia, and last year took on the acting lead role of SVP & GM for Greater China. This organisational change streamlines the BBC Studios APAC business structure, headed up by Hardman, Ding Ke as SVP & GM Greater China, and Fiona Lang as GM Australia & New Zealand, who will all report in to Jon Penn, EVP, APAC, BBC Studios. A new strategy manager for Asia will also be appointed to support the region and report into Penn. Meanwhile, Ryan Shiotani will move from his current role as SVP & GM of South and Southeast Asia into a new role as SVP Content, Asia & Greater China. He will serve as the regional editorial lead across existing and new branded services, as well as advising on brand and content strategy in Asia and Greater China.

Krista Thomas has been appointed as SVP and global head of marketing for InMobi Marketing Cloud. The ad tech veteran will expand InMobi Marketing Cloud’s global awareness and influence, optimise customer acquisition, and launch innovative new solutions. Previously, Thomas was SVP of marketing for Amobee where she helped define the company’s TV-first strategy, built a marketing discipline, and relaunched the brand’s positioning and messaging in support of its CTV Allocator solution.

Jack Morton has promoted Natalie Ackerman to a global role of EVP, talent and inclusion. Previously, she served as EVP of Greater China overseeing operations in China and Hong Kong. She will work with the global HR team to oversee talent across the agency and report directly to chairman and CEO Josh McCall. She recently relocated to Boston for her new role.

Dentsu China has appointed Laurien Lee as managing partner for Dentsu Media to support key account leadership and drive transformation. Lee joins Dentsu from running her own branding and marketing consultancy, L/LAB Consulting, which she co-founded in 2016. Lee has over 20 years of luxury and consumer goods category experience, holding leadership positions at media and PR agencies as well as client-side roles.

Customer service software company Zendesk has made a number of appointments to its leadership team and board of directors. Alex Constantinople will join the company as chief marketing officer on May 10, as current CMO Jeff Titterton becomes chief operating officer. Constantinople joins Zendesk from marketing agency Outcast, where she served as CEO. The firm has also added Brandon Gayle and Steve Johnson as board members, effective March 31. Gayle is EVP of revenue, brand and communications for Spurs Sports and Entertainment, which owns and operates the NBA’s San Antonio Spurs. Johnson is the VP of user experience at Netflix, and prior to this has designed experiences for Electronic Arts, Adobe and LinkedIn.

Adtech firm InMobi has bolstered its Australia and New Zealand operations with the appointment of Aimee Jenkins as sales manager and the promotion of Nicholas Robson to a newly created role of head of agency and strategic clients. Jenkins joins from mobile-only adtech company Kargo where she was NSW sales manager. Robson steps into the new role after spending less than a year as InMobi’s head of sales for NSW and QLD.

Kids marketing specialists TotallyAwesome is ramping up its presence in Japan. It has hired Mikio Kudo as Japan country manager to be supported by other new senior appointments in the coming months. Kudo has 20 years marketing and media experience and for the past seven years has been country president for toy brand Mattel, responsible for all Japan business operations including managing licensing deals and original content sales. Before working at Mattel, Mr. Kudo was executive director of media solutions at Turner Japan KK, responsible for advertising and content sales.

JD.ID, the Indonesian subsidiary of Chinese e-commerce giant JD.com, has teamed up with customer engagement platform MoEngage to engage new users and improve its customer retention. The online retailer wants to both retain current customers and grow its presence throughout Indonesia, targeting second and third-tier cities as well as major metropolitan areas. Using MoEngage's technology, it will be personalise communication to users from different regions at scale and provide relevant, timely information about products and offerings.

Australian adtech company Cartelux has appointed Geoff Reilly as its chief financial officer. As CFO, Reilly will be responsible for guiding Cartelux through its next phase of growth as it closes its seed funding round and aims for a sizeable Series A round later this year. Reilly has more than 20 years’ experience both in Australia and internationally in the capital markets, operations and financial functions of technology companies. He was previously CFO at TradeGecko and helped steer the Singapore-based business through its merger with Intuit in late 2020.

Impact, a company which provides partnership automation, has acquired analytics and automation platform Affluent. Affluent enables agencies to aggregate affiliate data from multiple networks and platforms and optimise clients’ partnerships with publishers. Impact has acquired Affluent to further expand it’s Partnership Cloud solution for agencies who manage partnership programs on behalf of brands. It is its second acquisition in 2021, after it purchased supply-side platform Trackonomics last month.

SIP Abacus, the skill development program for children, has awarded its creative duties to Mullen Lintas following a multi-agency pitch that saw participation from some of the leading agencies of India. The account will be handled by the Bangalore office of Mullen Lintas. The scope entails building the brand via omnichannel advertising and visibility via social media.

Adrian Goldthorp will be joining experiential marketing agency George P. Johnson Australia and New Zealand (GPJ A/NZ) as executive creative director from April 6, 2021 based out of their Sydney office. Goldthorp, a multi award-winning creative, comes to GPJ A/NZ from a nine-year tenure at Imagination as senior creative director. With over 25 years of local and international experience, Goldthorp has worked with top tier brands including Samsung, Telstra, Commonwealth Bank, Westpac and Jaguar Land Rover.

Southeast Asian ecommerce automotive platform, Carsome has made a foray into motorsports to help build its brand, sponsoring the B-Quik Absolute racing team car number one, the Audi R8 LMS Evolution driven by Sandy Stuvik in the 2021 Thailand Super Series. Stuvik, the first Thai driver to win a Formula 3 Championship, will also become Carsome’s partner in the Thai market.