Wavemaker has completed the roll-out of Maximize, its cloud-based tool that uses artificial intelligence to create complex media plans within minutes.

Media planners have been trained to input key information about a brand and Maximize will not only suggest spend levels per channel within a given budget, but also when and how to allocate the money over the timescale of a campaign.

It tries to solve a growing problem that media agencies face: how to create bespoke plans at speed for big brands that want to advertise to different types of audiences but face a fragmenting media landscape, as, in particular, younger audiences are increasingly found on TikTok and Twitch alongside ITV and YouTube.

During a demonstration seen by Campaign, Wavemaker said the cloud computing platform behind Maximize allows it to run 100 million media plans at the click of a button and then “optimise it to death” for a given advertiser and their campaign goals. 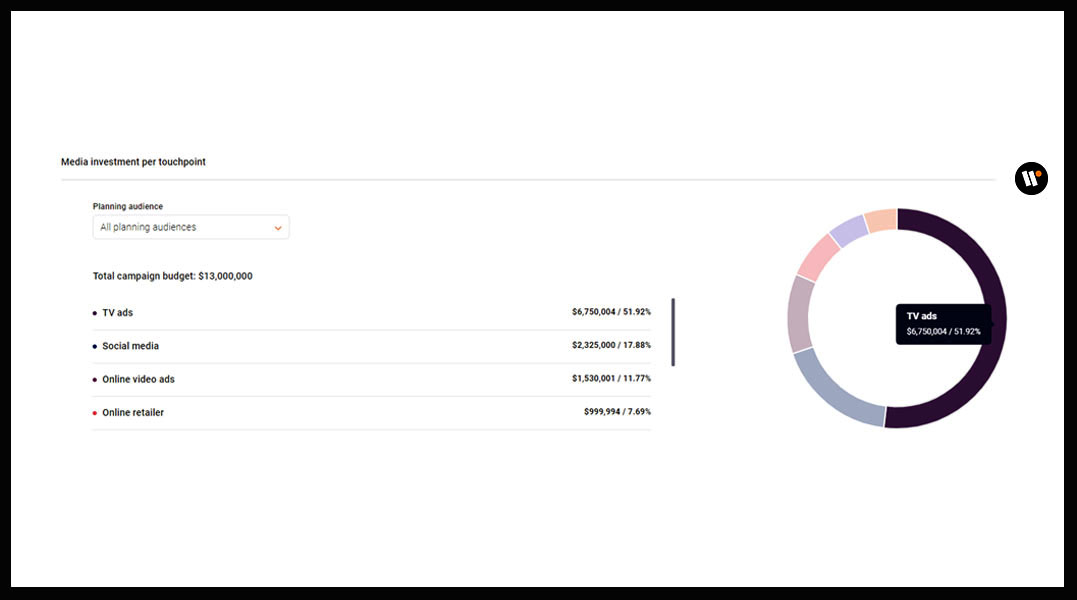 For example, a brand with a £13 million (US$17.9 million) advertising budget is advised to spend just over half of the amount on TV, with another 18% recommended for social media. It also recommends a roughly 60/40 split between priming (brand-building activity) and active (performance-driven, response acitivity). 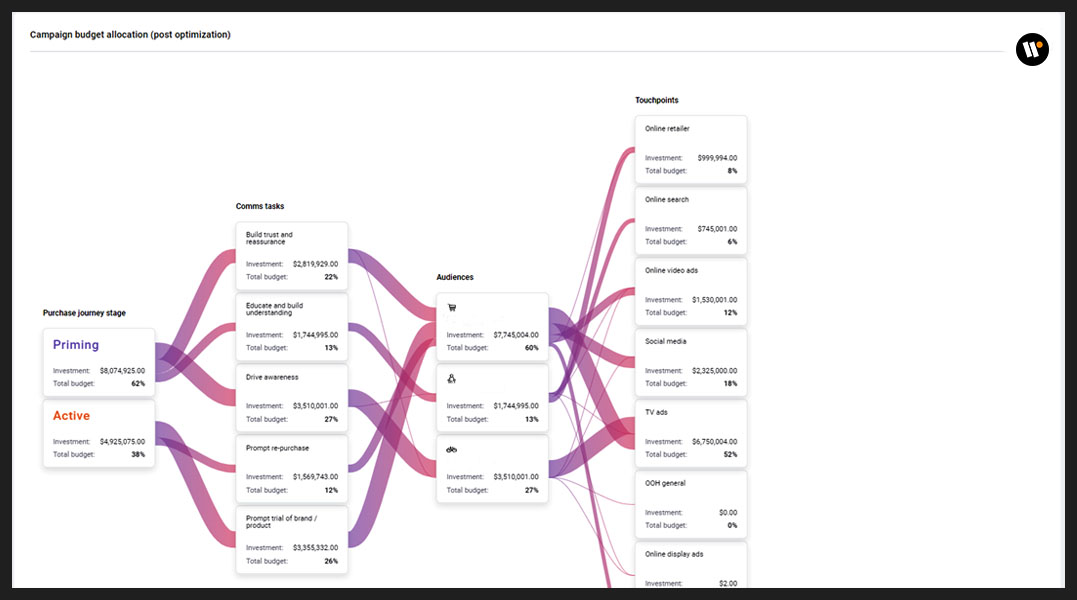 Maximize was developed by a project team of 75 people that included strategists, planners and data scientists, based in Warsaw. It is now being used across the company globally.

The project leader, global head of product Stephan Bruneau, said the techniques and tech being used to create Maximize are “effectively the only way to solve the audience fragmentation problem”.

“Creating media plans has become challenging due to the increased number of audience segments that need to be included in a campaign,” Bruneau said. “Some can overlap significantly, with people belonging to multiple audience segments at risk of being ‘over-exposed’ to ads and creating an unnecessary waste of money for clients.”

During development, Wavemaker carried out “human vs. machine parallel” tests, in which it challenged an experienced team of UK planners to create a plan that would optimise reach across three overlapping audiences. The planners could not complete the task; each time they improved reach for one audience, they lost reach for the other two. By contrast, Maximize solved the problem in 90 seconds, the company said.

AI is being trialled across the media planning and buying industry but Wavemaker is the first network agency to roll out a comprehensive tool of this scale that anyone can use.

Privately, Campaign understands that a major FMCG advertiser is currently trialling “buying using bots” with the help of its media agency, part of a rival network to WPP.

Maximize is part of Wavemaker’s global Provocative Planning system, a modular set-up that is supposed to fuse machine-learning and human intelligence. The agency claims that, on average, it is producing media plans that are “30% more effective for clients”.

Toby Jenner, global chief executive of Wavemaker, added: "Maximize addresses one of the industry’s longest standing frustrations – that all media plans look the same. Pre-loaded with strong data sources and packed with AI, Maximize produces media plans at incredible speed and has the brainpower to create market-beating growth plans for our clients."