First imbibed at least 7000 years ago, beer is one of humanity's most enduring and popular quaffs, coming in behind only water and tea in annual consumption.

The globe produces an estimated 190 million kiloliters of the hoppy, barley-based beverage each year. How much is that? Well, conveniently, a kiloliter (1000 liters) equates to a cube measuring 1 meter on each side. So that's 190 million cubic meters of beer. If that's still hard to picture, try this: 190 glasses of beer—each roughly the size of the Empire State Building.

Asia, by the way, consumes more beer than any other region. But what brands do most people in APAC choose to whet their whistle when they want to raise a glass (or seven)? That's what we're here to find out.

The following facts about Asia's favourite beers are derived from the 2021 edition of Campaign Asia-Pacific's exclusive Asia's Top 1000 Brands research, done in partnership with Nielsen IQ. The region's most comprehensive research on consumer brand perception, Asia's Top 1000 Brands asks consumers in 14 Asia-Pacific markets to name the brands they consider the best in 15 major product and service categories. From this, we compile the overall Asia's Top 1000 Brands ranking, a list of the top 100 brands in each market, and a variety of features and category-based reports like this one.

Now, without further ado, belly up to the bar and get served a tankard full of delicious beer facts. 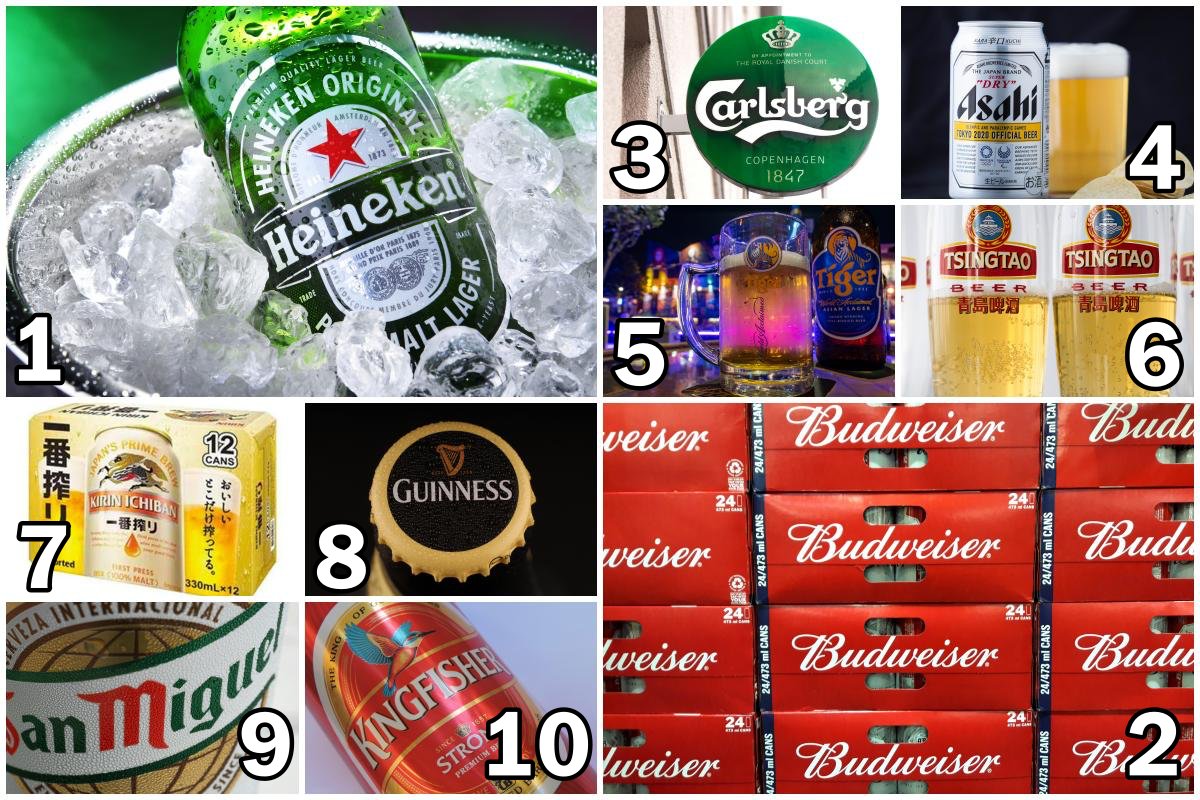 HEADY KNOWLEDGE
Still thirsty for intelligence about the beer market? Sip on these additional facts from our survey.

Specific APAC markets where Heineken is No. 1:

Other market-specific No. 1s:

Markets where Budweiser is No. 1:

Singular appeal: Brands that crack the top 10 in only one market:

Brands 11-20 across the region (alphabetical order):

The top 10 fast-food brands in Asia-Pacific