A week at the CES show in Las Vegas may be the greatest antidote to complaints that Cannes has gotten too big. With 170,000 attendees and 3,600 exhibitors spread out across 2.4 million square feet of exhibit space, CES makes the Cannes Lions look like a high school bake sale.

To help clients deal with the sprawl, ad agencies have taken to acting as consumer technology Sherpas, giving floor tours, briefings and on-site presentations that highlight the products and trends that warrant their clients’ attention. Here, we’ve distilled some of those recommendations down even further into the seven essential products that marketers need to know about.

The announcement last week that Oculus Rift was finally going on sale made headlines around the world. And yes, the fact that VR headsets may — finally — be accessible to consumers marks an important shift for brands. 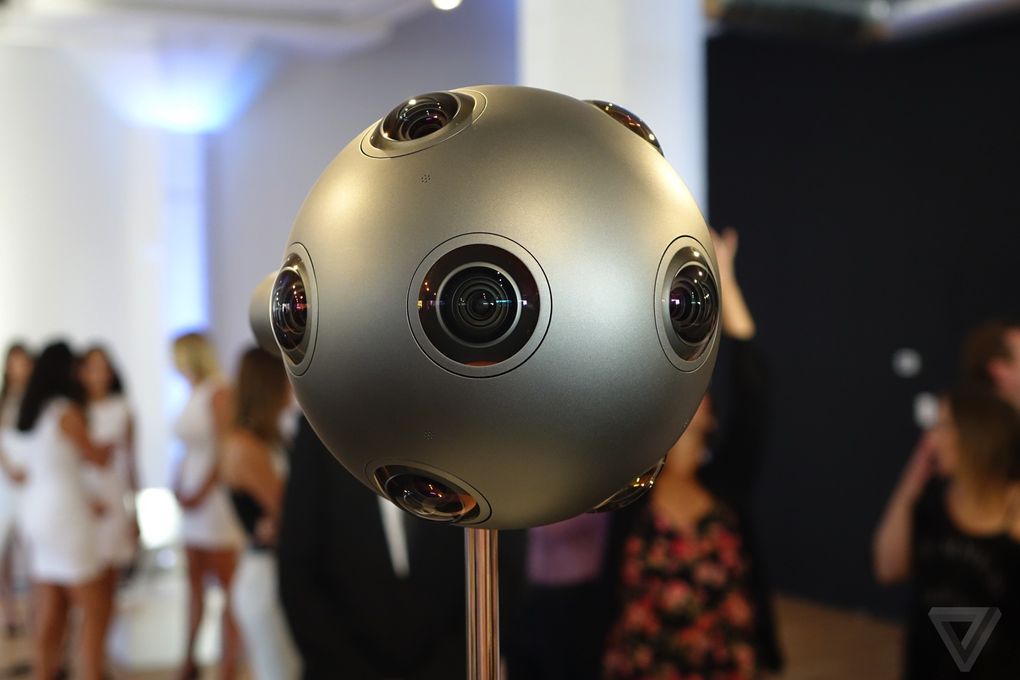 But all the hardware in the world doesn’t matter if shooting VR content remains prohibitively expensive and technically complex. That’s why the Nokia Ozo is kind of a big deal. With eight cameras and audio sensors on a single $60,000 camera, the Ozo represents the first leap forward in easy, affordable cameras for shooting VR film.

It’s also worth noting that because the Ozo captures VR video instantly, it opens the possibility for virtual reality live-streaming.

"Think of the implications here," said Ben Winkler, chief innovation officer at OMD, at a client briefing last Thursday in Las Vegas. "Concerts, sporting events. Suddenly every single person in this room can be at that Lady Gaga thing, at that Beck show. It doesn’t matter where you are."

And for amateurs who can’t afford the $60,000 price tag there is the Vuze, the first VR camera available for less than four figures. Bonus: It comes with a selfie stick.

Ford surprised audiences this year by not announcing a much-anticipated partnership with Google. Instead, the manufacturer unveiled a tie-in with Amazon virtual assistant Alexa that will allow drivers to check their gas level or battery charge from inside their home. 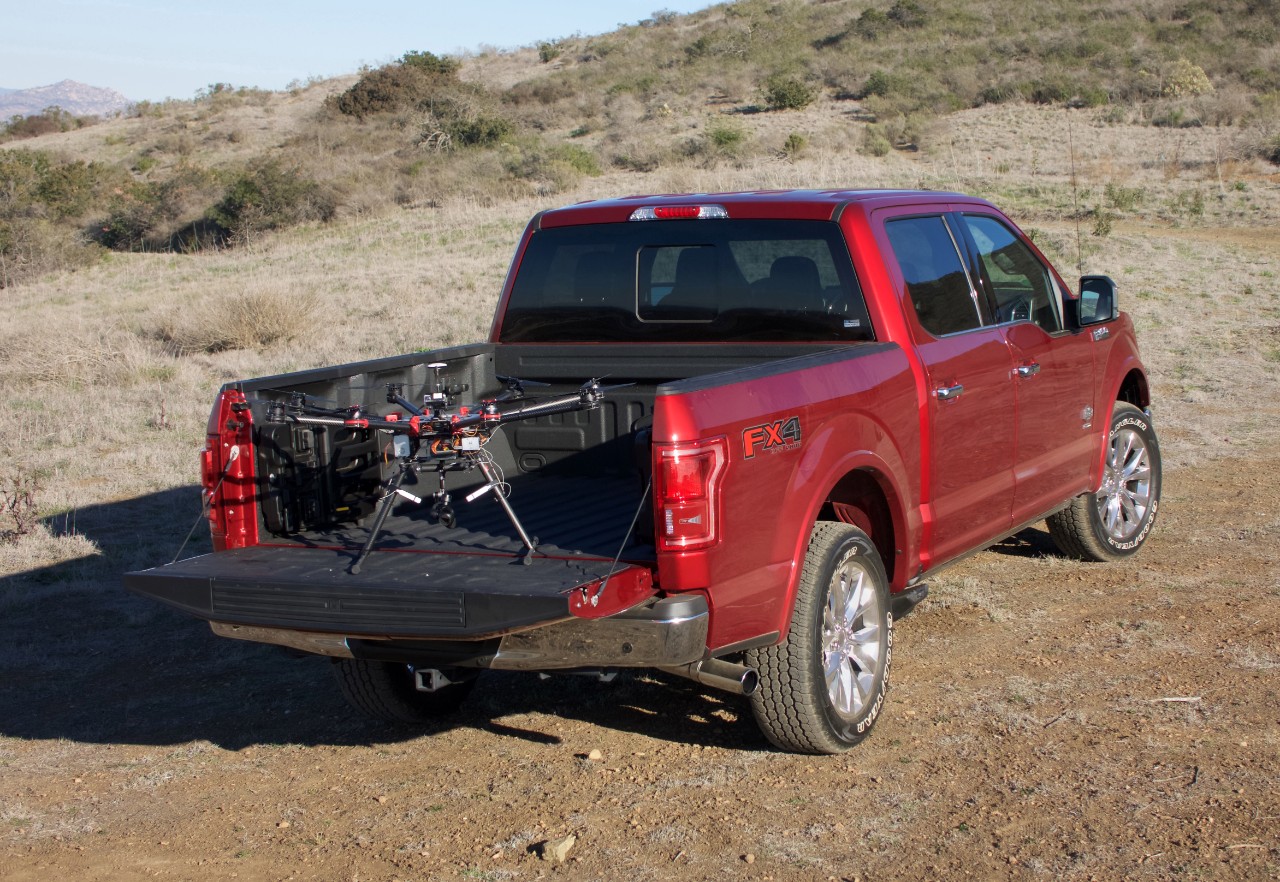 But it’s Ford’s partnership with leading drone manufacturer DJI that should interest brands looking for new ways to innovate, said Raymond Velez, chief technology officer at Razorfish. During its presentation on Tuesday, Ford announced that it was launching a developer challenge to link a drone to its F150 model using its voice-activated operating system, Ford Sync AppLink, or its open-source platform, OpenXC. The goal is to have the drone launch from the truck’s bed and take surveillance photos and video of a disaster site, then follow and take commands from the truck.

The partnership is the most notable example of a trend at CES 2016, said Velez: large and small brands working together within an open ecosystem to innovate in an impactful way.

"In the old days, an auto manufacturer would have built their own drones," Velez said. Instead, "they’re leveraging open technologies, open API’s, open partnerships. It’s a really interesting trend that we saw in terms of partners coming together."

A walk through the wearables section of CES this year felt a trip to a very big gym. There were models on treadmills and basketball players shooting hoops, all demonstrating the ways that various bands, shoes and even Bluetooth-enabled sneaker inserts could improve your health. At least for now, it seems, "wearables" is synonymous with "fitness." 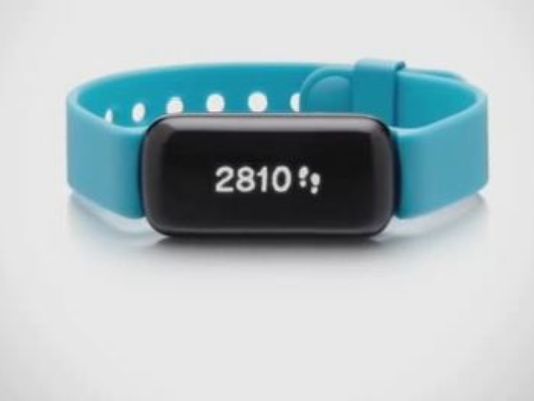 But the UNICEF Kid Power Bracelet was a standout for the ingenious way it integrated fitness with a higher purpose. Kids who wear the band are sent on "missions" to learn about other cultures. By completing missions, kids earn "power points" that unlock donations from corporate partners (Disney and Target, among them) to deliver food to malnourished children around the world.

The bracelet "is an example of how a wearable device goes beyond self measurement, and can be tied to a greater cause that makes it feel more meaningful for the consumer," said Fred Gerantabee, director of creative technology at Grey. "By tying activity to food distribution, it gives new meaning to devices that generally have a more selfish purpose."

The Internet of Things was everywhere at CES this year, from Ford’s semi-connected cars to the Samsung Family Hub Fridge. But the reality is that a whiz-bang future in which every part of your home is connected and communicative is still a ways off. Until then, behold the Push, a Bluetooth-connected device that clips onto your boring old analog light switch at home and clicks it on or off when prompted by your smartphone. 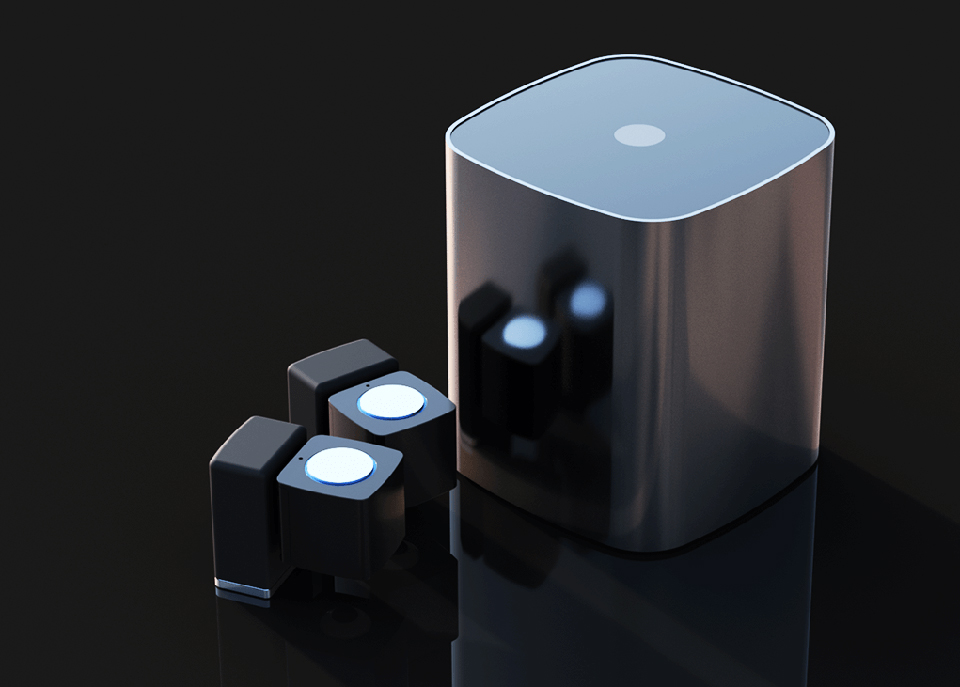 "It’s basically the Clapper for the next generation," Winkler said.

It’s an easy thing to laugh at, but it represents exactly the kind of halfway IoT measure that brands can — with a little imagination — be bringing to consumers right now. "For just $39, suddenly you have entered the Internet of Things revolution," said Winkler.

If any single image could sum up CES 2016, it would be rows of attendees seated next to one another, staring into space, with VR goggles attached to their heads. But Genworth provided a different virtual journey with its R70i Aging Experience, an exoskeleton that mimicked the sluggishness, vision problems and hearing loss that come with old age. 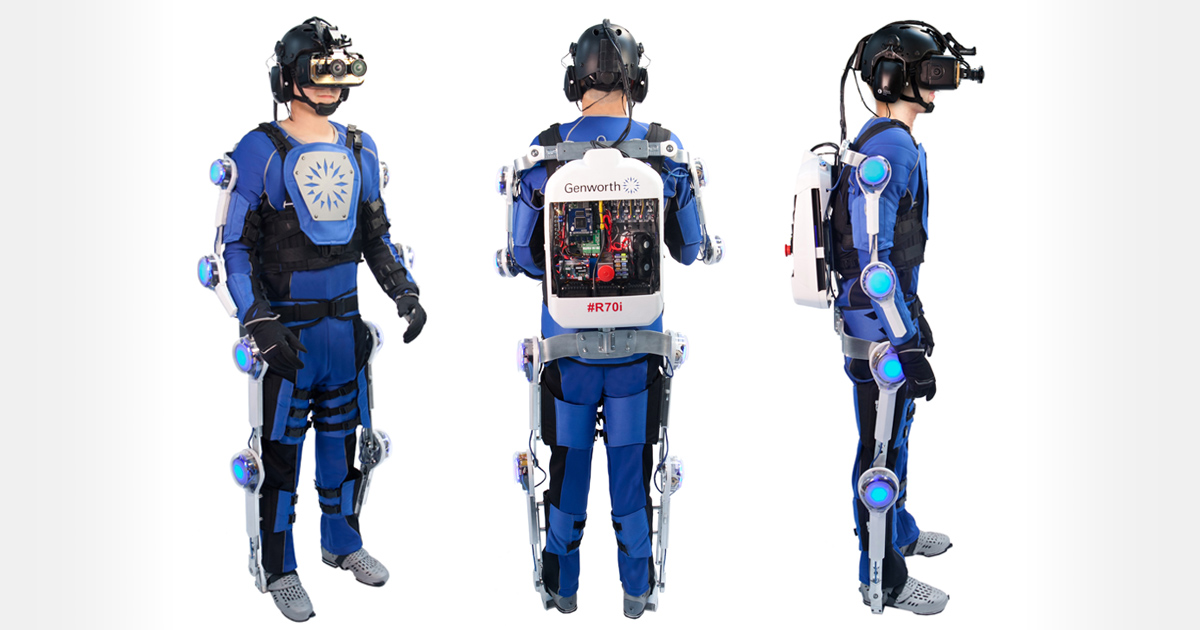 Andrea Sullivan, CMO of Interbrand, called the experience "intensely sobering," and an example of how healthcare companies can use technology to generate a deeper understanding of its core customer and the solutions they're trying to provide.

"Genworth is helping bring a more intimate understanding of aging through their virtual reality/robotic simulators," she wrote via email.  "In turn, there will be an even stronger desire — amongst innovators and marketers alike — to develop life-changing solutions for the aging and the elderly."

Under Armour’s first foray into fitness tech is the Health Box, a $400 kit that includes a wifi-enabled scale, a heart-rate tracker and a fitness band. All three devices feed into a mobile app that crunches the data and promises to produce a comprehensive fitness profile. 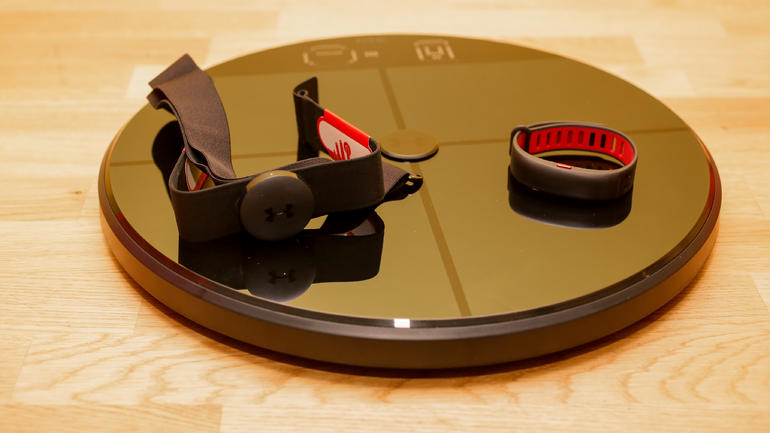 The brand reportedly invested $1 billion over the past several years acquiring and perfecting the technology, and it shows. The amount of data generated by the three devices dwarfs that of nearly any single wearable at the show, instantly accelerating the apparel company’s quest to become a comprehensive fitness brand.

The Health Box "is a great example of how an established brand is expanding its product line in the age of IoT," said Gerantabee. "It creates engagement at a level that is very personal and proximate to the consumer, and is an opportunity for the brand to have a more intimate involvement in the consumers’ daily routine." 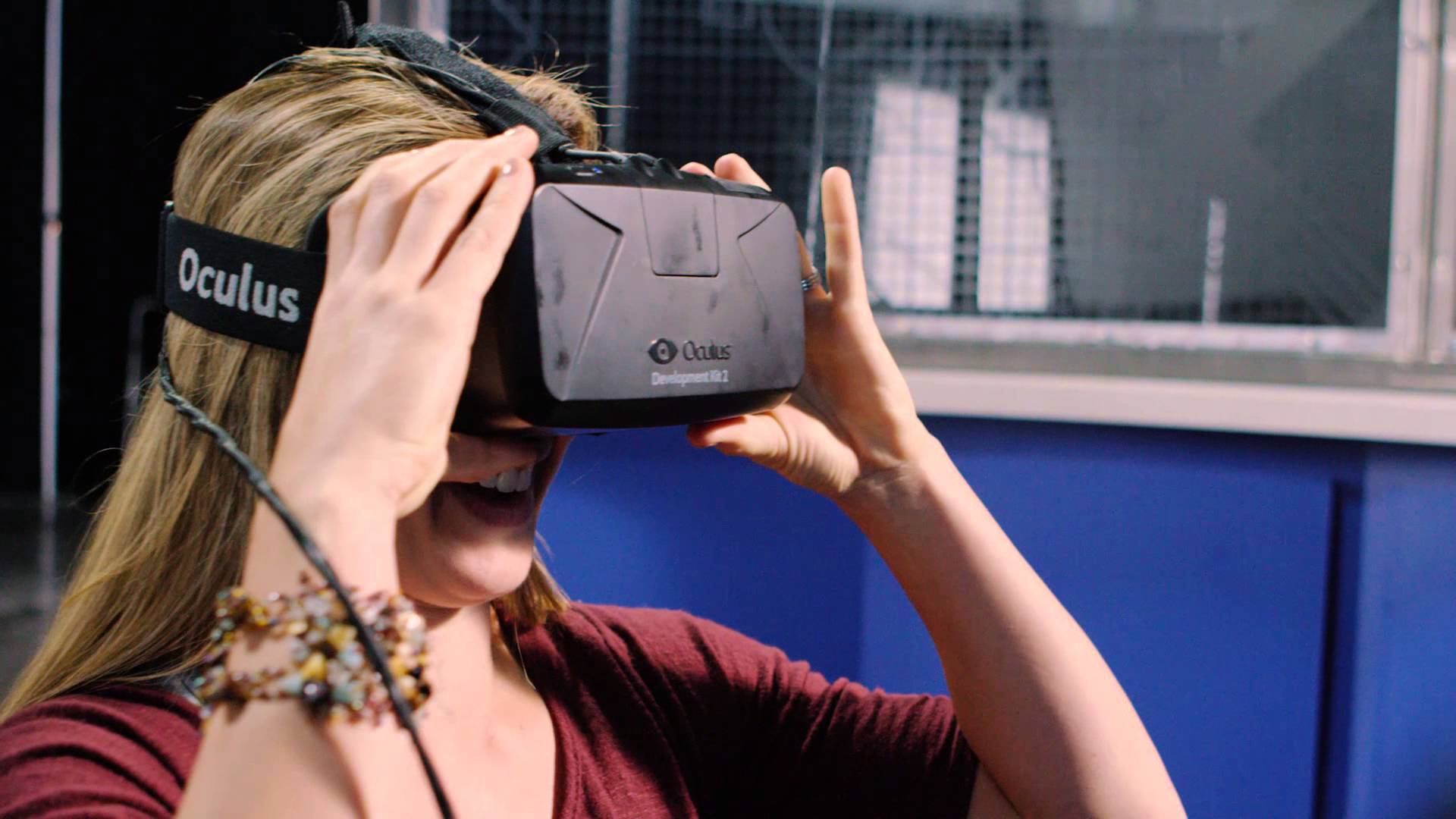 Plenty of retail outlets have software that allows customers to digitally furnish or decorate a room. But Marxent Labs wowed observers at CES with its Lowe’s Holoroom, a virtual reality experience that lets customers strap on an Oculus Rift headset and experience the room they designed.

"How do you take a store and bring it to a consumer?" asked Craig Atkinson, chief investment officer, PHD. "This is something we’ve been building to for a long time." Retailers could use the technology to let customers "try on" shoes from home, or see what that lounge chair would actually look like on their deck. "This notion of breaking down barriers to shopping is fascinating," he said.

The 7 most useless tech products of CES 2017

CES: Plug into the connect economy