An explanation for the lack of comment could be uncertainty about where to direct the conversation after SPH Media’s admission.

It is essential to highlight that the issue moving forward is not an argument about the integrity of publishers. If you are selling advertising based on reach or readership, the foundations on which your business is built need to be accurate and true. This is not debatable.

This event has brought to attention the pressure publishers feel to deliver metrics and the need for advertisers to ensure that the data that informs their media spend is validated. This is best practice whether you buy space in newspapers or pay for in-feed video ads on YouTube.

When well-managed, media with clear standards and governance can be viewed as being more reliable. This has been the advantage of broadcast and print in Singapore and explains the premium on their advertising rates. However, governance of media platforms alone is not an excuse for advertisers to accept data as it is delivered directly by the publisher or by the agencies that companies rely on.

Advertisers not only need to use third-party tools to validate media consumption data, but they also need to understand the methodology being used. How are agencies validating media owner statistics and data before using these numbers to make decisions on advertising spending? This recent question of circulation has come up for SPH Media, but it also applies to other channels. What are the sources of readership data or the volume of people exposed to billboards? Can these numbers be trusted if they are all based on what the media owners themselves declare?

A return to media fundamentals

The solution is one of education.

First, Singapore advertisers need to go back to media fundamentals; this is true particularly as the role of media has evolved. Marketers need to revisit each channel they invest in, be it traditional media or digital content, and consider what the objective and role of that channel are for their brand.

Putting Singapore’s newspaper industry into context, more than 65% of Singapore consumers get their news from social media; almost four times as many people source news from online or newspaper apps. Considering this, advertisers should ask: what’s the value of accredited journalism compared to user-generated content? What’s the relative importance (if any) beyond buying volume of impressions?

Overcoming the “fear of finding out”

In a statement released on 10 January, Wong Wei Kong, editor-in-chief of SPH Media’s EMTM Group acknowledged that the Group’s reporting would inevitably be under greater scrutiny. Despite the challenges, what SPH Media did in auditing its circulation data was the right thing to do. Many companies have a “fear of finding out” (FOFO) and, as a result, fail to establish a culture of accountability. There is always a risk of discovering inconsistencies in an audit, but without knowledge, there is no change. This is a lesson, not just for publishers but for all businesses.

Shufen Goh is the president of Association of Advertising & Marketing Singapore. 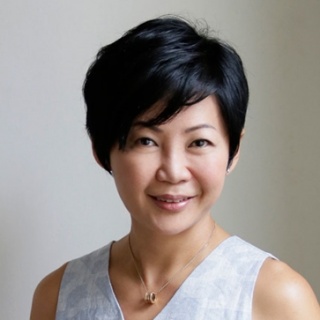