Even after NFL quarterback Colin Kaepernick sparked a nationwide controversy in the US, few people recognised his voice. But in two minutes, one of Nike’s most polarising films gave him a microphone.

Kaepernick, who came into the spotlight for his protests against racism and police brutality in the US, fronted Nike’s "Dream crazy" campaign last year. A simple outdoor ad – showing his face in black and white with the copy "Believe in something. Even if it means sacrificing everything" – triggered a backlash against the brand and created a cultural moment.

"Dream crazy" won the Outdoor Lions Grand Prix in Cannes on Monday and added a second Grand Prix, in the Entertainment Lions for Sport, Tuesday night. The campaign, by Wieden + Kennedy Portland, is touted to win more. John Patroulis, jury president of the Outdoor Lions and worldwide chief creative officer at Grey, said the ad was "elevated above almost everything… it is one of the most iconic images in advertising in recent years".

Nike followed up the outdoor execution with a film also starring Kaepernick. Lance Acord, who co-directed the spot through Park Pictures along with Emmanuel Lubezki and Christian Weber, said it was crucial that Kaepernick was the narrator because of how little the public had heard his voice until then.

"Part of the controversy surrounding Colin Kaepernick’s protest has been how little we’ve actually heard from him. I don’t think many people recognise his voice," Acord said.

"Imagine if this were Muhammad Ali voicing this ad in the 70s – you would know from frame one who’s voicing this. He was very eloquent and articulate and outspoken. Kaepernick is not. He’s shy and his actions speak way louder than his words."

On the few occasions that Kaepernick has spoken publicly, he sometimes "lacked the ability to articulate clearly exactly what it is he’s doing", Acord added. Kaepernick’s reserved demeanour, paired with the rehearsed speaking patterns he learned from his media training as a professional athlete, made it challenging for the directors to elicit a personal and genuine performance from him.

"[Kaepernick] doing the voiceover was a discussion at some point internally – is he going to be able to deliver the performance that this needs? Where everyone landed is, regardless of his ability to deliver a voiceover performance, it’s more important that it be his voice," Acord said. "When you land on him and realise who we’ve been listening to, that’s really impactful."

Kaepernick appears in the ad alongside a mix of top sports professionals and emerging stars, such as wheelchair basketball player Megan Blunk, and their stories are linked together through a series of projected images on a city skyline. Acord and the team came up with the idea to use projections because they were not able to shoot all of the athletes in a short time-frame.

"The main practical consideration in regards to directing [Kaepernick] was to keep it quite simple, knowing full well that what we needed more than anything was a really good performance," Acord explained. "I felt like Colin delivered. He fully embraced the feeling and message of the film."

"Dream crazy" premiered during the NFL season opener in September 2018, marking the 30th anniversary of Nike’s "Just do it" campaign. The work caused a controversy in the US, with some protesters burning their Nike trainers.

But for Acord and his fellow creators, the inevitable backlash "was not at all a consideration" as they seized the chance to amplify Kaepernick’s story. "It’s something we’re proudest of right now," he said. 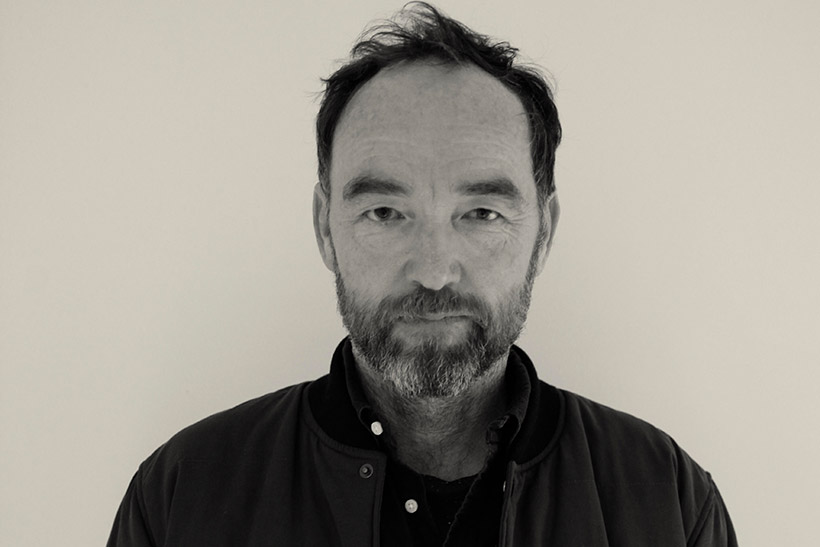 Acord has directed some of the most awarded and recognised commercials in recent years, for brands including Volkswagen, Apple, Google, Sony PlayStation, Adidas and Procter & Gamble.

"What advertising teaches you more than anything is the economies of storytelling – how to articulate an idea or tell a story succinctly in a very short, controlled amount of time," he said. "It’s really getting straight to the essence of something – an emotion, an idea, a specific performance. If done well, you can learn a lot from making ads."

Here are three of Acord’s best ads, including another Nike classic.

Nike’s "Jogger" was nominated for a 2013 Emmy for Outstanding Commercial. Created as part of the brand’s campaign for the 2012 London Olympics, the film captures "this idea of greatness in athletes that exists everywhere", Acord said: "It’s not about being the best at something, it’s about just getting out there and doing it."

It focuses on a real teenage boy, discovered at a high school in Ohio, who went on a weight-loss journey and got into shape after appearing in the ad. "Often when you do a campaign, there are ones that are more sleeper scripts, which somehow capture the spirit of the campaign and emerge as the more memorable work. I love it when that happens," Acord recalled.

This Christmas ad won the Emmy for Outstanding Commercial in 2014. It tells the story of a boy who seems to care more about being on his phone than spending time with his family during the festive season – until it turns out he has been creating a video of their holiday the whole time.

The charming tale of a boy, dressed as Darth Vader, who truly believes he has The Force, went down as one of the most beloved Super Bowl commercials of all time.