whatsapp 0 whatsapp 0 Facebook 0 Tweet 0 linkedin 0
Warner Bros. Discovery expects to incur as much as $4.3 billion in restructuring charges through 2024. Most of the costs are due to revamping its content operations and ending developmental projects.

For example, WBD has killed-off content like Batgirl, Batman: Caped Crusader, and a new Looney Tunes movie called Bye Bye Bunny: A Looney Tunes Musical. These restructuring changes have seen more than 1,000 people have been let go since April, with more cuts coming, according to The Wall Street Journal.

Despite the uncertainty ahead, James Gibbons, president and managing for the Western Pacific at Warner Bros. Discovery (WBD), believes there are a lot of opportunities and challenges for the new entity.

"In the last few months, we have been trying to put in place the structure of our workflows, processes and strategic goals," Gibbons tells Campaign Asia-Pacific on the sidelines of the Asia Video Summit 2022.

"We have come to a position now where we are clear about where we are going. First of all, we are a content IP company at our core, which is very important because there are many different media companies on the planet."

He adds: "We are very much built around the content and intellectual property that we make whether it is movies like Black Adam, a TV series on HBO like House of the Dragon, the animation for our kids' programs, the DC Comics universe, CNN, and all of the Discovery Channel content across Discovery itself." 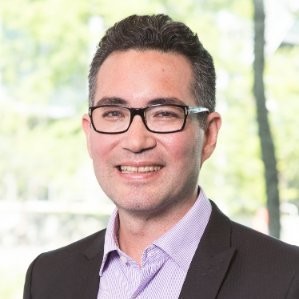 Gibbons notes that while WBD's content and IP reach "significant audiences", there is no point in having all that content if the company does not distribute it.

For example, WBD has linear channels and streaming platforms like HBO Max in the US. That knowledge and its soon-to-be-announced combined streaming service, which is set to launch in Spring 2023 in the US and in key APAC markets in the second half of 2024, mean that WBD has a distribution network globally that it needs to build on and manage optimally.

"We also have our franchises, all the content about our characters and stories. For example, Harry Potter is not just a movie and not just a game," says Gibbons.

"Millions of people are involved with the Harry Potter universe whether they watch the movie on TV, go to the Harry Potter studio or buy the merchandise. So it is a group immersed in that world, meaning there is a whole consumer experience. That is important for us to build this experience because there is a lot of value within franchises."

What Asia means for WBD

Historically, Gibbons says Japan was more of a network business on the legacy Discovery side, where Discovery could grow to a certain level. On the Warner Brothers' side, those markets already played a vital role in its movies, games and consumer products. Japan, for example, was WBD's most significant market for the Fantastic Beast movie.

House of the Dragon

While Australia and New Zealand are smaller markets in terms of GDP for WBD, there is a "robust engagement" with its English language content, Gibbons says.

"We have already reached a significant portion of the audience in Australia, which means that when we launch our streaming service, we are in a position to essentially convert that audience from a third-party to a direct connection. So these markets will be significant for us in the next 12 to 24 months," explains Gibbons.

Putting together a coherent digital advertising proposition will be one of WBD's most significant challenges because they need to explain to advertisers what audience they are reaching and the cost per thousand for them to plan their campaigns.

In the linear world, that was defined, which means everyone knew how it worked, but the rise of streaming has seen a fragmented offering for advertisers.

For example, premium video advertising is crucial for WBD's studios and broadcasters. The company has to build a new market and a new set of economics around that content because it is not keen to operate at the rates in the current digital market. 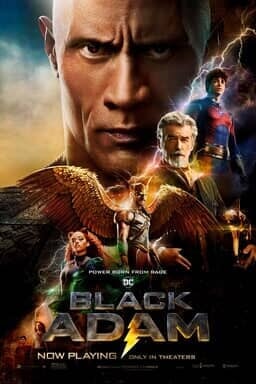 "It is a big job, but if you look at how the countries are tackling it differently, like Australia and New Zealand, where we have our networks, digital trading is getting pretty organized. There are measurement systems now that are common to the different platforms so that you can offer someone a coherent digital package," says Gibbons.

"If you look at Billboard Advertising Australia, the advertising on the streaming services operated by Channel Nine, Seven and 10, that is a huge market, and they have completely defined all the trading terms of how that works. So it is up and running and working very well. However, each country will go about it slightly differently."

Consumers are considering their monthly subscription costs more than ever before, so streaming platforms like Disney+ are looking at packaging and bundling services to relieve some consumer frustration.

Gibbons points to YouTube's announcement last week, saying it brought in less money from advertising than the previous year in the wake of a slowing economy and competition. "We are in a situation where the world events play out in that sense. So no one is underestimating the challenge we are facing, but at the same time, what we are trying to do as a studio and broadcaster is to define the market around premium video advertising," says Gibbons.

"I hope by doing that we would buy market share. We are not growing a completely new market on top of what currently exists because that would be challenging."

WBD's strategy and priorities for growth in 2023

Looking ahead, the first thing WBD needs to do is to make sure that it has completed its organizational changes and are committed to team culture, says Gibbons, noting that everyone needs to collaborate to work towards a common goal.

"Culture is relevant because you cannot be effective without that. But, beyond that, we need to look at how we are optimizing our windowing," explains Gibbons.

A windowing strategy defines the periods in which a particular type of media is allowed to screen films. For example, a feature film is first released in theatres, then on DVD, pay-per-view/video-on-demand (VOD), and broadcast TV.

"If we do not optimize our windowing, we leave value on the table. When you spend a lot of money on a program and invest a lot of money in a series, you have to get the windowing right. Otherwise, you are not creating value and not enabling yourself to invest in the show as we advance. It is a complicated business because the windowing in every market is also different."

Finally, for WBD's upcoming combined streaming service, Gibbons says it is essential for the company to get that up and running in markets where it can have a fast start. The plan now is to launch in the US first and then other markets.

"Some markets will take longer. However, we have identified plenty of markets where we can launch the service."

SPH Media scandal: Is trusting media to deliver on ...