Karen Nelson-Field's research is built upon the axiom that most people don't like ads and pay very little attention to them. It's an adage as old as advertising itself, but its truth has been heightened by social media's shortening of content and incessant distractions. In this environment, advertisers have three to four seconds to captivate a consumer "if you're lucky", Nelson-Field says.

Nelson-Field has dedicated her career to how to maximise such fleeting attention through creative triggers, such as reversing the brand reveal and embedding unexpected sound elements, for example. But this is fruitless without the right metrics, she believes. The majority of her latest book The Attention Economy and How Media Works, explores how the ad industry's current planning and buying model—for the most part falling into either performance or brand buckets—is inhibiting its ability to capture attention. A new currency is required, one that actually measures attention, she believes.

"What advertisers are currently measuring isn't performance, in most cases," Nelson-Field tells Campaign Asia-Pacific. Commonly used metrics like cost-per-thousand (CPM), which refers to the price an advertiser pays per 1000 impressions, "is not commensurate at all with performance", in Nelson-Field's view. An impression is the measure of whether an ad was displayed, and must meet the MRC standard of 50% of pixels in view for two seconds. But this is "just an opportunity-to-see", and it stops short of understanding whether a consumer saw or interacted with the message.

Engagement-based metrics, such as video completion rate or cost-per-completed-view (CPCV), viewability (pixels-in-view) and time-based metrics (time-in-view), have been positioned as solutions to this.

These metrics "were a great way to at least ring-fence some of the rubbish that was in the worldwide web", acknowledges Nelson-Field (pictured below), "but it's time to move on". "Ad length and time-in-view have zero relationship with human attention," she says. "The reason why that is, is because you could be holding your phone, and you don't want to lose your page so you are keeping it active with your thumb, but you're looking somewhere else, talking to your friend."

Nelson-Field's company, Amplified Intelligence, developed technology five years ago to measure how much attention online users were paying to ads. It found that even after viewability standards are applied, on average only 50% of impressions are looked at, the majority of which are not fully in view.

These findings are compounded by the fact that the media research that the underpins ad decision-making—questionnaires that ask consumers what they did or saw—is "completely flawed". There is often a great distance between what a consumer thinks they did online, versus what they actually did, she suggests.

Attention-based metrics, on the other hand, use advanced technology to remove the guesswork from measuring the effectiveness of an ad, claims Nelson-Field.

The technology behind attention

Australia-based Amplified Intelligence has developed an app which uses the camera on a PC, mobile phone, tablet or TV to film the gaze of a user as they watch an ad. The app focuses on measuring users across social-media platforms Instagram, Facebook and Twitter, and TV and video platforms YouTube, broadcaster-video-on-demand (BVOD) and linear television.

The attention score is combined with device variables such as how fast the user scrolled, whether they orientated their phone, whether they were wearing earphones, whether the sound was on and at what volume, how much clutter was on the screen, how many pixels were in view.

The app also has a video player functionality which intercepts the ad load, so each user receives the same ads across a viewing session. Once the participant has finished viewing, they are directed to a virtual shopping experience with a product choice survey. This allows the app to link the attention score to business outcomes. One of the measures it uses is short term advertising strength (STAS). STAS is an index of 'did buy and exposed to ad' against 'did buy and not exposed to ad'. By eliminating from the count the people who would have purchased anyway, STAS is said to be a more accurate representation of sales uplift.

Amplified Intelligence finds study participants via local panel providers. Users are asked three times to consent to permit the app access to their camera. The footage is translated into numeric data and is not viewable to the company. When all steps are complete, the gaze tracking app is made redundant on the user's phone.

So far, Amplified Intelligence has collected data across over 40,000 test ad views from six countries across six platforms/modes of delivery and eight ad formats.

The company has built its data into a media planner that is currently being trialled in 23 countries. The tool, AttentionTrace, offers media planners and advertisers the ability to compare how platforms perform across its unit of measure, active attention seconds. 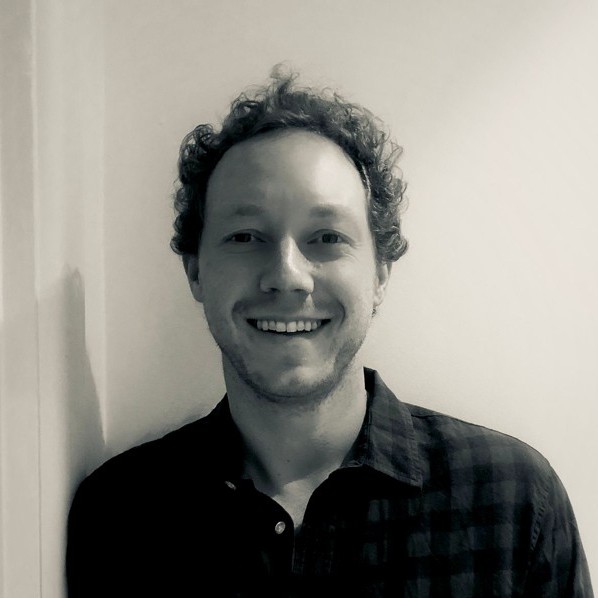 "Attention signals align more closely with understanding campaign effectiveness and getting a deeper understanding of the impact that each impression is having," explains Jonathan Beguely, senior client partner, Oracle Advertising (pictured).

Moat is encouraging its clients to think about consumer attention as a currency. But Nelson-Field is very aware that changing a currency doesn't happen overnight.

"The American currency took 20 years to change, and the reason why is because people are nervous, and people are connected to legacy coins or legacy metrics. When your whole planning systems and your buying systems are forged around metrics that are global, it's hard to change," she says.

In addition, more exploration is needed on the relationship between attention, quality and cost. The researcher is concerned that shifting gears too quickly could cause advertisers and agencies to "frack for attention"—focusing on the lowest cost versus the highest amount of attention.

"If we are going to change currency, we need to make sure that we boost the ecosystem by paying more for good quality ads and publishers, which then fosters the ecosystem, versus just driving short-form clickbait ads," she says.

For this reason, Nelson-Field does not believe an attention CPM is a viable replacement metric "at this moment", and is instead pitching attention-based metrics as supplementary to existing metrics.

"How I look at my job for the next five years or so is to show people how this data can weight existing data in their systems and adjust those existing metrics. We talk about attention-adjusted reach, share of voice, budgeting or buying. My job is to say, 'this platform has more attention than this platform'. And then you adjust your CPM around it," she says.

"Eventually it'll become a currency. At the moment we're way off."

'Attention will become mainstream in 2022'

Nelson-Field claims interest in Amplified Intelligence's attention research and media planner, which launched in late 2020, has been "overwhelming", with every major holding company working with the firm.

Several factors are responsible. Emerging from advertising blackouts during the first months of the pandemic, advertisers have a renewed interest in effectiveness, Nelson-Field believes. Apple’s tracking changes and the deprecation of cookies in Chrome is expected to restrict available inventory, further emphasising the need for marketers to prove the efficacy of every dollar spent. And as studies continue to spotlight the murkiness of the digital ad supply chain, marketers are "crying out" for transparent metrics.

"Why would advertisers invest in the attention economy? Because they know it is data that offers some transparency where the metrics they have now don't," says Nelson-Field. Fundamental issues within adtech, such as ad fraud, cookie deletion, programmatic leakage, means "no one trusts programmatic buying, clicks, CPM, device metrics, or reach anymore".

For many marketers, the biggest inhibitor to investing in new processes or technologies is cost. But Nelson-Field, who wants to encourage advertisers to spend more on quality, doesn't see this as an issue for the attention economy.

"We are not telling advertisers to spend any more money, but readjusting their media mix so they are spending their budget more wisely. Not everyone has more money to spend, so there needs to be a switch out," she says.

This is how OMD, which Nelson-Field cited as a "leader" in the attention economy, has been exploring attention metrics with its clients. "When it comes to the question of return on investment, existing media mix, vendor mix strategies and formats can be optimised for clients based on their strategic goals (whatever the proxy is) by looking at attention. For example, we found that some platforms with premium inventory performed a quarter higher than the average of the others tested, or that higher coverage inventory yields higher active attention. In optimising towards these learnings, a greater cost-effectiveness may be achieved," explains Chris Stephenson, APAC chief strategy officer of Omnicom Media Group (pictured).

It appears as though optimising for attention translates to increased spend in premium platforms, and a reduction in user-generated platforms such as TikTok. But Stephenson is quick to add that short-form ads will still play a role in the media/vendor-mix in the future. "These may as well be a benefit in certain strategic circumstances and objectives," he suggests.

"Measuring attention adds to more understanding of how specific channels and placements are consumed, and the impact they have. This is particularly the case for sectors that have been challenged in connecting impressions to sales such as non-direct to consumer CPG where click, sale and attribution metrics were less meaningful. For brands that are more response-based, measuring attention helps define incrementality and optimise attribution," explains Stephenson.

Is APAC behind other markets?

Amplified Intelligence is seeing the majority of interest in attention driven out of Western markets—Australia, Europe and the US. It is planning to roll out its tool across Android phones and tablets soon, after which it hopes to drum up interest in Asian markets Singapore, China, India and Singapore.

This would suggest that Asia-Pacific is further behind in embracing the shift to attention, but industry experts are torn.

Oracle Advertising's Beguely says there is still a need across APAC to establish verification as a baseline, so viewability, invalid traffic (IVT) and brand safety remain the primary focus for marketers.

Stephenson believes APAC marketers have the same priorities as other markets: "Pretty much every client we talk to and partner with cares about one thing above all else—growth. This is as true in APAC as it is in other parts of the world. To suggest that APAC-based clients aren’t behind a growth mindset isn’t reflective of the dynamic and innovative expansion we are seeing from APAC brands."

Beguely goes on to acknowledge that "the tide is turning across APAC, and marketers are increasingly looking to attention metrics to gauge campaign success".