Created by Dentsumcgarrybowen London, "Discovery is calling" begins as crowds of people emerge from lockdown to see a red box in the middle of a desolate road.

"Curiosity leads to discovery," a voiceover declares as drinkers flock to bars in search of "the dry, crisp karakuchi taste" as signalled by neon red lights.

Launching today (27 July) across broadcaster VOD, out of home, digital and social activity, the work was created by Angus Macadam, Laura Mcgovern and Sarah Watson, and directed by Noah Harris through Agile Films. The lead media agency is Dentsu X, while UK media buying is handled by Wavemaker.

"In recent months, consumers have been faced with the most unprecedented of situations—the familiar has become increasingly unfamiliar and people have become passengers on a journey which has been completely out of their control," Daniel Grass, global brand director of Asahi Super Dry, said.

"Through this social situation, people have also learnt the art of discovery, finding interesting new things to do, create, eat and drink—to enrich their experiences and change the rhythm of repetition. We hope the spirit in which this campaign has been created will support that curiosity and appeal to consumers who are yet to experience the unique taste of Asahi Super Dry."

The campaign comes alongside an on-pack promotion giving consumers the chance to win a trip to Tokyo or a (decidedly less cool) Asahi Super Dry beer foamer, which will allow them to deliver the "karakuchi" serve from the comfort of their own home.

It is Dentsumcgarrybowen’s first campaign for the brand since winning the creative account in January.

Gareth Collins, chief executive of Dentsumcgarrybowen London, said: "The team has done a fantastic job launching an ambitious new global campaign in a world full of so much uncertainty.

"We pride ourselves in being able to unlock the latent potential in our client’s brands and in 'Discovery is Calling', we have done just that for Asahi." 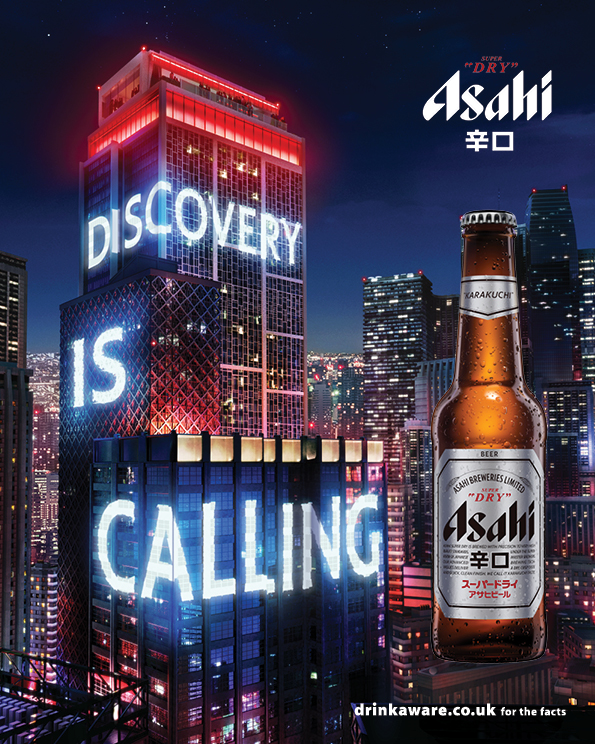 What Dentsumcgarrybowen aims to accomplish