Facts which cannot be ignored (but the archaic, failing marketers continue to): Women are estimated to control around 75% of discretionary spending worldwide by 2028.

The purchasing power of this sector has been underscored with new research from Pinterest, which combed through its data points to serve up some lesser-known ways the platform is being used.

Yes, Pinterest’s female consumers are using it to find ideas for travel, home and family clothing choices. But, the how-tos and inspiration go far beyond these, from tips for buying their first home to traveling solo and negotiating salary.

The platform—which reaches six in 10 US women, eight in 10 mothers and 75% of millennial women—is celebrating all the ways consumers are using it to take more control of their lives this International Women’s Day.

Over recent months, searches around embracing single life by women have shot up nearly 50%. Meanwhile, solo trip inspo has experienced a 63% increase, and "how to buy your first home" searches saw a rise of 124%. A total of 18% of US homes were purchased by single women last year, according to the National Association of Realtors.

And there’s a lot to be said for the rise in those looking for "decision-making activities" (36%) and "independent women quotes work hard" (419%).

Pinterest’s data unearthed most female consumers either have a side hustle or are interested in starting one. The term "business ideas start up" has seen a 941% increase in recent months. Meanwhile, "how to ask for a raise at work" jumped 254% and "negotiating salary new job" enjoyed a rise of 32%. 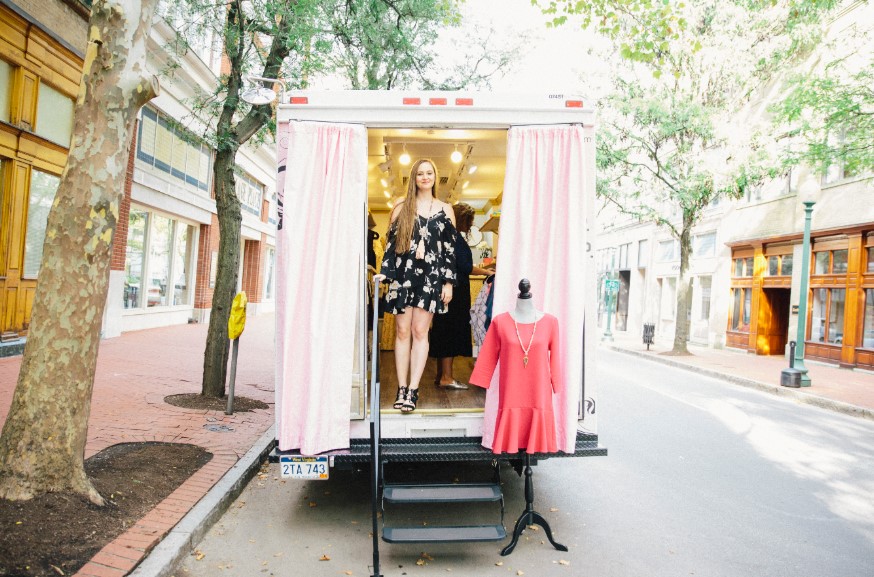 The findings highlight user stories. Mikayla Dent was sitting in a college class in Charleston, West Virginia, when she saw a Pin for a mobile boutique truck and she thought "I could do that." One year later, she started her first business at 18 and is successfully expanding into a retail location.

She told the platform: "I think Pinterest was truly vital because I would have never had the idea for the truck or probably would have never stumbled upon it for at least a few more years until it became more common around me.

"I truly don't think I would have found them any other way to get that idea, which I then chose to pursue and go after. Pinterest kind of allowed me to look at stores across the country or feel like I had shopped at other stores or gotten to know other stores' brand images and their colors and what they're all about, down to the little details."