All the shortlisted teams The winning team, with judges 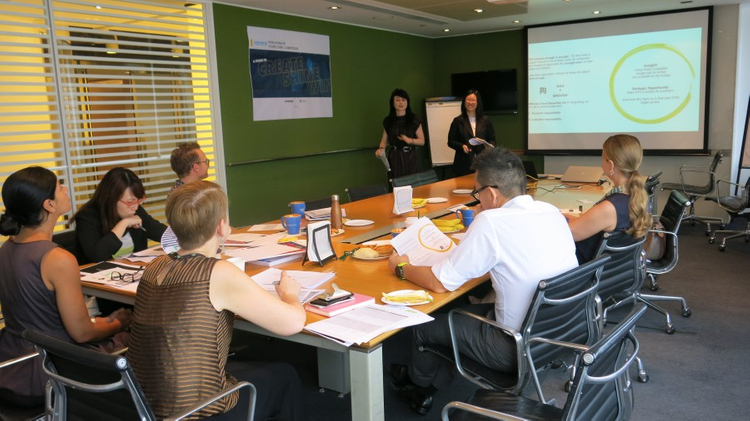 The winning team making its presentation The winning team reacts to its victory

The competitors were asked to devise a campaign for a fictitious NGO that rescues edible surplus food from restaurants and other sectors of the food industry. Following strict guidelines, the food is then prepared as hot meals and redistributed to those in need in Hong Kong.

The call for entries went out in April, and shortlisted teams presented their ideas to a panel of judges on 18 May.

ideas ranged from a fictitious character called Big Jack that encouraged consumers to not waste food to the winning programme, which was based on the Cantonese word gau (够, meaning 'enough').

“The winning team developed a strong idea based on a real understanding of what is driving the waste food problem in Hong Kong," the judges reported. "Their entry stood out because it was highly original and their theme was cleverly woven into every aspect of the campaign, ensuring its sustainability over the longer term. Fundamentally, the judges believed the idea would work. The team also delivered a convincing performance, bringing their idea alive with passion and energy.”