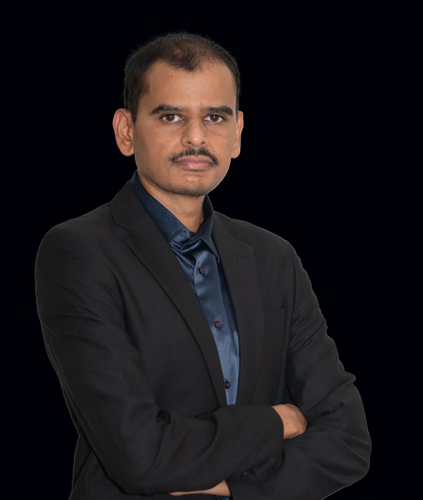 Edelman has named Alexandra Pao as its new Taiwan MD, reporting to Adrian Warr, CEO of Hong Kong, Taiwan and Thailand. In her new role, Pao will build on Taiwan’s strong client portfolio and evolve Edelman’s services in the market to be more digitally focused. Leveraging her background in content and integrated marketing communication, she will also drive the development of a creative, digital content studio to serve not only clients in the market, but the broader Edelman network. Pao has had more than 20 years of experience in the industry, most recently as the MD of Lion & Lion. Prior to that, she held business director positions at Dentsu and Leo Burnett. At Edelman, Pao will replace Peter Tou who will be moving to a regional role based in Hong Kong.

Dentsu Aegis Network NZ promoted Claire Beatson from her role as head of strategy for WiTH Collective, where she oversaw work for ASB Bank, into a newly created role as general manager of strategy for the whole network. She will be responsible for growing the strategic offering for Dentsu across New Zealand, leading a multi-disciplinary team of strategists across channel and creative capability, the agency said. She will continue to lead strategy for ASB Bank. Beatson joined WiTH Collective in October 2019 prior to which she held senior strategic roles with both Special Group and AKQA. She is also the CEO and founder of Nod Luxury Sleep, a wellness company.

Australia-based ad fraud prevention specialist TrafficGuard appointed Jennifer Burrington as senior vice president of sales for North America following an AU$7.5 million (US$5.3 million) funding round, which will be used to accelerate the company’s expansion across North America and Europe. Burrington was previously SVP of global sales and revenue growth at Interceptd and also has Kochava, Verve, Conversant, Sprint and Electronic Arts on her CV.

Integrated creative agencies FILTR and QINGWA announced they are merging to form a new global agency network. The 55-person combined group has operations in Singapore, Hong Kong, Paris and London and offers expertise in design, production, marketing, PR & communications, and digital. The companies will continue to operate separately but in parallel during the first phase of the integration, with the only immediate crossover occurring in Singapore, where QINGWA Singapore will move into FILTR’s new offices. An announcement on plans for the new integrated structure and brand will be made in due course. Melanie Viquel, Olivier Grometto, Alex Cook, Nick Sutton, Keanai Seang and Lucy Hillyard are appointed as the board of directors. Grometto, Cook and Hillyard will be based in Singapore, Viquel in Hong Kong, Sutton in London and Seang in Paris. Viquel and Grometto are the co-owners of QINGWA, and Cook and Sutton are the co-foundes of FILTR.

In Singapore, Electriclimefilms added to its roster That Jam, aka the directing duo of Samuel Hurlock and Joe Beverley. The company will represent the pair exclusively for the MENA, APAC and Australia markets. They have worked on campaigns for brands including Strongbow, Google, Lenovo, and Adidas.

Mindshare Asia Pacific appointed Sumeet Parab as managing director of Mindshare Taiwan. He moves from Jakarta where he has been the WPP lead on the Unilever business for Indonesia. Mindshare Taiwan's previous leader, Susan Chao, was promoted to CEO of GroupM Taiwan in 2018 and continued to serve as Mindshare CEO. Parab will report to Chao and Amrita Randhawa, CEO of Mindshare APAC. Parab joined Mindshare’s Team Unilever in Indonesia in 2014 after more than a decade with Kimberley Clark. He was tapped to lead Mindshare Team Unilever in 2016 and then took on his current role as WPP lead for the client.

Sam Wood  is Alpha Digital's new CEO, stepping up from his previous role as general manager. The promotion also brings a transition for the founder and managing director, Matt Cooper, who has now become Alpha Digital’s chairman and is focussing on first time advertiser focused agency, Springboard Digital. Alpha Digital’s restructure comes off the back of new hires in March when Tobey Bower joined as commercial Director and Grant Collins as head of digital experience. After a promotion to client strategy director, Chris Lockwood will now take over some of the day-to-day client responsibilities from Wood.

Brand performance and media agency, ForwardPMX, has been appointed by Mulberry to lead the British luxury brand's performance marketing program in China. The engagement includes organic social and biddable media, as well as overall campaign management across key local platforms in the region, such as Weibo and WeChat. Managed through the agency's Shanghai office, the teams will be focused on reaching social-savvy luxury consumers in China with communication and e-commerce strategies aimed at the channels that are most relevant to their lives. ForwardPMX will also be tasked with generating high quality traffic and driving conversions through Mulberry's expansive digital properties.

Fork Media Group has launched ContextAds, a programmatic platform to enable marketers to adopt a holistic approach towards digital advertising. Through this platform, brands get granular details like sentiments, entities, content categories and user intent and don’t have to rely on just  keywords and categories to make ad decisions. ContextAds enables brands to take an ad decision through its AI/ML backed platforms while helping marketers establish a stronger brand connect.

Following a competitive review, BonusLink, a rewards program in Malaysia, appointed PHD Malaysia and its content arm, Drum, to manage its integrated communication and media duties. PHD, in partnership with influencer marketing network Getcraft, will deliver communication strategies, creative and content production, media planning and buying for the brand. BonusLink has partners including Shell, Parkson, AmBank, Focus Point and Agoda. This is the first time it has announced an integrated agency partner. PHD Malaysia has already delivered a campaign under the refreshed brand philosophy of “Every moment is a bonus'.

The OHCHR (Office of the United Nations High Commissioner for Human Rights) has appointed Host/Havas Sydney to the United Nations’ Free & Equal (UNFE) global public information campaign for LGBTI equality. The agency has been tasked with reimagining the UNFE campaign’s website by reviewing the site’s architecture, and recommending and implementing a new digital CMS platform, along with front-end design and visual identity.

PUSH, the international culture marketing agency, has appointed Mike Sunda to spearhead its expansion into Japan. Sunda, who will hold the dual roles of managing director and strategy director, was the former lead strategist at MullenLowe Group Japan.

SPH Magazines has appointed Eugene Wee as its new head. Wee will take on this position concurrently with his present role as head of media strategy at Singapore Press Holdings, continuing to propel and expand the magazine’s business with its digital-first, audience first strategy.

Bray Leino Splash (formerly Splash Interactive Group) has made two senior-level appointments to its management team in Singapore and Malaysia. The digital marketing agency, which is majority owned by The Mission Marketing Group, has named Joshua Lee as MD of its Singapore office and Efrain Lopez as client services director in Malaysia. Lee formerly worked at Digitas as connected experience practice lead, while Lopez was previously the head of innovation at Maven Road. Last year, the agency hired Charles (Cam) Lindquist, previously the CTO/ Business Operations Director (Ford) from VMLY&R Asia, to become its group chief technology officer and general manager in Vietnam. And in the China office, it hired Jimmy Yeung, previously the head of technology from Labbrand, to become technical director. Bray Leino Splash has recently won work from NTUC Income and BW LPG.

Hill+Knowlton Strategies Greater China promoted Emily Yin from vice president to senior vice president of Greater China and head of business development in the Guangdong-Hong Kong-Macao Greater Bay Area. She will lead the Guangzhou and Shenzhen offices and closely collaborate with the Hong Kong office. Yin has been with H+K for over 12 years, with experience in brand strategy consulting, corporate communication, B2G/B2B communication, and crisis management.

S4 Capital company MightyHive appointed Ryo Matsuzaki as Japan country manager. He joined MightyHive as senior director in 2019 and has led the launch of the Japan business. His previous experience includes an AI startup company and Google Japan.

Tencent, the authorized distributor of Nintendo Switch in Mainland China, has named TBWA Shanghai as creative partner for its marketing campaigns after a pitch. The scope includes strategic and creative services including the development of integrated and e-commerce campaign content. Earlier this year TBWA China was named creative partner in China for Riot Games, League of Legends World Championships 2020, which will be hosted in Shanghai later this year.

Mainland programmatic DOOH (digital out of home) company Doohken Network appointed Victor Zhang as managing director, effective immediately. He has 17 years of experience in digital media technology, the last 10 in OOH. He joins from Broadsign, where he was China lead and APAC sales director.

Bacardi Global Brands selected BBDO India to handle the strategy and creative mandate for Dewar’s. The account will be handled by BBDO India in Delhi.

The Kancil Awards 2020 and the Kancil Creative Festival 2020 have been postponed until 2021, the Association of Accredited Advertising Agents of Malaysia (4As) reported. New dates will be announced in due course.