Gen Z cares about health, but they aren’t using traditional sources for health information, according to a study released by Mediahub Worldwide.

The study, which surveyed 1,000 Americans between the ages of 18 to 75 years old in January, showed that 43% of Gen Z and millennials rely more on social media for news now than they did before the pandemic—the highest percentage among all demographics. 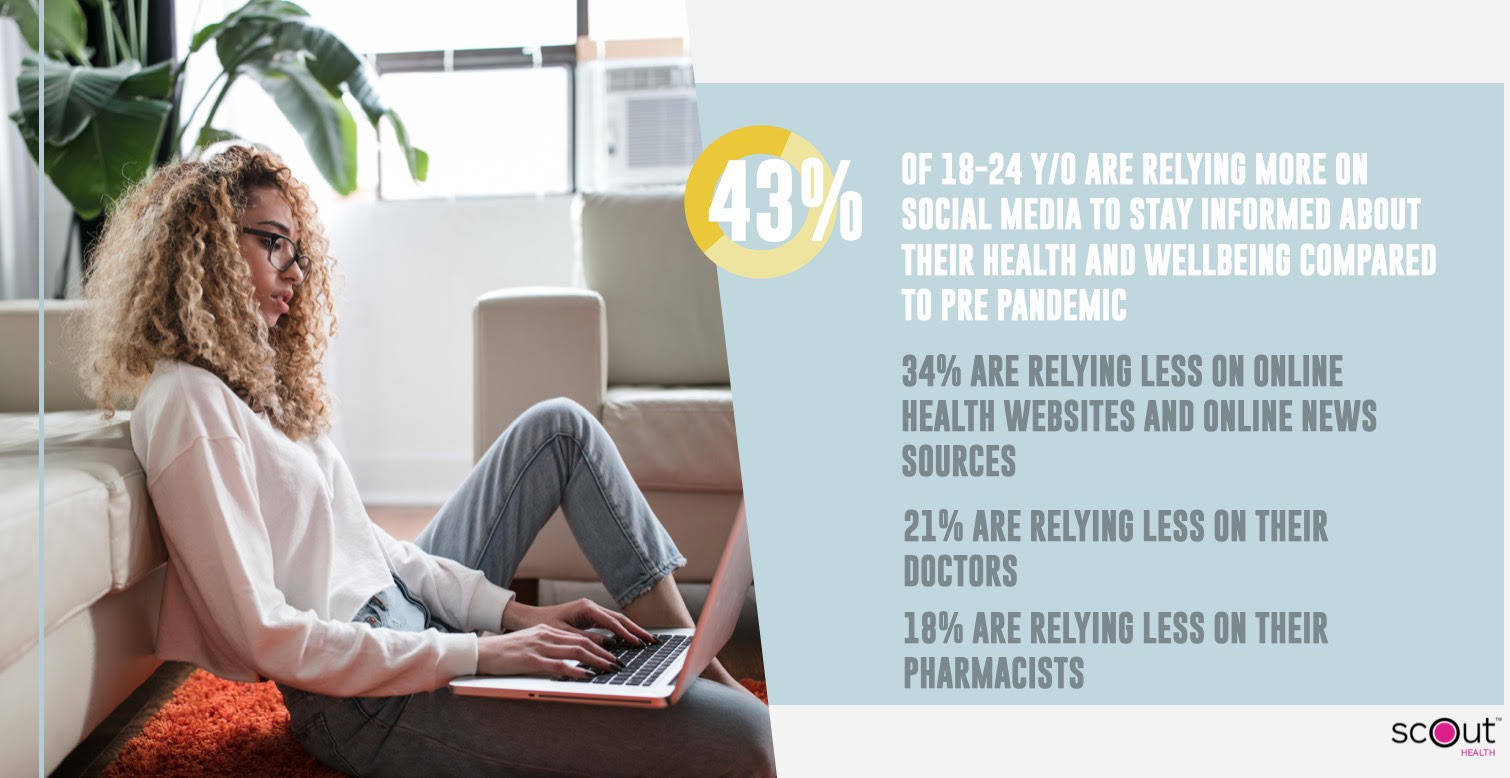 The trend is also prominent among multicultural audiences of all ages, which have historically expressed mistrust in traditional healthcare systems.

According to the study, 41% of Hispanic consumers use TikTok for health information, which is 37% higher than average. Meanwhile, 25% of Black consumers say social media discussion on prescription drugs is more important today than it was pre-pandemic, and 40% of Asian American and Pacific Islander consumers report relying more on social media to stay informed about their health.

The data represents a trend toward self empowerment as it relates to health, Fermon said.

“We're seeing that younger consumers are taking the control and power in their own hands and looking for health information themselves that’s credible and clear in a variety of ways, like on TikTok or Snapchat or Reddit,” she said. “From an agency perspective, there is real power in embracing these conversations.”

Agencies and healthcare brands can get ahead of the shift by using social listening tools to learn about people’s concerns, specifically around vaccine hesitancy.

“Social media is where [people] equip themselves with information to have more honest discussions with their doctors and healthcare providers. And historically, multicultural consumers have been harmed by health care systems,” Yun said. “That relatability they can find on social media makes it a really valuable tool for them to take claim and control over their health, especially during this time.”