Facebook’s founder and CEO claimed user experience may worsen as it strives to address data safety and security challenges.

Mark Zuckerberg was speaking at the European Parliament as he faced a grilling by politicians in the wake of the Cambridge Analytica scandal on Tuesday.

He said Facebook is "going even further to comply with the strong rules" of the General Data Protection Regulation (GDPR), which comes into force for EU citizens—and all companies dealing with EU citizens—on May 25 by introducing similar settings to users around the world.

One of the new features poised to roll out is a "clear Facebook history" button. Zuckerberg said it would work much like clearing cookies on your web browser, but could make user experience more difficult—in the same sense that clearing browser history means users must sign back in to certain websites.

"The bottom line is that hate speech, bullying, violence, all this content has no place on our services," he stressed. "But in order to execute that, we need to upgrade and do a better job of executing our policies.

"Our policy for most of the history of the company has been to have our community flag things to us and for us to react. Now we think our responsibility is greater."

He said now Facebook has the ability to develop more AI tools to flag the content upfront, adding the company can and will employ tens of thousands of people to monitor this.

Addressing fake news, Zuckerberg said Facebook has identified three main sources of problematic content: spam; fake accounts and; people who are well-meaning but share something that is provably false.

Facebook is working with third-party fact-checkers as a result. If these fact-checkers prove a piece of news to be false, Facebook will append something to the content to prove it’s wrong and try to give it less reach. Zuckerberg refused to answer whether or not Facebook should be broken up to avoid a monopoly market power. He also didn’t explain how changes to data protection will impact digital advertising. 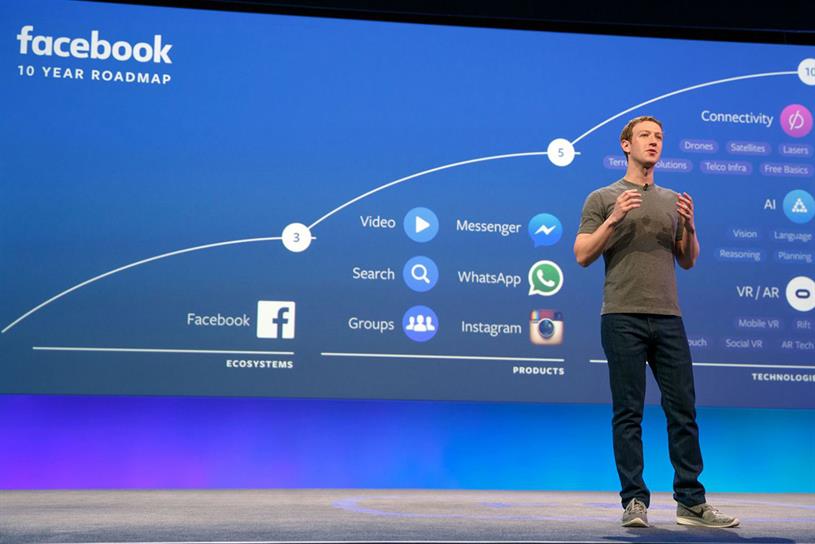 Facebook’s revenue soared in Q1 and it continued to add new users in its first earnings report since the Cambridge Analytica scandal.

It reported a 49 percent year-on-year increase in revenue. Daily active users were at 1.45 billion on average for March 2018, while monthly hit 2.2 billion. The growth was mainly due to people joining from Indonesia. Both represent an increase of 13 percent compared with the same time last year.

Zuckerberg praised the results back in April, but said there is still much work to be done and admitted "we didn’t do enough to prevent the tools from being used for bad."

He said: "Despite facing important challenges, our community and business are off to a strong start in 2018.

"We are taking a broader view of our responsibility and investing to make sure our services are used for good. But we also need to keep building new tools to help people connect, strengthen our communities, and bring the world closer together."

At the time, Zuckerberg said 2018 is a year of important investment to keep people safe. The company is developing new tools to assist safety, security and privacy. In addition, Facebook is building  AI tools to help take down fake accounts.

Away from Facebook, Zuckerberg welcomed news that now 100 billion messages are shared every day on WhatsApp and Messenger.

The firm will continue to develop ecosystems around apps like Instagram to aid businesses. Asked where he sees the future of Instagram, Zuckerberg said he’s seen interesting patterns in how the community is used.

He said that while there is no formal Groups product on Instagram, more than two million people use Explore to interact with people and search content outside their friendship group.

Hashtag following, which was launched in December, has also proven wildly popular with more than 100 million people following hashtags. He’s also noticed an increase in the use of private stories. Zuckerberg will be looking to capitalize on these trends.