Havas Media follows in the runner-up spot, with a new biz balance of $495 million, while WPP's GroupM is placed third with a wins-versus-losses balance of $405 million.

The weakest performing media group, which Recma declined to disclose, lost a total of $1.49 billion this year.

In terms of new business wins alone—not deducting losses—GroupM agency network MediaCom leads the way, having won more than 15% of the total amount of the $13 billion at play.

Recma analysed more than 600 account moves that took place from January to November 30 across 55 markets.

These moves include all major international advertisers, as well as local/regional accounts of more than $10 million. The data includes recent agency changes by Unilever (strategic planning), Deutsche Telekom, Opel and L'Oréal. 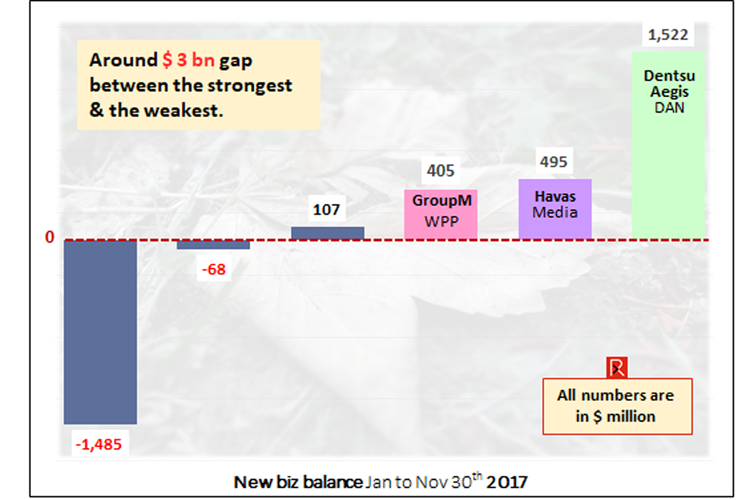