As more markets open up, consumers are emerging from their homes and and returning to physical stores. This shift has had a direct bearing on the earnings of Amazon, which reported worse than expected financials for its latest quarter.

Without the robust performance of AWS, its cloud-services business—which reported operating profit of $4.88 billion on revenue of $16.1 billion—the company would have posted a loss for the quarter.

Looking ahead to the fourth quarter, Amazon forecasts sales between $130 billion and $140 billion, which translates to growth between 4% and 12%. The company expects its operating profit in the fourth quarter to be in the range of $0 to $3 billion. 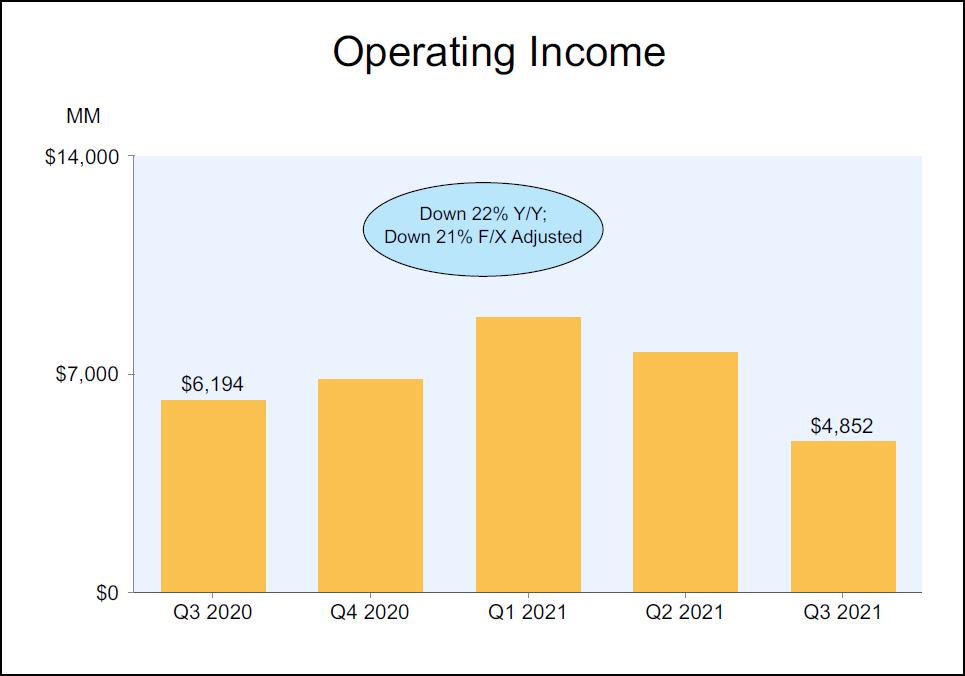 Some of this softness can be seen when we break down its performance by geography. Operating income in North America was down to $880 million in Q3 versus $2.25 billion a year ago, even as net sales went up from $57.1 billion a year ago to $64.6 billion. The firm's international business fared even worse, as it fell into the red with a loss of $911 million, compared with operating profit of $407 million last year.

In addition to the pandemic ecommerce boom waning, Amazon, like many other companies, also battled supply-chain bottlenecks.

The firm will spend billions of dollars shoring up its supply chain as it seeks to break these bottlenecks, including hiring 275,000 permanent and temp staff.

"It’ll be expensive for us in the short term, but it’s the right prioritisation for our customers and partners,” CEO Andy Jassy said in a media statement. Amazon will take a $3 billion charge to finance these plans, CFO CFO Brian Olsavsky told reporters on a post-results call. Amazon has doubled the size of its "fulfilment network" or warehousing capacity, since the pandemic began.

"Amazon Advertising continues to grow quickly, representing the significant majority of 'other' revenue, which grew 49% year-over-year in Q3," CFO Olsavsky told analysts. "We're seeing strong adoption across Amazon vendors, sellers, and authors, as well as brands that don't sell in our store, particularly as we've built out our streaming TV offerings."