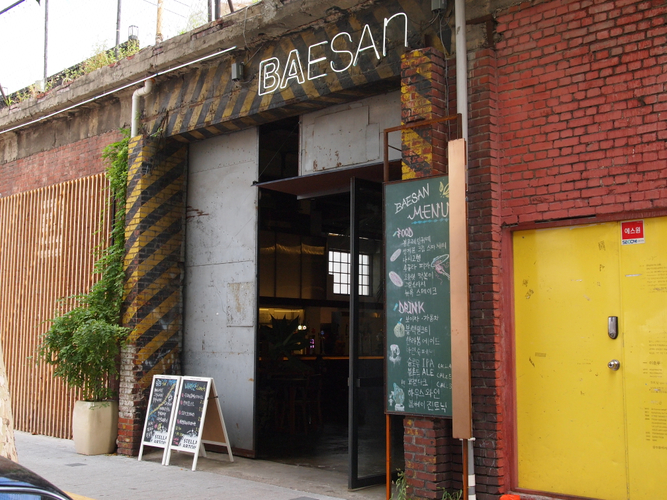 Decrepit industrial sites-turned-hip arts enclave such as the 798 Art District in Beijing and Baesan Archive in Seongsu-dong, Seoul, have been on the radar of event planners driven by the rising preference towards unconventional locations.

The latter, known as 'Seoul’s Brooklyn', located in a former shoemaking district, has been listed in the Seoul MICE Alliance under its unique venue category earlier this year. The listing allows the venue to enjoy subvention benefits for international events that come in the form of financial support such as 10,000won (US$9) per-international participant for international conferences and meetings with 50 or more foreign attendees.

Being an industrial establishment until recently, Baesan has high ceilings and exposed brick and beams. The spaces available, however, are relatively small, with its biggest hall being 396sqm and accommodating 200 people (standing). Other spaces available include a 1490-sqm hall and a hall with a rooftop space of 270sqm, as well as an adjacent indoor space of 205sqm. The venue recently hosted the Galaxy Fan Party celebrating the launch of the Galaxy Note 9 model in late August.

Ji-Mal Kim, president of Baesan Archive told CEI that the art installations backdrop at the venue contributed to the creative vibe of the party. One of the main features of the Galaxy event was for visitors to use the S-pen to draw and send live messages. Popular actor Jo Dal-Hwan was present at the event to share his experience of using the S-pen to overcome dyslexia, besides exploring the art of calligraphy.

Kim said he intends to support up-and-coming artistes as much as possible by featuring their work in the venue’s gallery. “Baesan plays an important role in Seongsu-dong’s larger urban regeneration efforts as a popular unique venue, so we want it to reflect the neighbourhood’s distinct, creative energy,” said Kim in an email reply.

He contended that the venue currently does not have an events production team, but pointed out that such a facility is not necessary since most events that take place in Baesan are executed by external agencies. “Each event will have its unique design and needs, for which we will rearrange, add, or remove equipment and furniture to accommodate,” said Kim. “Our primary goal is to help event planners customize our space to meet their specific needs."

Meanwhile, corporate and business events at Baesan will likely help to increase foot traffic to the area’s cafés and other F&B outlets. The catering for the Galaxy Fan Party, for instance, was provided by Baesan Café.

On the venue’s events bookings, Kim said most of the clients, including global brands, are sought through local event planning agencies. Among of the highlights this year include the MINI Brand Day by BMW in April, the Asia Cities Culture Forum organised by Seoul Foundation for Arts and Culture in August, as well as Nike’s Battle Force Seoul, the art-and dance-battle activity just concluded over the weekend.