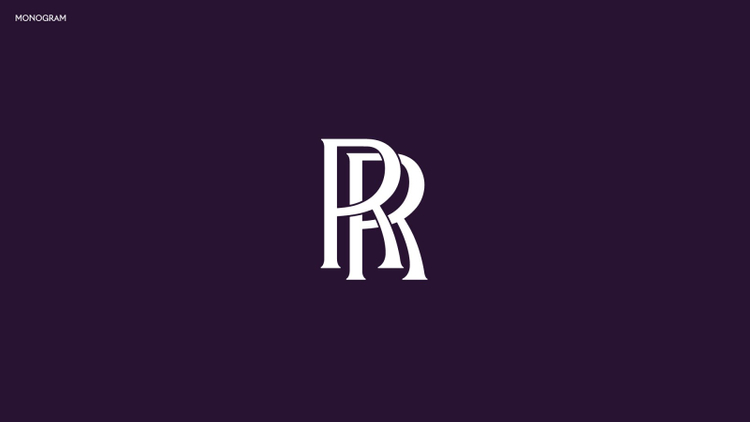 Rolls-Royce today unveils a thorough revamp of its visual brand identity, which includes a new wordmark, new usage protocols for its double-R monogram and badge, and both a makeover and a literal change of direction for its 'Spirit of Ecstasy'—the winged figure that adorns the company's cars.

Executed by design agency Pentagram, the new identity rolls out in September. (A rundown of the changes and an explanatory video appear below.)

The average age of today's Rolls-Royce buyer is just 43, and markets around the world are increasingly important, according to the company. So the challenge was to develop a visual language that would remain true to the brand's heritage while also appealing to affluent buyers regardless of their age, their geographic location or the medium in which they encounter the brand.

“As the marque's digital presence increases, there has never been a more important time for the visual language of the company to reflect our standing as the leading luxury brand in the world," said CEO Torsten Müller-Ötvös. "We have embarked on a fascinating journey of modernising our brand identity to echo those changes seen in our portfolio, our client demographic, their lifestyle and the luxury world that surrounds them."

Speaking to Campaign Asia-Pacific, Richard Carter, the company's global communications director, said China is now the brand's second largest market after the US. Meanwhile, Korea is coming on strong, Japan remains important, and even markets such as Myanmar, Cambodia and Vietnam, where the company "didn't have a dream of selling cars 10 years ago", are generating Rolls-Royce buyers.

The majority of Rolls-Royce cars sold are bespoke models—blank canvases with a great many customisible elements that buyers get to dictate. Carter admitted that some of the choices people make cause him to gasp when he sees them, but asserted that that's precisely the point. "We always like to say, we are not the taste police," he said. "We do not go around saying 'No, we don't think you should have a pink car with green doors and purple upholstery'. If that's your taste, and you love it, and you find that beautiful, then we are here to service that taste."

How does all this filter through to the new visual identity? "What feels particularly pertinent from Asia at the moment is, there's such a vibrancy, there's such a dynamism to those markets," Melanie Evans, Rolls-Royce's general manager of client and brand, told Campaign. "They're so progressive and they are developing so quickly." APAC clients are exciting to work with because they're among the most progressive in terms of their ideas about modern design. "And they are some of the most challenging in what they expect from the brand, because they want it to be more vibrant," she added. "They want it to be more contemporary. Those conversations, particularly spurred on by some of our Asian and Chinese client interactions, have really forced us to examine how we portray the brand."

Here's a look at the changes the brand is making:

Adorning Rolls-Royce prows since 1911, the winged figure will play a more prominent role across all types of materials. Pentagram engaged Chris Mitchell, a noted illustrator of brand and identity icons, to distill the form. The brand also decided to turn the figure 180 degrees so that it is "boldly facing the future, reflective of the marque itself".

Pentagram also created a new visual treatment of the 'Spirit of Ecstasy', called The Spirit of Ecstasy Expression. Featuring concentric lines, the element melds a technical feel with the flow of a fine fabric, and Pentagram has created a digital tool that will spin out versions for a variety of uses.

The 'Badge of Honour' that appears on the hood of every Rolls (a double-R and the words "Rolls Royce" enclosed within a vertical rectangle) is not changing, but will appear only on the marque's cars. A double-R monogram (without the rectangle or the brand name) will replace the badge in marketing collateral. Meanwhile, the wordmark 'Rolls-Royce Motor Cars', has been redesigned to de-emphasise 'Motor Cars', and Pentagram found typography in the brand's archives from the 1930s to inspire an art-deco style reworking.

The signature colour is 'Purple Spirit', with a metallic rose gold as a complement. “Purple Spirit has a deep and powerful tone," said Sami Coultas, bespoke colour and trim designer at Rolls-Royce. "It is a colour of modernity that evokes connotations of the dark and majestic night. It has an energy that conjures emotion with thoughts of strength and ambition." The rose gold adds "elegance and grace".

The chosen typeface is Riviera Nights, which comes from the same family as the brand's previous font Gil Sans Alt, and has been enhanced with bevels.