Reebok may have won the race for plant-based footwear—quite literally.

The brand has drawn a serious line in the sustainability sand by launching the Forever Floatride GROW following three painstaking years of development.

Those behind the trailblazing innovation, made with castor beans, algae, eucalyptus trees and natural rubber, argue that it rivals the best performance running sneakers on the market.

"With Forever Floatride GROW, we’re replacing oil-based plastic with plants," said Bill McInnis, vice president, Reebok Future. "The biggest challenge in making a shoe like this was developing plant-based materials that could meet the high performance needs of runners.

"During the three years we spent developing this product, we heard loud and clear that the idea of a plant-based running shoe resonates strongly with serious runners. But those same runners felt just as emphatically that they would never compromise on performance. The Forever Floatride GROW is the result. Plant-based performance—with no compromise."

The new plant-based running shoe, which will launch in Fall 2020, is an updated version of Reebok’s award-winning Forever Floatride Energy. Each component was meticulously researched and tested in order to identify the most sustainable natural ingredients that would meet the high performance standards required for a best-in-class running shoe. 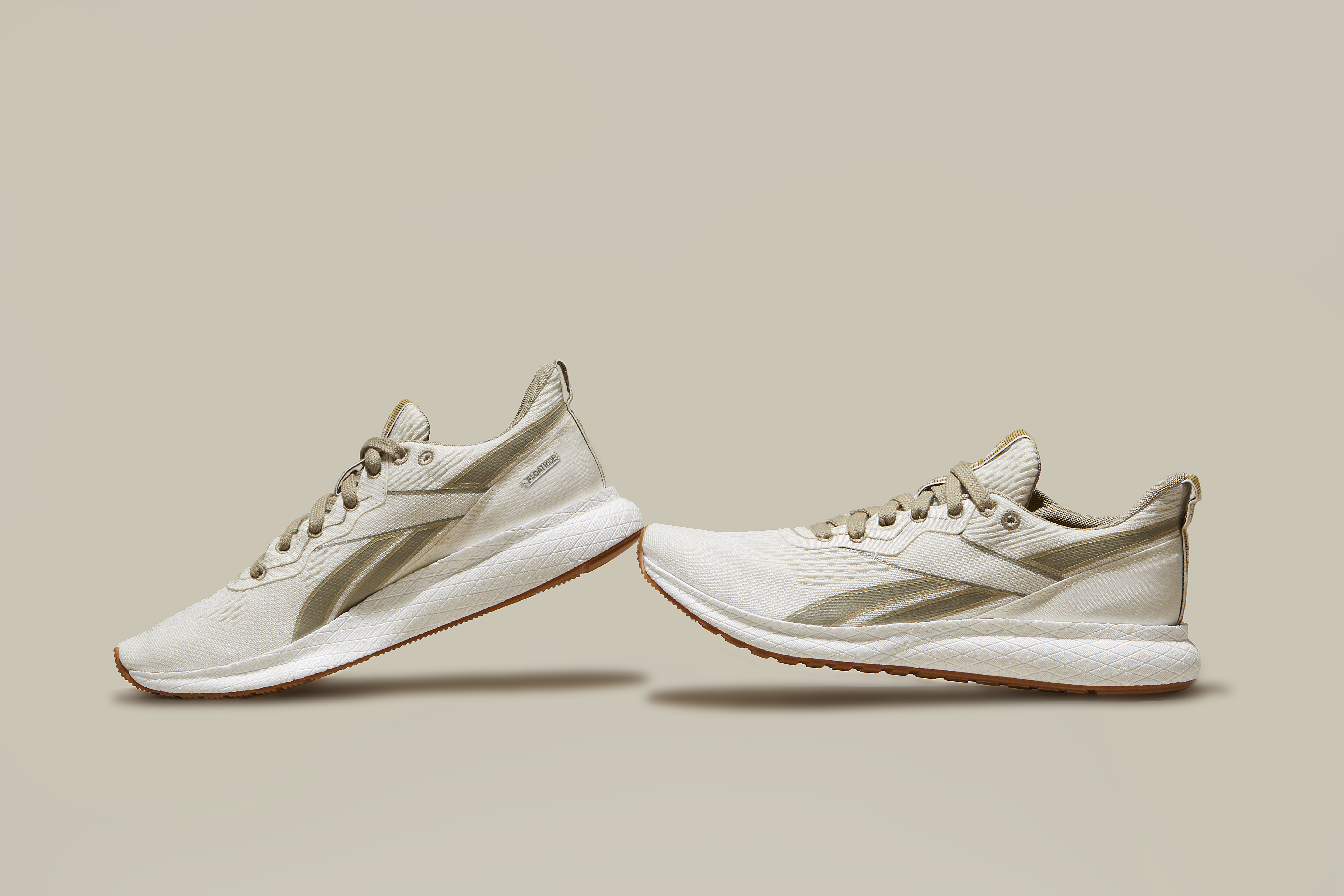 The most significant sustainability advancement is the shoe’s highly cushioned, responsive midsole, which was exclusively developed by Reebok with the Sekisui corporation in Japan.

Its midsole is built from sustainably grown castor beans and maintains the high performance and lightweight cushioning standard of the original Forever Floatride Energy. The eucalyptus tree upper is naturally biodegradable, sustainably sourced, strong and breathable. The sockliner utilizes Bloom algae foam, which is harvested from invasive growth areas and is naturally odor resistant. Finally, the flexible, durable and responsive natural rubber outsole is sustainably sourced from real rubber trees, rather than the petroleum-based rubber featured in other performance products. 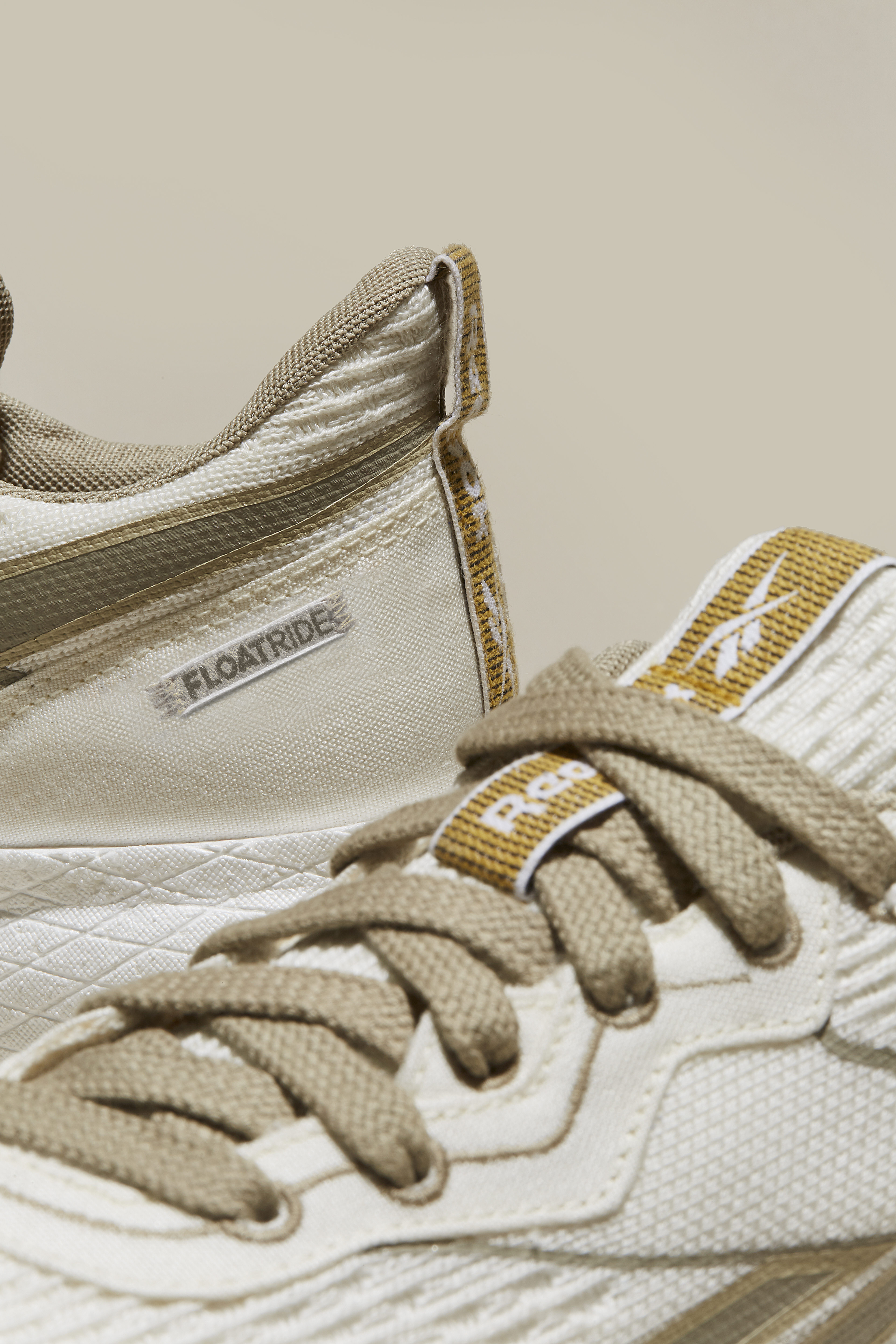 "The earth is a runner’s arena, and we have a responsibility to help detox the world for the athletes who run in it," said Matt O’Toole, Reebok Brand President. "Our Cotton + Corn collection was the first step in making shoes from things that grow. Now, we have taken an award-winning running shoe, the Forever Floatride Energy, and reinvented it using natural materials to create what we feel is the most sustainable performance running shoe on the market.

"Our consumers have told us they want more sustainable products, and the running community has been the most vocal and passionate on this issue. We want to help runners perform at their best, while also feeling good about the products they wear."

Reebok is focusing sustainability efforts under two pillars: [REE]GROW, which centers on the creation of products from natural materials and; [REE]CYCLED, which focuses on creating products using recycled or repurposed materials.

Reebok is committed to reducing virgin polyester from its material mix and eliminating it altogether by 2025.

Last month, O’Toole told Campaign US that while "many people would say sustainability is a challenge facing our industry—and all industries—we see it as an opportunity. In fact, it’s the single biggest opportunity we have as brand, and it’s a major focus for us now, and in the future."

The launch of this new product comes just weeks after Reebok unveiled a refined logo as it doubles-down on its position as a lifestyle brand that fuses fashion and fitness under an overarching warrior cry to be yourself, unapologetically.