Can you believe that Cannes is almost upon us? It feels odd to get excited when we know that, for so many, the pandemic and war still greatly affect life. So it is with endless gratitude that we reunite in person for the first time in three years to celebrate the best of what we do.

I can’t remember the last time there was so much buzz around sitting in dark screening rooms for days, debating and rating ideas, getting inspired and just catching up with old friends.

If there’s one thing I can tell you after looking at this year’s crop of contenders, it is that our industry has plenty worth celebrating. We’ve got big work against our biggest brands, and the breadth of creativity is the most diverse in years.

Leo’s tradition of forecasting the coveted Lions goes back more than three decades, so here’s some thoughts on what we expect to trend when adland returns to the Croisette.

Bringing back the daft

Not surprisingly, there is a greater lightness to a lot of work this year. While there’s plenty that acknowledges the realities of the pandemic, one of the prevailing themes is levity. It seems many brands have seized the opportunity (and responsibility) to help lighten the mood, as marketers realise audiences are craving a dose of irreverence and just plain silliness. Heinz confidently asked people the world over (IRL and virtually) simply to “Draw ketchup”. The result is sweetly surprising as we see everyone reveal the iconic Heinz bottle with varying degrees of artistic talent. There’s no better way to reinforce the superiority of the brand without a drop of arrogance but with a bucket-load of charm that’s bound to make you smile. Perhaps no-one needs uplifting more than parents. Oreo knew the role its Thins biscuits play in their lives – a low-cal, guilt-free snack designed with them, not their kiddos, in mind. But since children also find it guilt-free to devour a box, the brand was quick to offer a solution: Oreo Thins Camo Packs, disguised as frozen veggies, a cookbook and other products guaranteed to keep young snack-seekers at bay. Burger King offered up the simplicity of its staple menu item as an antidote to the “Confusing Times” we’re experiencing in the post-lockdown world. With a heavy dose of irony, the film reflects on the contradictions of fresh quandaries we face in returning to real-life. It’s true what they say, “If you can’t laugh, you’ll cry.” Rounding out our lighter side, Carly, a “tell it how it is” influencer, and the nomadic hot shop Mischief @ No Fixed Address created one of the most awarded works of the season. Responding to the TikTok’s star’s viral video offering intimate grooming advice, the Eos skincare brand launched a limited-edition Bless Your F**king Cooch line that included Carly’s sage tips on achieving that “smooth-ass hoo-hah”. It’s great to see so much brilliant work from newer shops.

Out with the virtual, in with the real

Two years of virtual work, virtual fun and virtual bloody everything has been enough to send the pendulum hurtling back to the real. There’s striking work this year from brands that have successfully connected with people beyond the screen. Whether rich immersive experiences or simple, captivating out of home and print, audiences are craving palpable stimulation, and we’re seeing brands back the need to create impact in person. In the Middle East, cultural sensitivities mean women are three times as likely to say they’re uncomfortable swimming in public. To break the stigma, Adidas erected a pool within a billboard on a Dubai beach and invited women of all ethnicities and identities to take a swim in the stunning display. Each one was recorded and projected across digital media around the country, putting everyday women at the centre of its “Liquid billboard” campaign. The beautiful simplicity and soul of the Motown Museum’s celebration of the 50th anniversary of Marvin Gaye’s What’s Going on album shows how brilliant OOH can still be. The simple spotlight on 50 years gone, which still resonate, makes Gaye’s music and lyrics more powerful still – and serves as a stark reminder of how much we still must sort out. We’re also seeing fresh vigour in traditional categories such as print, where one of the strongest contenders comes from Alma DDB. To prove that the soft drink is a perfect pairing for burgers, “Better with Pepsi” tapped origami artists to fold quick-service restaurant takeout bags such that they revealed a miniature but unmistakable Pepsi brand mark. Placed in media outside the restaurants, as well as in papers in advance of National Burger Day, the work became one of the most shared efforts in Pepsi’s recent history.

The power of purpose

A perennial conversation, expect the breakdown of honours between multinational clients and non-profits to be another hot topic. Some of the most brilliant work of the past decade has been on behalf of NGOs, a trend concurrent with our industry’s doubling down on purpose-driven creative. Critics who have pushed back on the amount of charity work toasted at Cannes should be heartened by the surplus of big brands’ creativity in the mix. Major US telecom company Verizon’s campaign celebrating the heroic efforts of its employees in the wake of 9/11 was some of the most compelling storytelling of the year. “9/12: the untold story of reconnecting New York” captured the company’s efforts to re-establish service after the devastating attacks. The campaign rolled out the minute-by-minute drama in real time, using the only tech that had been available in the moment: MMS texting. Sensitively and beautifully handled, it’s great to see a brand rewarded for taking a fresh narrative approach to connect and educate. Unilever’s Dove is a big brand not unfamiliar with the Palais stage. Building on a legacy that stretches back to its 2007 Film Grand Prix, “Evolution”, the brand has deftly adapted its self-esteem campaign in the face of unrealistic beauty expectations. This year’s entry is timely and poignant. “Reverse selfie” addresses the painful fact that nearly 80% of girls have altered their appearance online through digital apps. While we welcome innovation, we’re wise to sometimes rewind to simpler times – something this film does literally, and in very elegant form. With a long and successful history of facing into societal issues, Procter & Gamble’s feminine care brand Whisper tackled the strong taboos around periods in India, with “The missing chapter”. A heartbreaking 23 million young girls drop out of school when their periods start, for reasons ranging from fearing they are sick and dying, to the fact they have no understanding of, or access to, sanitary care. It simply is not being taught or talked about in schools or in culture. The brand’s lobbying to include a chapter on the topic in all school books in India has now become law and will transform the lives of generations to come. 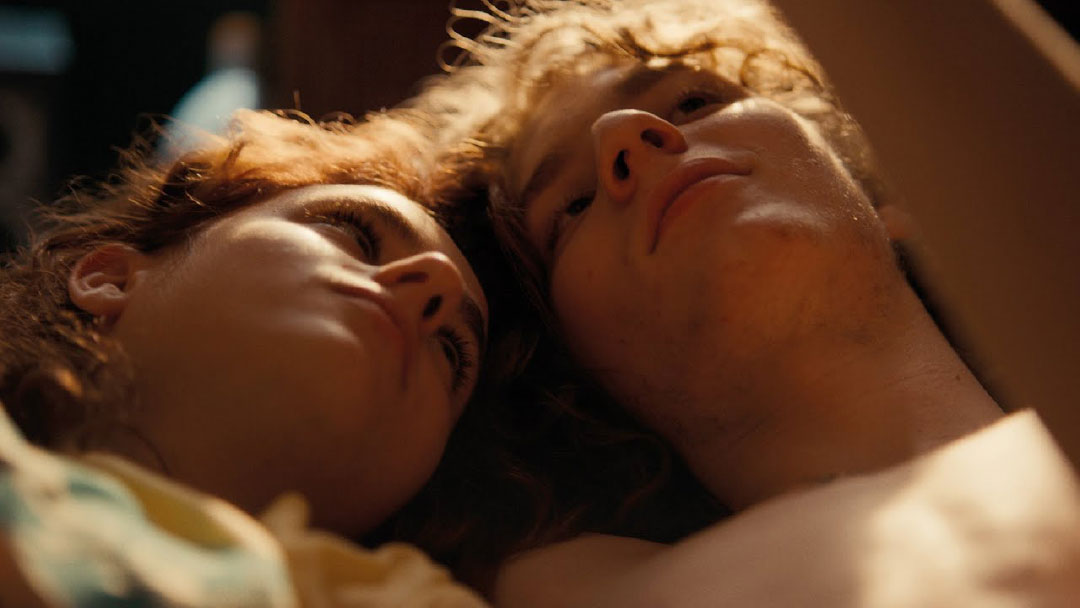 And Penny’s beautiful “The Wish” acknowledges the real impact that the loss of social contact has had on children and families.

Of course, while it’s wonderful to see big brands commit to change, game-changing campaigns from NGOs remain entirely necessary. We must always support and contribute to these incredible organisations. Contenders abound, and include the stunning “Love, lawyers, and the government” for Family Equality and “Colours of Pride” for Fondation Émergence: two incredibly powerful and important pieces that address the bigotry, discrimination and violence that those in the LGBT+ community face in their everyday lives. The Kiyan Prince Foundation highlights the heartbreaking loss of a life lived by bringing back its namesake via Fifa 21 “Long Live the Prince”. Then, of course, we have “The lost class” for Change the Ref. We open on a commencement address from a prominent gun rights advocate, invited to speak at a fictitious graduation. The camera pans back to reveal that he’s speaking to 3,044 empty chairs, as their significance is revealed – it equates to the number of young people in the US who have lost their lives to gun violence. It’s a harrowing tribute to a “class” of seniors who won’t graduate high school with their peers, and it’s one of the most striking and emotional demonstrations of purposeful work in recent memory.

To the metaverse and beyond

Cannes is a well-established stage for breakthrough tech, and it’s rare we leave the festival without a few Lions that demonstrate new potential for storytelling and connection. One might have thought the pandemic had hampered any progress beyond our ability to master webcams and come off mute, so it’s encouraging to see innovation is thriving.

“Sick beats” from Woojer offers a more comforting form of relief to young patients of cystic fibrosis, who endure a daily repetitive chest-pounding delivered by a medical vest to loosen mucus in the lungs. Using a new vest design and Spotify’s vast music library, the team determined which tracks had a 40-hertz tone and created a way for kids to let their favourite music deliver life-saving treatment. Pfaff Harley-Davidson’s “Tough Turban” also promises to save lives - specifically those of Sikh motorcycle riders who will now be able to wear a reinforced turban composed of next-gen protective materials for extra safety on the road. The open-source design helped the brand forge a one-of-a-kind connection with all of their audience. Expect plenty of creative from web 3.0, the metaverse and beyond – virtual worlds and gaming have matured as canvases for brand-building, and we’re seeing collaborations and integrations that push the boundaries of what’s possible. One such example, Carrefour’s “The healthy map,” involved the supermarket entering the Fortnite universe with a sense of authenticity and purpose, rewarding players with revitalising life points for consuming healthy foods. 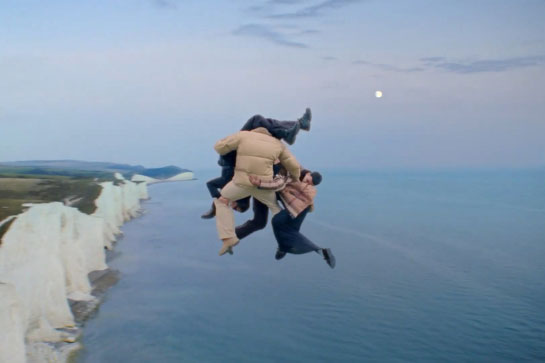 Two final pieces that demonstrate exquisite craft and impeccable execution, include the literally uplifting Burberry’s “Open Spaces” film, another contender with the power to awe. The brand’s pioneering spirit comes to life as surreal aerial ballet, beautifully filmed over the British countryside. And finally there’s Channel 4, a familiar face onstage in Cannes, for its dazzling Paralympics work that tops itself year-on-year. And the broadcaster hasn’t failed to deliver in 2021 with “Super. Human”. The film highlights intense training regimens, offering an unfiltered but stunning look at the relentless grind required to compete at that level. It proves once again that there’s more than just one thing that makes these champions different from most.

As always, I feel incredibly fortunate to represent Leo Burnett at Cannes. This list is just the tip of the iceberg, so I hope there are many surprises and dark horses to prove us all wrong. After all, what do I know? Well, one thing – across all categories, types of work and emerging media and tech platforms, this industry is flourishing.