In January, American singer-songwriter Gatton was on the verge of quitting music when a song he originally released back in 2018, 'When Scars Become Art', suddenly went viral after he posted a video of the song to TikTok. The views on TikTok soon transferred to streams on Spotify, and before long the song ended up becoming number one for weeks on the Spotify Philippines Viral 50 charts, and Gatton's life was transformed.

In today's digitally globalised world, streaming popularity often begins in the places you might least expect. For Gatton, an American artist, his breakout success happened on the other side of the world in the Philippines.

More frequently, artists are looking to break in places like Southeast Asia and Latin America where it's cheaper to run social network marketing campaigns, and where regional growth can trigger a global response on digital streaming platforms thanks to the way algorithms work. It's a marketing technique known as trigger cities or trigger marketing, and is increasingly helping to launch the music careers of stars. 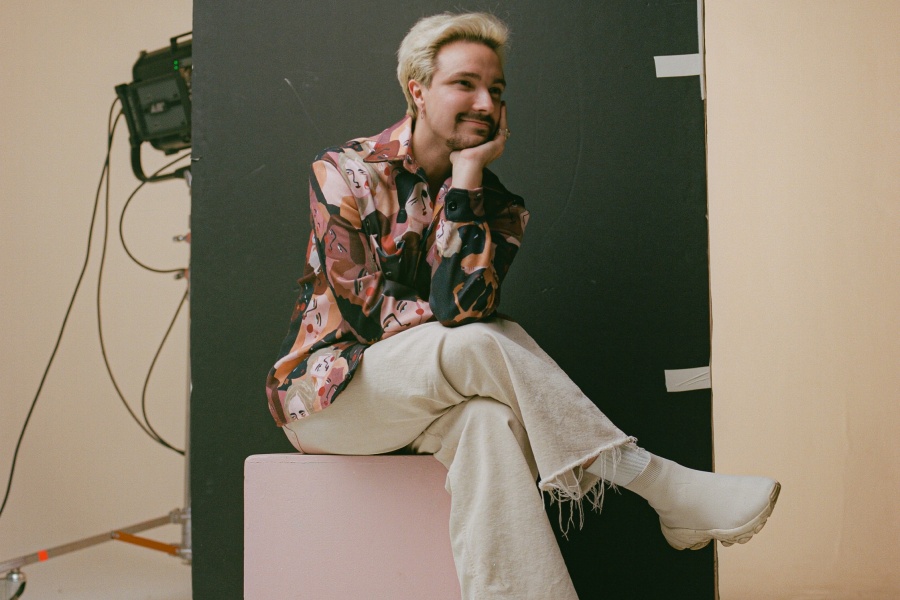 
Ryan Peterson, managing director of Stellar Trigger Marketing, based in Denmark, was part of the team that helped activate Gatton's song in the Philippines, which ultimately saw the song climb from 71,129 to 148,597 streams a day using the trigger marketing technique.

"We target marketing in these areas, which are often overlooked by most artists – to help build new and authentic relationships between fan and artist. We see that the massive traffic entering into streaming platforms from Southeast Asia or Latin America can trigger a global response—leading to growth in developed streaming markets such as the USA, UK, Australia and Western Europe."

And while a global hit record is always the end goal, Peterson says that ultimately he and his team love developing authentic connections between artists and fans. "For us – all ears are equal, regardless of where they’re located in the world,” he says.

The concept of Trigger Cities was originated in 2018 by Chaz Jenkins, the chief commercial officer of Chartmetric, a leading music data analytics tool.

"Trigger cities was evolved from a conversation that I was having predominantly with the big three big major record companies," says Jenkins.

"At the time record labels in the US were able to find and grow artists domestically, but it was becoming more and more difficult to have international success with these artists. So we did a lot of research and looked at 50 artists who became global stars within the past three or four years. And what we did was try to identify where those artists initially got listeners. Without exception, all of the artists who broke built their first audiences in places like Southeast Asia or Latin America." Maximillian has achieved success through the trigger marketing approach.


Jenkins says that users of social media platforms in regions like Southeast Asia and Latin America tend to share more content than those in Europe or America, and as a result there is greater virality.

"If you started to build an audience in Quezon City in the Philippines, probably within days, if not weeks, you'd also have an audience in Singapore, and you'd also see audiences developing in Jakarta," says Jenkins. "And then probably you'd start building audiences in Western countries as well, or in Latin America. Once you start to build audiences, the social algorithms start to kick in and will also increase the exposure. There's greater virality among audiences in these regions."

Turning the international marketing pipeline on its head

While the music industry for decades has primarily focused on discovering and promoting artists in major Eestern markets like the US, UK and Germany, the digital nature of the industry today and the importance of social algorithms is rapidly shifting that focus.

"As distribution channels have moved from physical to digital, the increased accessibility has aligned with the increased importance of regions like Southeast Asia," says Peterson. "Never has speaking directly with an audience in Cebu City, Yogakarta or Chiang Mai been so easy—so the opportunity to develop relationships from afar has really opened up a new frontier for artists."

And Jenkins of Chartmetric says that the Trigger Cities approach has turned the international marketing pipeline of the music industry on its head, and led to a fundamental shift in how record labels today are looking for new talent.

"Traditionally the music industry used to find artists locally and then try to make them huge in their home market, before giving the blueprints of how they marketed that artist to an international marketing team," says Jenkins. "But now you have to ideally find artists who have audiences in lots of countries around the world and probably focus on the few markets where you are most successful and can make the most money."

And it's changed the way a lot of record labels look at their signing strategy.

"Our advice to record labels in America was to look for American artists, but don't look for them in America," says Jenkins. "You want to find unsigned artists who are already building audiences in other places already. If they are growing their audience in Quezon City in the Philippines and they haven't got a big record company budget to put them on a plane to Manila to go and do shows in Southeast Asia. Imagine how big you could make an artist like that if you then sign them and invest in them."

Initially, while some record companies were dismissive of the trigger cities approach, fearing that listeners in regions like Southeast Asia would "probably be fakes or bots ", attitudes are changing and more are realising that it can pay off in the long term.

"The revenue per stream which record companies see from Southeast Asian countries is less than European markets, but record companies are realising that taking advantage of this trigger city social behaviour is not about short term revenue," says Jenkins. "It's about building an effective global audience that can pay off in the long term."

Already, many of today's top streaming artists like Lauv, Maximillian, Jeremy Zucker and  others, have all achieved career transforming success using the trigger marketing approach.

Sean Lewow, A&R at the label, management and music publishing company S10 Entertainment, heard about the work Ryan Peterson and Stellar Trigger Marketing were doing for artists like Gatton and Maximillian, and ended up experiencing success with a campaign for one of their artists Katherine Li.

"Our campaign for Katherine Li's 'Never Had a Chance' was incredibly successful—generating over one million UGC creates on TikTok and leading to over 20 million aggregate on-demand streams," says Lewow. "While I wouldn't necessarily say it 'transformed' her career, trigger marketing has definitely allowed us to maximise growth in the SEA territory—which is one of Katherine's largest and most important fanbases."

And to a certain extent, the trigger marketing technique has democratised music promotion—making it more accessible to all artists, whether signed or unsigned.

"Often smaller companies or artists are actually proving more successful than big companies because they can invest in anywhere they want," says Jenkins. "If I was an independent artist and I wanted to advertise on socials in Argentina, I could just do that straight away, it would take me five minutes to set up a campaign on Facebook and Instagram, but a big record company often can't do that, they can only promote things in their own country. Their budget only covers their country, and they only see the revenue from that country. Their affiliate collects money in the other countries."

Building on an existing audience

"What we would advise people is that pop music with very clean lyrics performed ideally by artists with boy-next-door good looks tends to perform better in Southeast Asia," says Jenkins. "The one genre which doesn't perform well in Southeast Asia is hip-hop. But fundamentally, that seems to be the result of the lyrical content. Particularly American hip-hop that contains a lot of explicit language which doesn't go down well in religious countries."

And Jenkins also warns that the trigger cities marketing approach works much better if artists are amplifying noise and building on an existing audience, as opposed to starting completely from scratch.

"Campaigns on social networks in particular tend to be more effective when you market yourself to create organic engagement. And therefore you amplify noise which is already happening," says Jenkins.

"Some people have tried to take a completely new artist who's released no music, has no audience in the Philippines, and then put in tons of money to promote the artist in the Philippines. It's not that the campaign won't work, it's just that the campaign may not be particularly efficient. Social spend is much more efficient and effective when you amplify it, rather than when you're trying to create noise in the first instance."