Back in the early days of SMS, most Millennials used textspeak, beghilos, and 1337 speak. These types of abbreviations and expressions were adapted when students got creative with their scientific calculators and text messages due to the existing character limits.

Generation Z, and some late Millennials, grew up without these length limitations, with the exception of Twitter, and are no longer fascinated by being able to type 5318008 on a calculator (which when turned around spells boobies); the newer expressions, slang and humour took on a different turn.

This is of course also influenced by our woke climate, where there is higher perceived awareness of inequality or injustice in economics, social class, gender, politics and environment. At the same time, a lower tolerance in everything, even satire, can now be considered offensive. Image of a meme on lower tolerance

Within this climate is the subculture of Gen Z humour: absurd, esoteric, nihilistic, depressing and incredibly unique. They’re woke to the real dangers the world faces, aware of this world we’re living in and have chosen to combat this sense of impending doom with their own brand of humour.

Gen Z are expressing themselves with slangs that are more descriptive, taking already existing words and repurposing them in a way that’s removed, yet connected, to their original meaning, such as ‘Ok Boomer’ and ‘Literally, no one:’. Or simply shortening words and phrases to their essence, like ‘oof’, ‘yeet’ and ‘sus’, as well as expressing creativity through depressingly hilarious ‘fairy comments’. Image of a meme using the ‘literally no one’ format

While memes are created to share commentary on cultural symbols, ideas, or events, popular memes are increasingly less self-explanatory and often ride on prior knowledge and references. Current urban slang like “iykyk” helps illustrate the current culture. Literally, if you know, you know.

For example, those who are familiar with ‘yeet’ as an exclamation of excitement would appreciate the following meme’s treatment of colour, font style, tears of joy emoji edited to capture the yeti’s rage, as well as the inclusion of background music #despacito, given that ‘yeet’ is often issued when doing a dance move. 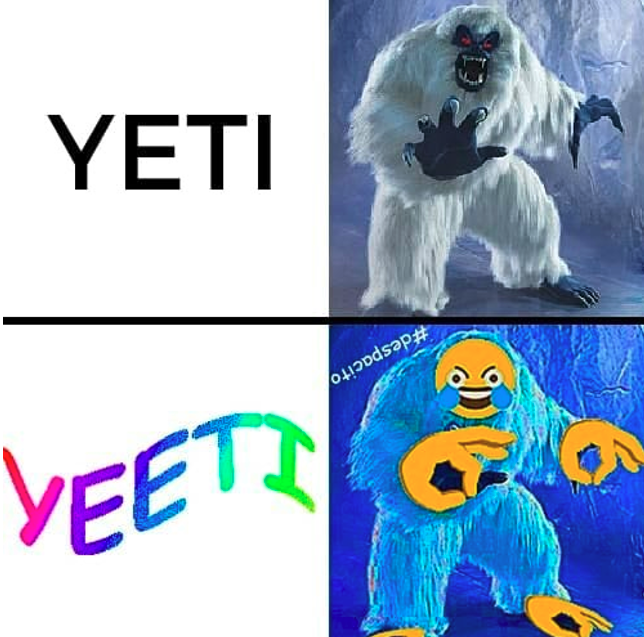 A meme doing a word play of the word ‘yeet’

Comments are not just comments

Beyond creating and sharing memes, another outlet for creativity lies in the comment sections.

Comments on posts on social media can be hilarious, sometimes much more than the post itself. Many groups head to platforms such as TikTok and YouTube just to read the comments rather than partake in content creation.

Humour can come from intentional attempts; a commenter putting thought and ample wit into it, it can be responses that stem from genuine ignorance - much to the bemusement of the reader, or it can simply be so real that it connects.

At times, comments can also be used to help people decide if the post is even worth you spending your precious time on it.

Currently the most liked comment on YouTube belongs to Seth Everman, who broke a YouTube record for getting 1 million likes in 2019, and as of February 2022, has reached 3.2 million likes. He left the comment “I’m the bald guy” on Billie Eilish’s “bad guy” music video. That comment, coupled with his display picture, was the perfect combination for humour and virality. YouTube even commemorated this milestone, possibly pressured by the number of shares, by sending him a custom plaque.

It’s not uncommon for liked comments to get edits from commenters, thanking others for their likes.

A screenshot of a YouTube comment. ‘tysm’ is an abbreviation for thank you so much. ‘army’ refers to the official fan club of Korean boyband BTS.

With more and more people coming online, the comment game itself has become seemingly competitive; to get likes and laughs. Among these, a new comment style called ‘fairy comments’ are trending.

What are fairy comments?

Fairy comments are sarcastic one-liners that usually start off innocently and end with a twist. And Gen Z is obsessed with using them, especially on TikTok.

For example, a lovely statement: “No words can describe how beautiful you are”, is followed by: “But numbers can. 2/10”. Savage.

The term ‘fairy comments’ comes from the fairy-like emojis, such as fairies, sparkles and rainbows that often accompany the comment, giving readers the visual red herring that the comments are heart-warming and positive. The nature of ‘fairy comments’ is not new but an actual figure of speech called “Paraprosdokian”, which originated from the Greek and translates to “contrary to expectation”. Sitcoms and movies often use paraprosdokians as one-liners for their characters.

Searching fairy comments on TikTok or Twitter you will find posts reaching out to the community for more of them, just for laughs. For those who want to get in on the fun but do not wish to tire out the brain, there are a multitude of fairy comment generators on the internet.

But there’s always a dark side.

While fairy comments are mostly considered jokes, therein also lies the darker side of the Internet; cyber bullying and cancel culture.

In our current climate where anything recorded can be taken out of context and used to label and justify the reasons to attack and cancel a person, people are becoming more careful about protecting their right to free speech. Even comments themselves can become representative of a person - get caught leaving a sexist comment on a video and be prepared to be hunted down by Internet vigilantes whose aim it is to make you feel sorry.

As awareness of cyber bullying increases, many are now attuned to identifying a bully via misogynistic, racist, or threatening comments; the list goes on. Fairy comments have unwittingly become a haven for bullies to exercise their hate without getting called out for it. The fairy comment phenomenon is still new, and there’s been no reported victims, but neither can we say everyone is able to laugh off these comments, in the event it’s explicitly targeted at them.


What does this mean for brands?

Whenever a trend starts, brands are understandably eager to jump on them and ride the wave in the hope of getting eyeballs and mindshare. However, there are risks involved, as well as undesirable associations. As reported in AdAge, brands like Uno, Kepler and Ruggable, who jumped on the #WestElmCaleb trend, became seen as brands that support doxxing.

There’s a stronger need for brands to understand the nuances of trends before adopting any hype in marketing efforts. Knowing what makes consumers tick, and their evolving subcultures, is important for development across two axes: brand and product.

Marketers need to ensure that their adoption or response to trends not only matches the brand’s tone of voice, but should also be able to age well, even after the trend has run its course or gets cancelled for being offensive (cue the Batman-Robin meme from above).

When it comes to products, effective triangulation of comments on trends, users and actual product, not only helps brands understand which trends would be the more appropriate to adopt and align to, it also helps gauge the perception from consumers and widens the lens on how people view said products. What people do with your product and the associations they have with it can surprise even the most experienced marketer. Thanks to the ‘CleanTok’ phenomenon, a branch of the “oddly satisfying” videos the internet has been obsessed with, cleaning product ‘The Pink Stuff’ went from obscure to being sold-out in mere months.

The risk of taking trends at face value, without understanding its provenance and evolution, or anticipating underlying repercussions could lead to distasteful associations and displays of ignorance. Displaying the understanding of the nuances in trends humanises brands and shows that there are real efforts made to understand a subculture and connect with the audience, not just brands doing capitalistic piggybacks.

In short, many trends and behaviours are multi-layered, and brands need time and understanding to read between the obvious lines in order to see how they might fit, if at all.

Jocelyn Sie is a lead at Quantum Consumer Insights. 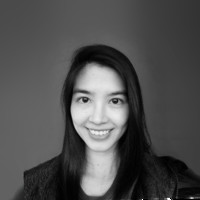 Restoring brand confidence in the age of cancel culture

When will we stop obsessing about cancelling ...