Corporate scandals are a hot topic among Chinese citizens, most of which relate to international brands misunderstanding local cultures, traditions and sensitivities, or inappropriate employee conduct by domestic brands.

A Chinese research institute recently conducted a crisis management survey of 2,500 companies across Beijing and Shanghai, establishing 53.8% of companies face or have experienced a human resource related crisis. This new wave of controversy is what concerns CEO’s the most in China. Although companies can’t legislate for bad behavior, they can try to regulate employees through internal policies and governance, but recently there has been a number of high profile examples of this failing, damaging the image of brands perceived as good corporate citizens.

Last year, e-commerce giant Alibaba was embroiled in a high profile public scandal. In an attempt to limit reputational damage, they fired an employee who went viral on social media for voicing allegations of sexual assault against another employee and criticizing the company for not handling the complaint properly. Netizens seriously questioned the reputation of the brand and its actions, which lead to CEO, Daniel Zhang, calling the incident shameful and that the company must change its working culture. The outcry on social media prompted many companies in the tech and ecommerce industry to act immediately and implement new internal policies, to avoid any similar situations.

Risk is ubiquitous and brands are susceptible 24/7, especially in China where national sentiment triggers an emotional and powerful response from netizens. The recent crisis with Chinese sportswear brand Li Ning was caused by netizens reaction to a new product line that triggered negative sentiment which subsequently lead to their share price falling by more than 13%.

There is also a growing trend of KOL’s using nationalism when providing reaction and commentary to a crisis, offering opinion as to how a brand should respond. This also includes rewriting press statements and critiquing CEO responses, to trigger greater emotional response in an attempt to increase followers. They are not media or journalists, nor are they PR experts, however, they are influencing public sentiment and diluting the information online in regards to the context and root cause of the crisis.

The lessons learnt from these high profile public cases is that every crisis is unique with its own set of circumstances. Crisis protocols should monitor an evolving situation and listen to all stakeholder groups to build insights on sentiment and impact, that underpin the formation of a crisis strategy. Once a full and clear understanding of the situation has been obtained, with facts verified, brands should act decisively.

The impact on stakeholders will also differ for each crisis, government relations, industry competition, employees, local communities, investors, customers, general public etc., will each have their own concerns and perspective on the crisis, which have to be understood and addressed. Utilizing behavior change research to understand the triggers and drivers of these stakeholders will enable a relational connection to be made, where brand essence can be translated in to cultural relevance.

Adopting the right crisis strategy will ultimately decide whether consumers and stakeholders believe a brand is human, sincere and genuine in its response to a crisis, or if not, the consequences could be catastrophic.

A crisis strategy should take a holistic and strategic approach, it should see the bigger picture, not just the crisis. The butterfly effect in China is much greater than anywhere else in the world, a crisis can lead to loss of market share, consumer boycott or a CEO losing his voice of authority within industry, credibility can be wiped out in an instance by one poor decision or incorrect tactical communication. Brands should ensure PR thinking runs throughout an organization, not only in communications, but as reputation management governance across all functions, from product design to customer service.

While in the rest of the world, the recommended approach is to avoid public comment unless necessary, China expects the opposite. If a CEO or brand does not make a public statement, or refuses to engage, then media and netizens automatically consider them guilty.

The court of Chinese public opinion is governed by netizens, who dictate public sentiment in a country where actions speak louder than words. PR can influence this, but never control it. The role of PR therefore has taken on greater significance, beyond traditional media relations to a CEO advisory, consultancy and strategic stakeholder engagement function, managing brand value, reputation and public sentiment through times of crisis.

Navigating a blip is crucial, preparing for it is crucial, weathering the storm and preserving reputation is a must. The sphere and influence of PR has grown to become essential in China, where brands are just one crisis away from losing Gen Z, their stakeholders, credibility and reputation, this is the new norm facing PR in China. 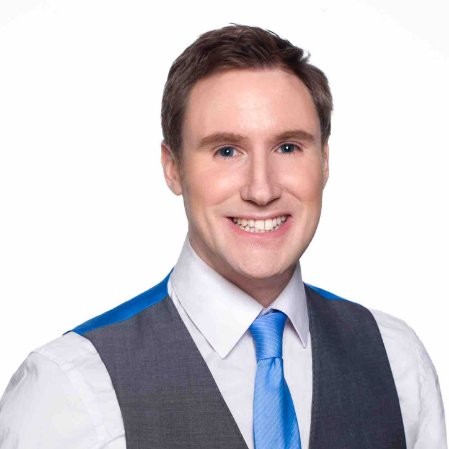 The taboo topics brands need to avoid in China