After becoming the third-largest smartphone company globally and growing its newer ventures into adjacent markets such as fitness trackers and television screens, Xiaomi, the Chinese electronics upstart, now looks set to cast its net further afield with a US$10 billion bet on electric vehicles. While the brand has supplanted traditional market leaders in China and posted a strong set of numbers for its latest quarter, its EV gamble has branding experts and marketing academics split on the odds of success.

Since its inception in 2010, Xiaomi has been able to rapidly grow its business and corner 11% market share in the global smartphone market. Can it now translate this success into the EV market? The challengers it would face are very different—opponents such as Tesla worldwide and Geely in China, as well as the old auto guard including GM, Ford and BMW, Hyundai and Toyota and Honda, who have also announced their electric ambitions—could all puncture Xiaomi’s EV plans. For much of the past three years, Xiaomi has been a brand in the ascendancy—even if its performance in rankings has been mixed. For example, in Campaign’s Top 1000 brands listing, it had risen from 804 in 2005 to 99 in 2019, across APAC, before slipping to 140 last year. In China alone, the electronics product manufacturer had seen its ranking rise from 53 to 32 between 2018 and 2020.

However, In the Brand Z report for 2020, Xiaomi’s ranking fell seven places from 2019 to reach 81st place in 2020. In China, its brand value also fell by 19% in 2020 in the same rankings. Despite gaining on Huawei in the smartphone category, it may be mentioned that Xiaomi has a long way to catch up with the behemoth in overall terms. For instance, Brand Z estimated that in 2020, Huawei’s brand value was north of $37.3 billion, while Xiaomi was over $16.6 billion.

While Xiaomi has created strong brand recall for value-conscious consumers, it has faced several setbacks too. For one, global trade tensions are at the brand’s doorstep. It sued the US Government—successfully—when the sales of its products were banned in the market. Then, it lost the head of its international operations Chew Shou Zi to the IPO-bound ByteDance.

Xiaomi believes its consumer electric credentials place it in good stead to replicate this success in electric vehicles. Its global smartphone shipments reached 146 million in 2020, while sales of premium smartphones exceeded 10 million units and TV sales in Mainland China led the market for eight consecutive quarters, according to its latest financial results.

In a blog post, Lei Jun (雷 军), founder, chairman and CEO of Xiaomi, offered the following reasons on why he believes the company can leverage its success to slip into the fast lane in electric vehicles:

As it harbours ambitions of being a global electronics label, can it keep enough gas in the tank to also focus on its ambitious EV ambitions? Xiaomi has already shown its interest in the market, by taking a minority stake in Xpeng Motors, a startup in this market. But can it extend this curiosity about a burgeoning market to actually scale up a sizeable business? We posed this question to a panel of experts. Here’s what they have to say. "It is indeed a bold move for Xiaomi to expand into EV from smartphones and electric scooters. However, EV is also a battery-powered device in the mass market where branding matters. Xiaomi has plenty of experience in manufacturing battery-powered devices and branding. The fact that there are many EV manufacturers in China already makes it even more likely that Xiaomi will succeed in the EV market because of mature supply chains in China and Xiaomi’s advantage in designing customer interfaces in and outside of EVs. Xiaomi will be the Walmart in EV with a seamless connection with its phones and other online services." 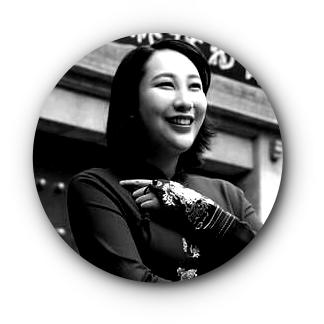 "The extension of the Xiaomi brand into the electric vehicle market makes sense to capture the growing demand in slightly more price sensitive young Chinese consumers, who may not be in Tesla's core target audience. The lift of Xiaomi's share price further signals that the market welcomes such a pivot. However, Xiaomi should be careful to assess the risk of giving the car an umbrella brand name of the Xiaomi brand, such as the rumoured 'Xiaomi Mi Car', in case any new ventures cause any negative impact which would affect the whole family of brands." "The reported back-and-forth about the EV plan inside Xiaomi reveals the gravity of both opportunities and challenges. Despite the fact that Tesla and Nio hold leading positions, the competition remains far from settled. An optimistic estimate puts EV penetration in China at just 20% by 2025, thus the timing of entry does not seem too late. There are even late-mover advantages. In particular, the cost of producing the first EVs has dropped significantly, and the contract manufacturing ecosystem is burgeoning with the push by Geely and Foxconn.

"Another unique opportunity for Xiaomi to capture will be connecting phone, home, and car. With a leading position in both smartphone and smart home categories, Xiaomi should be leveraging its new EV to deliver reimagined experiences that seamlessly connect mobility and home. In this pursuit, Xiaomi’s brand will be a critical asset. Its proposition of democratising technology is widely understood and respected and can immediately set Xiaomi apart from other EV aspirants aiming for the mass market.

"However, the brand is presented with challenges too. While being perceived as a company that offers good value for money and trusted innovations, Xiaomi is yet to build an image of technology leadership and engineering precision that is pertinent to an EV brand’s success. Moreover, Xiaomi is still fighting an uphill battle in the premium smartphone segment, so any setbacks caused by the EV venture will put a strain on its core business." 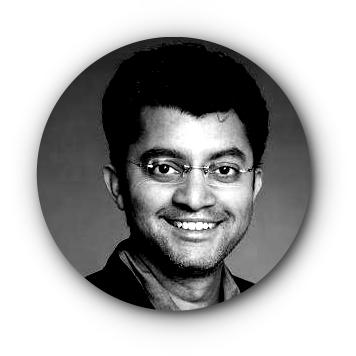 "The main push to EVs is coming from climate change concerns—emissions control, reduction in green house gases, etc. Xiaomi has had great success with the Mi Electric Scooter. Its EV project is said to have similar brand positioning to Guangzhou-based XPeng, which is catered towards younger Chinese buyers in the mid-to-high-end market. But I don't see why this makes much sense for Xiaomi. There are major headwinds waiting for Xiaomi because globally they are competing against Tesla and Lucid motors, and in China they are already competing against Nio and XPeng. That being said, it is not a big surprise to me to hear about Xiaomi's plans as it is emulating its peer tech giants such as Baidu, Alibaba, Tencent and Huawei in its entrance to the world’s largest auto market, the Chinese mainland." "Xiaomi has never stopped in its ambition to transition from an electronic device maker brand (primarily known to the public for its valued smartphones offerings to tech enthusiasts) to a giant in the world of AI-driven smart-life ecosystems. Looking back at how Xiaomi has evolved from a “nothing but great value” smartphone brand, to today’s “a little bit of everything” AIoT rising star, Xiaomi’s offerings have always evolved with the demands of modern daily life (with a light geeky touch)—not dissimilar to Apple, Huawei and even Tesla, or a partial combo of the three. So the question isn’t whether it’s a good or bad idea for Xiaomi to enter the EV sector, but rather how they will enter it. How Xiaomi occupy their place in the EV sector, and the impact they want to make on consumer perception and consumer lives, is critical to avoid the risk of brand dilution and continue to build on the Xiaomi empire."

Has Tesla lost its luxury social status in China?