VinFast, an electric vehicle venture in Vietnam, has ambitious plans to become a global brand, taking on the likes of Tesla and the old guard including Toyota, GM and Ford in North America, Europe and even Asia. The company says it is bullish on the US market, appointing Credit Suisse and Citigroup to raise as much as $4 billion in financing to build an electric vehicle manufacturing unit in that market.

In the middle of August, VinFast took a sharp turn and accelerated away from its petroleum-powered automobile origins to stake its future on becoming exclusively an EV brand. In doing so, VinFast seems to be following the automobile market which is sharply swerving to electric—according to one estimate the market is growing at 24% annually and will be worth nearly a trillion dollars worldwide by 2028.

Already VinFast, part of Vingroup, a conglomerate in Vietnam owned by the country’s richest person Pham Nhat Vuong, has invested over $6.6 billion in its vehicle venture. It has hired leaders from top global auto brands and raised funds for this unit by selling other businesses such as its consumer electronics company, where it had cornered nearly a fifth of the market.

VinFast has generated some early buzz for its brand when US President Joe Biden tweeted about the brand—and triggered 10,000 pre-orders for its vehicles. The venture has innovated with its business model too, offering to lease batteries to vehicle buyers, rather than have them purchase it outright. It also has a pickup in the works and is working on upgrading its batteries too.

Today, VinFast announced it will build an electric vehicle and battery manufacturing facility in North Carolina — $4 billion to create more than 7,000 jobs. It’s the latest example of my economic strategy at work. https://t.co/7EfXPjDRmE

In a market dominated by Tesla’s brand might, can this Asian upstart brand make an impact, or will it struggle to be noticed as the entire industry turns its attention towards the booming electric opportunity? We ask marketing experts to weigh in on VinFast’s marketing strategy and brand positioning in this competitive market.

What do you think of VinFast’s ambitious global plans? The whirlwind story of Vingroup is refreshing. We’re not used to seeing global brand ambition from Vietnam, and they don’t seem to take notice of the barriers that hold others back. They dive head-first into complex categories like smartphones and cars and get their products into the market in record time, and as quickly as they enter, Vingroup can also cut their losses and exit (like they recently did with smartphones). The pivot VinFast made from petrol to electric cars is another example of their pragmatic approach. 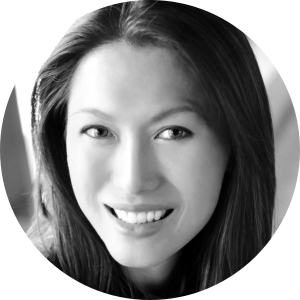 I believe’s VinFast’s global ambition is rightly time in the midst of a global transition towards EV and consumers’ keen interest in this sector. It is however also a very competitive sector with not only established players such as Tesla reaffirming its stature as the top tier luxury and tech leader, but every automobile brand is also going into EV. It’s still an emerging opportunity but field with keen competition and challenges. 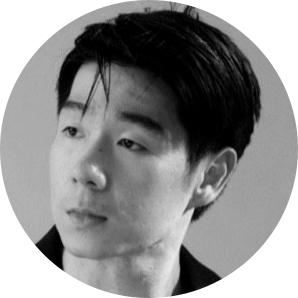 VinFast has spotlighted itself on the global stage by announcing the launch of six retail stores in European countries such as France, Germany and the Netherlands along with building their mega EV factory in North Carolina (The brand also announced plans for 50 stores in Europe). Making its way from the leader in Vietnam to the global stage at this time is a smart move for VinFast for both brand and business reasons.

Does it have enough brand heft to make this leap?

Thng: I personally think there’s still a lot more VinFast needs to do on the branding front. Does it have enough brand heft? No. This is because it has a relatively short history in the automobile sector and even shorter in the EV category. Vietnam is an emerging economy and currently seen as a “new” manufacturing hub. On the country branding front as well as VinFast’s own brand image as a car manufacturer and all things leading edge and tech, the company battles on two fronts to be seen as a credible front runner.

Tesch: The brand is probably virtually unknown outside of Vietnam, and in this case, their speed to market may work against them as their reputation hasn’t had the opportunity to build up over time, and it doesn’t precede them. Travelling in a car is a decision that consumers don’t take lightly, especially since it involves safety, which is why consumers think twice before they buy a new car brand. If that new brand is from Vietnam, a country that isn’t yet renowned for high-quality cars, it has more to prove than, for example, a German one.

Kulkraisri: One major asset for VinFast is the back-end infrastructure of its holding company VinGroup, Vietnam’s leading private conglomerate in the region, with a total capitalization of $35 billion, with a wide portfolio covering real estate, hospitality, smart devices, high-tech agriculture, AI, health care, education, and many startup partnerships.

This helps VinFast to not only specialise in EV vehicles but also to leverage a wider ecosystem to build relevance with green consumers, for example through interconnected smart devices in physical and digital spaces (think Xiaomi or Apple). The support of VinGroup will also give them a headstart internally through access to state-of-the-art in-house AI technology and innovations (VinHMS, VinAi) to boost EV features, creating distinctive propositions from other players.

As brand and marketing experts, what are two or three things VinFast can do strengthen its case?

Thng: Recently, several global brands from the likes of Dyson to Hyundai, have moved their “innovation” hubs and even headquarters (Dyson) to Singapore. This is a strategic move taking advantage of the proximity to the largest markets in Asia as well as riding on Singapore’s reputation as a smart nation and a leader in digital and tech. For VinFast, this could be a move they consider as it accelerates and strengthens their case of being in one of the innovation leaders of Asia.

On the branding front, VinFast belongs to a large conglomerate Vingroup, that’s hugely reputable in Vietnam and nearby Indochina countries, but otherwise less known globally. I would recommend a holistic approach to strengthening the brand image of VinFast by parallel tracking the parent’s image with its own. Setting up manufacturing base in US and distribution centres in Europe isn’t enough. Neither are partnering with the best in their industry. VinFast requires a strategic rethink of their brand strategy, and like Tesla, requires a strategic design (right down to the automobile design) and holistic ecosystem approach if they want to succeed. Samsung, for example, was able to use product design as a strategy to win, apart from building a strong brand and impactful marketing. For VinFast, to win therefore requires a group rebranding and a dedicated approach to car design that’s unique and different. It should consider accelerating it’s image by leveraging Singapore’s innovation hub stature. But this also means a serious commitment to innovation and aiming to be a leader in all things EV.

Tesch: VinFast is an abbreviation of Vietnamese words meaning Vietnam, Style, Safety, Creativity and Pioneer, all quite expected characteristics from a car brand. VinFast comes across as a brand that hasn’t yet defined what sets it apart from other electric car makers or how they fit into people’s lives and our chaotic times. Their most important challenge is to prove to consumers why they should bet on them, to quickly build up the case for VinFast as a brand that is safe, that can be trusted, and that is here to stay for the long term. When those basics are covered, they should articulate a point of view, a set of beliefs and values that sets reasonable expectations for how this brand will behave in the years to come.

One interesting initiative they could build out further is that people who buy their cars in the US only rent the battery, it will be replaced with a fresh one when it gets depleted. Buying an electric car brings up a myriad of questions like the viability of the battery and how to find charging stations etc. If VinFast could show that they have meaningful and ingenious solutions to those questions, that will start to grab people’s attention. Beyond ownership, VinFast could also identify societal issues where their products could be the solution, e.g. partner with city councils to put electric motorbikes on the streets to clean up inner-city pollution, or address last-mile concerns by offering their electric cars and motorbikes as a bundle.

Kulkraisri: Their ambition to become a global revolutionary EV vehicle brand cannot happen overnight, especially when Vietnam is not known for its exported vehicle expertise like Japan, Korea, Europe, and America. It needs a physical presence to build on credibility, trust, and most importantly to build a relationship with consumers.

VinFast also creates appeal through its brand mission, ‘To create a sustainable future for everyone’ which addresses the global issue of inflation. As inflation grows, people are cutting down and focusing on smart spending, long-term value and sustainability - especially given gas prices. VinFast believes that everyone should have access to smart, high-quality, and environmentally friendly EVs. The proof is in Vietnam where VinFast produces EV motorcycles with the mission to shift the country’s local transport to pure electric. VinFast’s focus on accessibility will create distinction in the market in comparison to Tesla, for example, which focuses more on a premium, status-driven segment.'