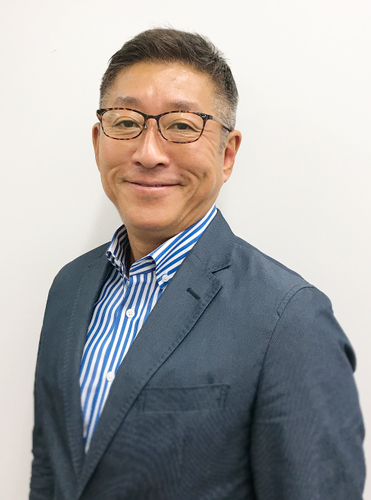 UM hired Lin Liu as chief strategy officer in China. She has 20 years' experience in both China and North America, and was most recently head of strategy & planning at Isobar China. Before that, Liu worked at Ogilvy, BBDO, R/GA, Saatchi & Saatchi and TBWA in planning roles.

I&S BBDO Japan appointed Yoshihiro Nagai, who was previously CEO of Dentsu Aegis in Korea, as managing director. Nagai, who will start at I&S BBDO this month, brings 33 years of experience in the industry and will report to Kazutoyo Kato, president and CEO of the agency.

Cecilia Chan started a new role at TheDesk, a co-working space, as CMO. She was the only staffer of IAB Hong Kong powered by HKDMA for slightly more than a year, as executive director for the association before this.

Muslim Gain resigned from Ipsos as head of marketing quantitative.

Racepoint China announced the addition of Entegris and Xaxis to its client roster. The agency also welcomed Felicia Ou as media planner and Frederico de Sousa as content manager to support its growing roster of multinational clients in the technology sector.

Canon Singapore signed swimming hero Joseph Schooling as a brand ambassador for three years. The move comes ahead of the Asian Games 2018 in Indonesia next month. Canon also renewed its sponsorship of SingaporeBowling.

Micah Walker will join 72andSunny Sydney as executive creative director, relocating from Wieden + Kennedy Portland where he served as creative director for the past four and a half years, serving clients such as Samsung, Dodge Chrysler, Booking and TurboTax.

Michael O’Neill joined HSBC as content planning lead for the retail banking and wealth management business in APAC after six years as head of editorial content for Asia Pacific at Weber Shandwick. His new role encompasses planning and strategy for digital execution and new content initiatives.

Mei Ying Leong moved to SWIFT as director of communications and public affairs in the firm’s Singapore office. She was previously with Text100 for almost four years as an account director.

After his promotion to director of VIP content and communications of Hong Kong Tatler, Christian Barlow will also drive the social media strategy, communications, and media partnerships for the publication and its events including the Tatler Ball.

Sea Group, the parent company of Shopee, Garena and Airpay, appointed Martin Reidy as director of communications. He joins Sea after more than three years at PR agency Hume Brophy.

Amanda McConchie started her own consultancy, The Business Of Influence, in Auckland. The new consultancy is targeted at bloggers, influencers and small businesses looking to raise their profile. Prior to this, she was a senior account manager for Pead PR.