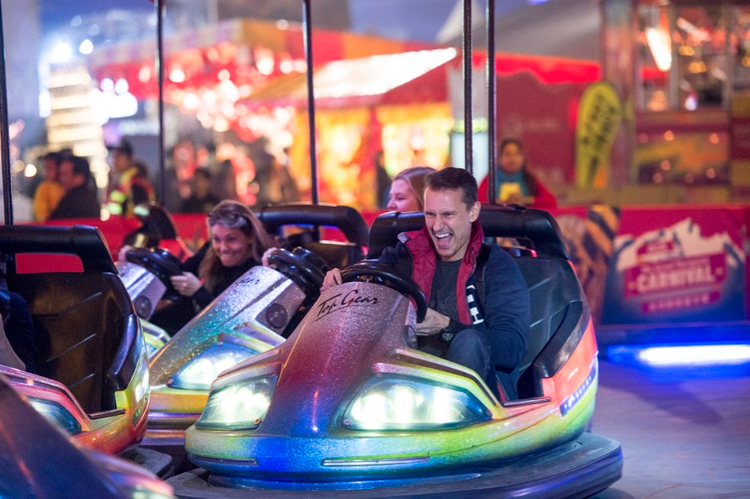 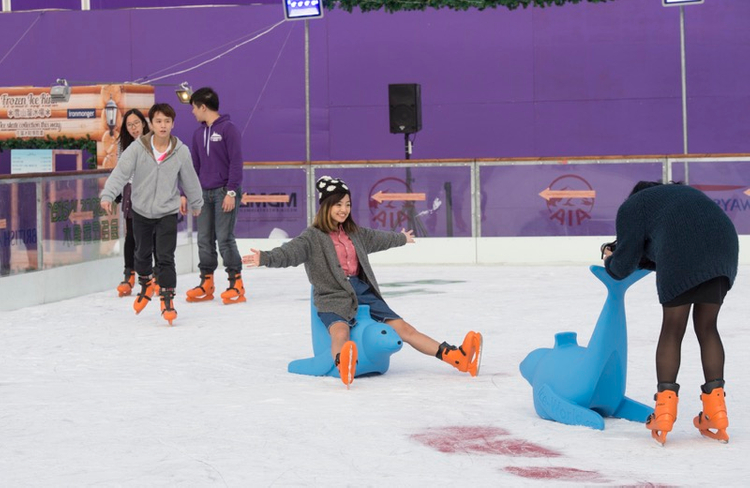 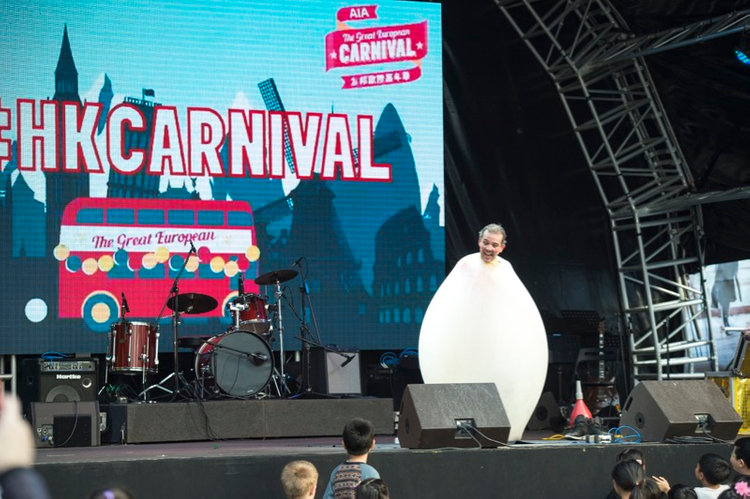 The title sponsor considers the AIA Great European Carnival a huge success despite its run this year coinciding with the wettest January on record and a days-long cold snap that had most Hong Kongers thinking about space heaters and hot chocolate rather than thrill rides and cotton candy.

Even though mother nature seemed to have it in for the event, the carnival, now in its second year, attracted around 1 million visitors during its 67-day run, which concluded Sunday. The carnival waived its entry fee for the month of February to help draw in crowds after that horrible January—though games and rides still required cash, of course. Exit surveys showed that 74 percent of attendees would return for a second visit and over 80 percent expressed satisfaction.

A carnival is not at first glance an intuitive fit for the normally sober business of insurance. And AIA did not share the amount it invested for the title sponsorship, so it is impossible to make a hard ROI calculation. However, AIA certainly believes it gets more out of the event than impressive attendance figures and giant logos placed all around the sprawling harbourfront venue.

According to AIA executives, the carnival is a good investment over and above media value because it aligns with its ‘Real-life company’ positioning, provides a positive way to engage with employees and existing customers, enables CSR activities and even assists in lead-generation. Moreover, far from just writing a big cheque to the event organiser, AIA is intimately involved in crafting the carnival and is actively considering expanding the platform to other markets.

AIA’s ‘real-life’ positioning translates to a brand purpose of promoting healthy living and active lifestyles, Catherine Gibbs, head of sponsorship, group brand and marketing for AIA Group, told Campaign-Asia Pacific during an interview in a tent on the carnival grounds recently. Healthy living encompasses both body and mind, she added, so a fun, family-oriented event fits in nicely alongside the other sponsorships that AIA engages in, notably a partnership with Tottenham Hotspur and the popular 5K Music Run in several markets.

“It was a great opportunity for us to have something that was a very high impact for a lot of people—young old, families, singles, couples—and that really spoke to what we were trying to do with our brand,” she said.

Insurance is a famously tough business in which to sustain customer engagement because most people buy a policy and then forget about it until something bad happens. The carnival provides a way around that dilemma, said Knattapisit Krutkrongchai, head of business strategy for AIA Hong Kong. “We want to really genuinely engage and be part of people’s lives,” he added. “We want people to be able to touch and feel AIA a lot more.”

‘Healthy, happy lives’ is not a collection of fluffy words to AIA, Gibbs added. “It’s really our brand purpose, so to be linked directly with an event that delivers that, it’s the perfect fit….What it allows us to do as a brand, and as an industry that can be seen as a little complex and traditional, is it allows us to have a unique conversation with our audience, an ongoing conversation that’s in a positive arena, but that’s genuine as well because we are delivering a positive experience.”

AIA has seen its brand perception transform “completely” in surveys, Krutkrongchai said, and the carnival is among the factors driving that shift.

But the company clearly believes that it gets bang for its buck in terms of brand awareness, because for whatever reason, no one in Hong Kong calls the event ‘The AIA Great European Carnival’.

“It doesn’t matter what we call it,” said Michael Denmark, CEO of The Great European Carnival (TGEC). “In the community, it’s the ‘AIA Carnival’. That’s it. It is their carnival, they own the content from beginning to end.”

“There are very few live events—in fact there are no live events—that attract a million people per market over a 60-odd day period, where brands can engage with them and where all the consumers are very open to being communicated with, because they’re smiling, because they’re having fun.”

Among insurers, AIA is a significant media spender, but probably not the biggest, Krutkrongchai said. The carnival gives the brand a bigger profile. “With the carnival, people keep talking about it,” he added. “They share it. Would you share the ad you saw on television? No, but people gladly share their experiences here.”

Partners in a good time

“It’s really exciting to be in a position where you work as partners, rather than as just the sponsor who throws money at it and gets free tickets," Gibbs said, describing AIA’s relationship with Denmark and the TGEC.

AIA had sponsored a smaller carnival in Hong Kong in 2007, Gibbs said, and the agents and employees remembered it fondly. When Denmark approached the company with plans for the TGEC for 2014/2015, AIA didn't have to think too hard about jumping aboard.

“It was a very positive conversation from the beginning because it was something that would be fresh again for Hong Kong, and Michael’s vision for what this carnival was going to be was very unique and obviously something bigger and better than what we had done in 2007,” Gibbs said.

Where does the event go from here? The partners have already brought some elements from the Hong Kong carnival to a Singapore event called the Christmas Wonderland at Gardens by the Bay. The partners preferred not to comment on further expansion to other markets, but AIA serves a number of markets where Denmark says interest is strong, so the idea is clearly on the table.