Vattanac Brewery has unveiled its first beer brand, Krud, a local Cambodian pilsner that it says will bring "a new standard" to the busy beer market.

It kicked off the domestic launch in December, emblazoning Krud on billboards across the country, combined with digital and social activations.

The brand identity for Krud has been created by Singapore-based The Secret Little Agency (TSLA), which started work as Vattanac's creative agency in April last year.

Krud is Vattanac Brewery's mainstream beer, designed to reach and be accessible to everyone in Cambodia, young or old, in the smallest villages or the biggest cities, a spokesperson tells Campaign Asia-Pacific.

The name and logo derives from the Khmer word for Garuda, a warrior bird-like creature from Hindu, Buddhist and Jain mythology. The Garuda features across temples and houses in Cambodia. The logo was created by design agency Eight Inc.

When developing the brand purpose and positioning of Krud, TSLA worked with a researcher and athropologist to understand Cambodia's political and cultural history. 1950s Cambodia was a melting pot of culture and art, which was almost entirely abolished by the Khmer Rouge. But that past is being retraced by Cambodia's youth population, triggering a creative renaissance and renewed sense of cultural pride.

TSLA decided to tap into Cambodian's "spirit of unyielding positivity" with the campaign strapline, 'Good Time for a Krud', which aims to position Krud as a beer to be celebrated. The hero film follows a man who witnesses Cambodians celebrating an array of different life events with a Krud, whether its nailing a TikTok dance, getting a promotion or even losing a competitive fight.

"Cambodians celebrate everything," said a spokesperson from TSLA. "Whether it’s something big like winning the grand prize in a lucky draw, or just getting a single like on your TikTok dance, it all deserves a celebration in Cambodia. We wanted to capture the country’s positivity in the campaign, and show that wherever you look, there’s always a good time to celebrate with Krud."

The film was directed by Stink’s Eoin Glaister and filmed by DOP David Foulkes.

A representative from Vattanac Brewery said: "TSLA took every effort to deeply understand Cambodia’s market and what drives the Cambodian people, from history, to culture, economy and entertainment, to help us develop our brand purpose, positioning and platform. We are excited to partner them to bring Krud to the people of Cambodia." 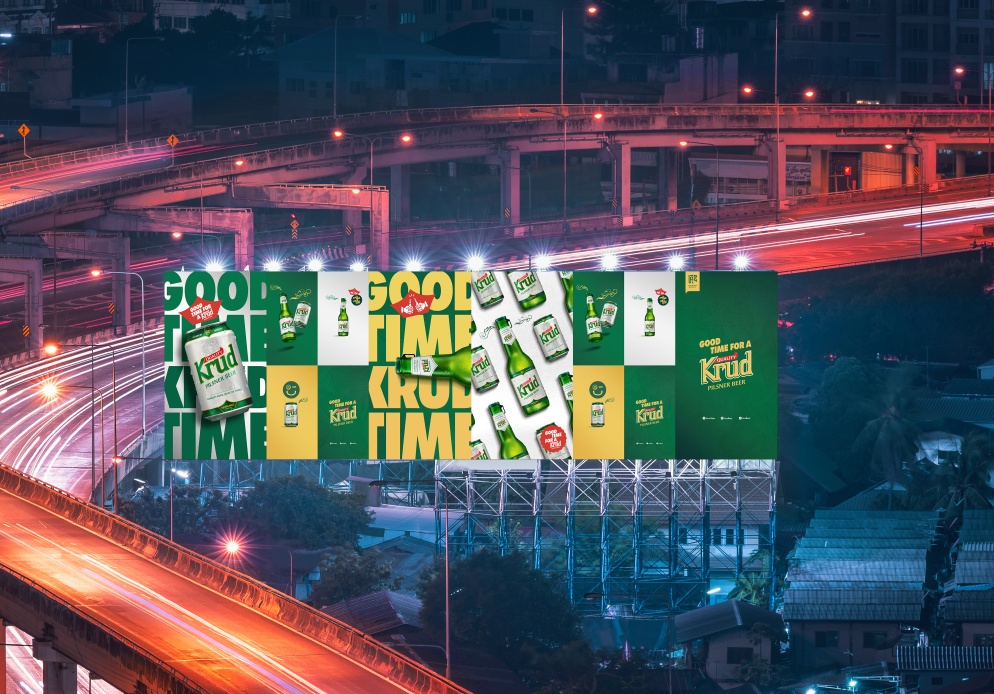 Krud is one of a handful of new beer brands seeking to capture market share in Cambodia, which already boasts a vibrant and competitive beer scene consisting of international, local and craft brews.

It is the first of two beers planned by Vattanac Brewery, a subsidiary of Cambodian conglomerate Vattanac Group, which received government approval to build a US$140 million brewery in June 2020. The government approved two other major local industrial brewery projects in the same year, from Hanuman Beverages and Inter-Mattrid Beverage.

But Vattanac is confident that its historical expertise and focus on quality will help it compete.

"The Vattanac family has a long history in the beer industry and is passionate about introducing locally produced, high-quality beers that can compete with the biggest regional, maybe even global players, and instill pride in locally produced products," a spokesperson told Campaign.

"Creating a quality product by using the best ingredients, inviting the best brewmasters to be a part of the process, state-of-the-art equipment, employing the cream of the crop—all goes to ensuring quality in every part of the process to create a top-notch product," the spokesperson added. "We are very confident that when people taste it, they’ll recognise that this is a new standard."

Vattanac Group has had prior ventures in the beer industry. Its subsidiary, Progress Import-Export Company, established Cambodia Brewery Limited (CBL) as a joint venture with Asia Pacific Brewery Limited (APB) in 1994. Vattanac sold its shares of CBL, which produces many well-known brands such as Tiger, Heineken and Black Panther, to Heineken in 2014.

The brewery also believes that positioning the beer around camaraderie and optimism makes it more relevant as Cambodians emerge from the Covid pandemic, which impacted beer sales during 2020.

"Covid affected every industry. However as the world eases back towards a new normal, we’re excited to share our product with everyone. The essence of the brand is to bring people together and celebrate all good, big or small; this has never been more relevant," said Vattanac.

It wasn't just beer sales that were impacted by Covid. Krud's campaign film was shot in the middle of 2021, when Cambodia was closed to tourists. So the creative team attempted to recreate Phnom Penh in Bulgaria, with a largely Cambodian cast that was flown in from all over the world.

Media planning for Krud's launch has been handled in-house.

TSLA has also developed the brand identity of Vattanac's premium beer that will launch soon.