A well thought-out blueprint, a shared ambition and a time commitment measured in generations are the necessary ingredients for building a culture of diversity and inclusion in a business, Hermon Ghermay, global chief culture officer at IPG Mediabrands, told a Campaign Connect audience yesterday.

"One of our biggest blind spots is that we are trying to solve some of the things that have come up in our culture in a quarter, or in a year," she said. "But these are systemic issues. They weren't created in a quarter or a year, so they're not going to be solved in that time."

So although it's a foreign concept in a busines rooted in fast results, companies that want to improve their culture must maintain a commitment over time. "As human beings, we know what it takes to change minds and to shift behaviour," she said. "And so we know that's going to take time. An analogy that I use, which has really helped ground me in this work, is the idea of cathedral thinking."

Stone masons and architects undertook such projects knowing they would remain unfinished for their lifetimes, and perhaps for generations to come. "And hopefully, this won't take as long," she quipped. "But I think it's this idea of, the way you approach something like that is having this far-reaching vision. It's having a well thought-out blueprint. It's having the shared commitment to a long-term implementation and the shared ambitions. And the idea that you're doing things today that are actually going to be important for many generations to come. And that work is unfinished work—to some degree always. And we have to be comfortable with that."

Asked by her interviewer, Campaign Asia-Pacific and PRWeek Asia editor Surekha Ragavan, for one piece of advice she'd give to companies embarking on a culture-building project, Ghermay responded that she could do so in one word. "It's listen, listen, listen," she said. "And listen with your heart as well as with your brain. And be open to what you hear. And then use that to create the types of initiatives, to create the kind of spaces, where more people—where all of us—can feel heard, seen and supported."

A top-down global approach is not the way to go when it comes to culture, Ghermay added.

"I don't believe in localising the brief," she said. "In this space, I think you have to develop briefs for the specific cultural context. Otherwise, it loses meaning and it minimises impact."

A company can have a global framework for what it wants to build. "But the execution and implementation of that needs to take into account the nuances and the complexities and the richness of the culture in which it's going to live."

Within Mediabrands, the process starts with meetings with all regional and market leaders to understand, for example, who might be represented in a particular culture but isn't in the rooms where decisions are made, and why. 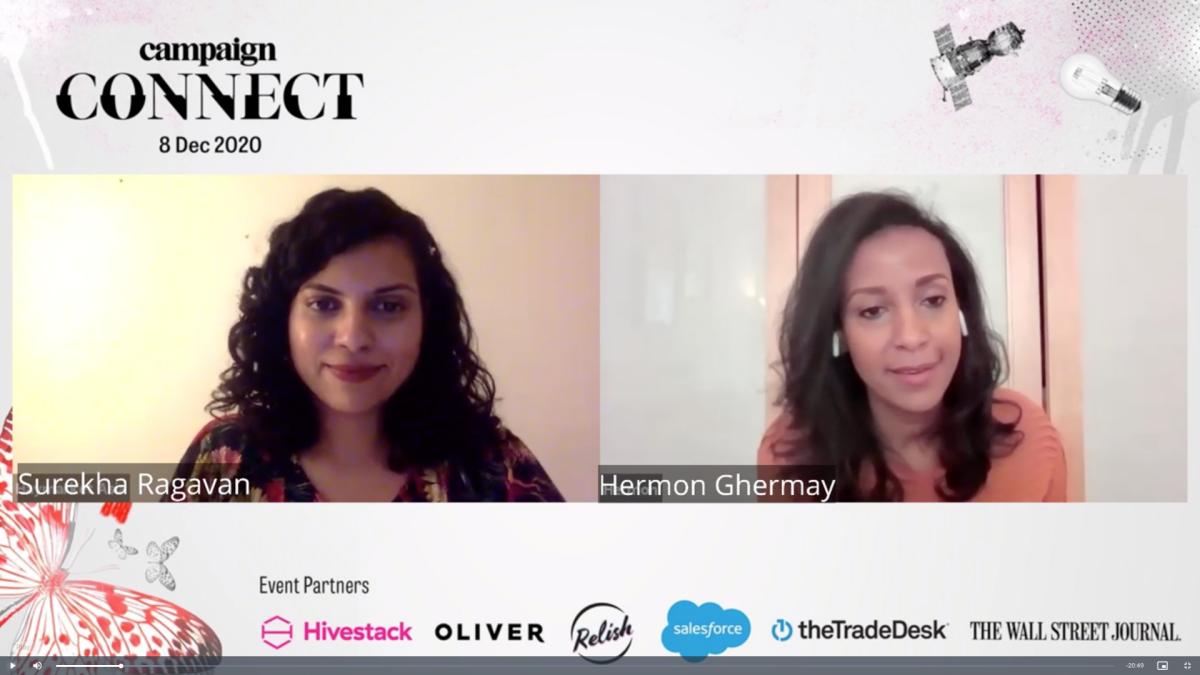 
"I have said to our global CEO and our leadership team when we started, if we somehow create a global, monolithic culture, we've failed," she said. "We need to really leverage the richness of the ideas and the insights that we're fortunate to see across our network, and then connect the people and the ideas and the opportunities, and then elevate the initiatives that can have impact at scale."

Ghermay also said the concept of intersectionality—how aspects of individuals' identities overlap to create patterns of discrimination and privilege—needs more attention in APAC as well as in other regions. But, she added, it must be considered from a personal point of view.

Paraphrasing Audre Lorde, Ghermay observed that there's no such thing as a single-issue struggle, because we don't live single-issue lives. In her case, she said, her experience as a person of colour, as a woman, as an immigrant and as a parent proves that it's important to discuss peoples' lives as the sums of their parts.

"I think the work that needs to be done here is making sure that we really try to understand the experiences of those with overlapping identities, and not relegate them to the single-identity life that is not authentic to who they are," she said. "And I think we have to understand this emotionally—and not just intellectually—for it to really resonate."

Ghermay said her hope is to create a culture of curiosity about others, along with the psychological safety to explore differences.

"In the last several years, things have been much more divisive than I think we want," she said. "And I think it's been very polarising, the rhetoric that has been out there. And we've found ourselves retreating away from a centre, where there is commonality to our differences, and really entrenching in them." Her hope, she said, is to celebrate differences, but also to find common ground where all those differences can come together so that people can talk, explore, and build something meaningful together.

"I worry when people aren't talking, quite frankly," she said. "I think that's when you're in trouble is when people are so afraid of saying the wrong thing.... Especially in an industry like ours, where it is grounded and rooted in creativity, that is really crippling and paralysing. So I hope we keep listening. And I hope we keep talking."