Flint will oversee the development and execution of the hotel chain's commercial strategy, while also taking executive responsibility for all aspects of Mandarin Oriental’s customer experience.

She will continue to be based in Singapore, where she has been for more than 20 years, but expects to be on the road a lot "when time and travel allows", she tells Campaign Asia-Pacific.

This new role will supersede the chief marketing officer role that is currently filled by Jill Kluge. Kluge will retire in September 2021—until then, she will work closely with Flint on the hotel's marketing function in a brand advisor capacity. Kluge's retirement will mark the end of a 30-year career at the luxury hotel chain, including nearly two-and-a-half years as CMO. 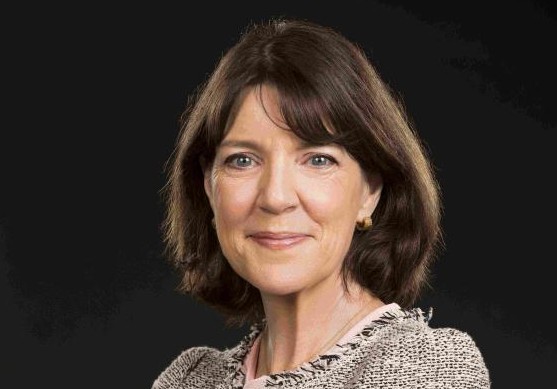 Jill Kluge will retire in September

In a statement, Mandarin Oriental's group chief executive James Riley thanked Kluge for her three decades of service. "She has been instrumental in the growth and global awareness of our brand, particularly in devising our “Fan” campaigns," he said.

Meanwhile, Riley, who directly manages Flint, commented that her "global leadership skills, digital expertise and understanding of customer behaviour will strengthen our ability to innovate and enhance our position as a leader in the luxury market."

Flint officially took up the role on April 1, just days after departing her role at Google, as revealed by Campaign.

She had been with Google in Singapore for more than 12 years, in which time she held four roles including managing director of Google Singapore. More recently, she had been leading Google's relationship with agencies as APAC MD of global partner business, in addition to running the Partner Innovation team which delivers Google technology and engineering solutions to industry partners.

Prior to joining Google, Flint was a principal consultant at OgilvyOne Worldwide. This followed a decade in the travel industry leading global ecommerce, CRM and customer service transformation programmes for Singapore Airlines and British Airways.

Flint views her new role at Mandarin Oriental as "bookending a lot of what I've done over my career", she tells Campaign.

"The first 10 years of my career was in travel during a very formative stage where ecommerce was new, loyalty marketing was in its infancy, and the airline industry was leading that," she says. "So this role is an opportunity—after a tiny bit of consulting and also at Google, where, obviously being the forefront of global innovation and change and partnerships and commercial go-to-market—to then come back into omnichannel and back into a traditional industry. But in a different part of it, and in a different time."

Joanna Flint on leaving big tech and the evolving ...

CMO of Mandarin Oriental steps down after 30 years ...