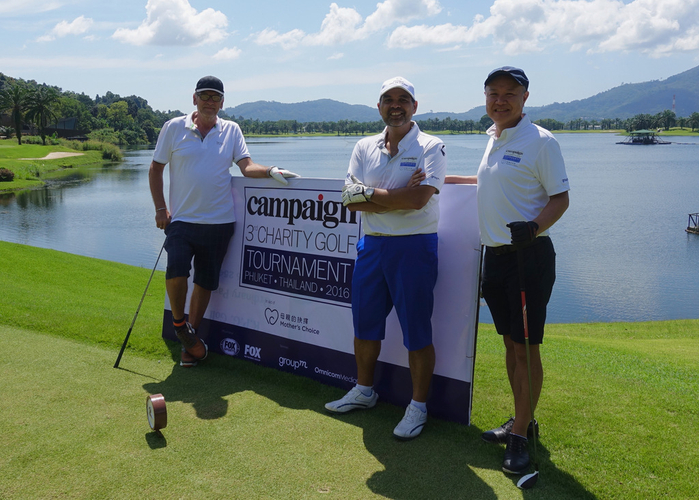 The third-annual Campaign Asia-Pacific charity golf event attracted 50 media-industry golfers from around the region and raised US$48,000 for Hong Kong-based charity Mother's Choice.

The tournament included three rounds using the Loch Palm and Red Mountain courses. Despite oppressive heat and growing fatigue, a strong performance saw James Hawkins, Paul Hutt, Brandon Smith and Duncan Pointer from Dentsu Aegis team A hold off GroupM team D to win the best team trophy, led by exceptional play from Smith, who also won the men’s individual trophy. The ladies trophy was won by Nancy Willis from LinkedIn, in a debut appearance at the event. Special mention to LinkedIn’s Rebekka Kristin for winning ‘nearest the pin’ in her first ever experience on a golf course. Overall, the field recorded 39 birdies, as well as an eagle from PHD’s Johan Nilsson at the daunting 18th at Red Mountain.

"With the event growing in size and recognized by all who participated as a fantastic example of our industry getting together for a great cause, plans are already being made for next year's tournament," said Tim Waldron, MD of Haymarket Media.

Mother's Choice is a grassroots non-profit organization that provides and promotes loving, nurturing care for babies and children needing permanent homes, and for single girls and their family facing crisis pregnancies.