Whether you like it or not, influencers run the world. Personal training? Product recommendations? Fashion advice? Look no further than the host of influencers that have become consumers’ be-all and end-all source for anything and everything. They may not be qualified—but does anybody really seem to care? The global influencer marketing industry is expected to grow to approximately US$24.1 billion by 2025 and, evidently, this new wave of social marketing is showing no signs of slowing. With all this power comes opportunity. Enter the virtual influencer, a digital persona that encompasses everything that the traditional influencer is, minus the inevitable scandal and burnout. In other words, a way for brands to have their cake and eat it too.

Managing the virtual influencer from an organisational standpoint

Are cartoons really going to take over the advertising world? In short, no. This is because behind the virtual influencer’s attractive appearance, clever remarks, and winning personality stands an entire team of skilled professionals. The virtual influencer may be a futuristic being, but, like today's music, it requires old-school techniques to render and manage.

Already there are over 150 virtual influencers in existence, with this figure expected to increase as influencer marketing spending for 2022 grows to a forecasted US$15 billion. From an organisational standpoint, the formula is simple and no different from managing a celebrity or politician: production + social media management = virtual influencer.

Many may be wondering—then what’s the point? Besides avoiding scandal and controversy, the virtual influencer behaves on an as-needed basis, unlike a physical influencer which has to produce content almost daily. Rather than sharing every meal they eat in a day, the virtual influencer focuses on content that aligns with their point of view and therefore requires a much lower level of storyboarding, copywriting, and content creation compared to traditional influencers.

The golden ratio for virtual influencers

The million-dollar question is, how can brands skip the trial-and-error period and perfect the virtual influencer from the get-go? Contrary to popular belief, the success of a virtual influencer does not rely on the way it is rendered. The core feature that will define a good or bad virtual influencer is its own definition of self. Who are you? What do you represent? What are your beliefs? Without a well-defined personality and character, the virtual influencers’ appearance—whether it is cartoonish, virtual, or hyper-real—becomes irrelevant.

The second feature of the so-called ‘golden ratio’ for virtual influencers is self-awareness. Like any physical celebrity, virtual influencers can become too fake. For this reason, many are failing. The hyper-real, virtual beings with avant-garde hair and makeup and bizarre behaviours may be capable of garnering gossip, but they have failed to capture an influencer audience that would want to engage with the virtual influencer in a meaningful way. Virtual influencers should be looked at as a long-term investment rather than a trendy fad to succeed.

Like us, virtual influencers need to constantly level up

We live in the age of technology—while the 20th century had the moon landing, the 21st century has the metaverse. It goes without saying that as technology upgrades, virtual influencers can be upgraded as well. From photo and video quality to producing 3D videos which are currently very expensive for virtual influencers, technological advancements will really only affect the aesthetic appearance of your virtual influencer and their content.

If your virtual influencer is focused on being hyper-real or uber-futuristic, then only time and technology will offer you the ability to heighten this experience. A word of advice? Don’t put all of your eggs in one virtual basket—that is, don’t base the success of your virtual influencer solely on appearance because technology doesn’t evolve as fast as consumer sentiment does. Virtual influencers need to be consistently upgraded to uphold their personalities and worldviews. This is the key to remaining relevant and realistic. Take US virtual influencer Lil Miquela, whose global success and massive Instagram following (3.1 million) is credited to her transformative and ever-changing story and personality. 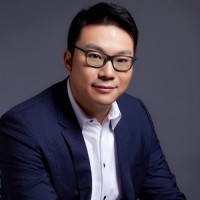