Samsung has been striving to establish itself as a "beloved iconic brand" for the past two years, Pio Schunker, senior vice president of mobile communications business at Samsung Electronics explained.

The first ad, "The ostrich", is already nearing 10 million views on YouTube. Set to Elton John’s Rocket Man the adorable and charmingly realistic CGI bird (crafted by the clever minds at MPC) gets a glimpse of flight through a VR headset with an S8 attached to it and is determined to achieve the impossible.

#dowhatyoucant started with Samsung’s 2016 Olympic campaign, "The chant", but its resonance with the brand’s target audience, millennials, and the brand’s origins itself has meant that it has become its identity, Schunker said.

"Samsung started out as a humble grocery store," he said. "On my first day when I was introduced to the brand I was struck by its philosophy, that to be great and shine brightly you must always push through new boundaries. The leadership of Samsung also believes complacency to be the enemy of progress. It’s not a stretch to relate it to one of our latest taglines, that meaningful progress only comes from defying barriers".

In "The new Normal" (above) the creative team attempted to envision a new generation who will never experience barriers, Leo Burnett global chief creative officer Mark Tutssel said. "With 360 cameras, VR and all the things at their fingertips they will live a life we could not have dreamt of before," Tutssel added.

The lead global brand agency on the campaign is Leo Burnett. Media is managed by Starcom, design by Turner Duckworth and digital by R/GA.

Both Schunker and Tutssel were keen to emphasise that this new series of ads are far more than a one-off campaign. Instead, it is the crystallisation of a brand philosophy two years in the making.

"Around two years ago, Samsung senior management gave us a brief. First, make us a beloved iconic brand, not just a tech brand. Second, make us famous for marketing innovation as we are for engineering innovation," Schunker added.

Samsung’s management had started to recognise that really great brands have a point-of-view and expressing this viewpoint involves trading in emotion, not just information.

Before this, Samsung’s brand strategy could best be described as ‘schizophrenic’. Ranging from award-winning innovative ads to the so-bad-its-almost-loveable.

"It was one of the things that senior management sat down and said had to be fixed," agreed Schunker. "The brand needed to have a consistent view. Not just the same piece of creative, but the same idea, same philosophy that would help the brand’s global teams localise but stay on brand."

To reach #dowhatyoucant Schunker and his creative team "tested the hell out of lines". "We didn’t just want a tagline. We wanted a line that would express our philosophy and be one the young generation would pick up on. We tried things like ‘make progress’ and ‘hello progress’ but it was just a company talking to you. What we learnt was that people were engaging with brands that inspired them. That’s how we got to #dowhatyoucant."

The new approach, which took its first steps with the launch of the S7 in Spring last year, was put to the test almost immediately when Samsung was faced with the issue of the battery packs in its Samsung Galaxy Note 7 devices catching fire. 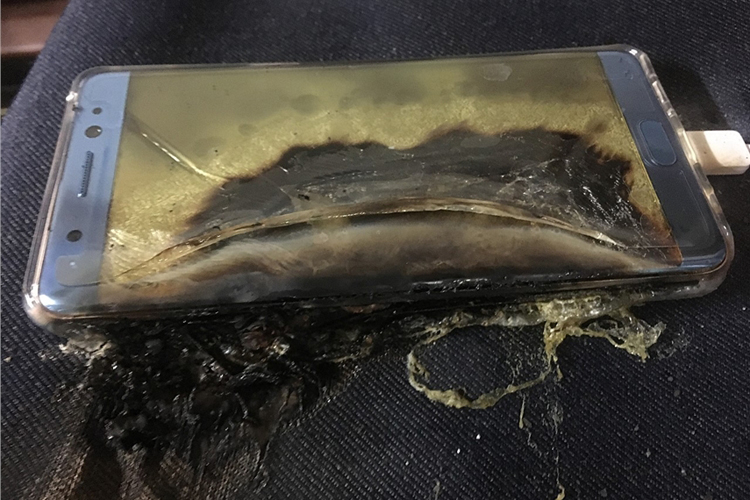 "That crisis brought the need for a strong brand into even sharper focus," Schunker said. "There is more forgiveness when you love someone, that works for a brand too. It’s a cushion at times like this.

But what really saved the brand, said Schunker, was how it behaved. "We acted quickly and with great transparency. We immediately tried to fix it and people gave us such high marks for that."

The brand even seems largely unaffected by the unfolding corruption scandal of its acting head.

The response to the campaign that launched the S7, which highlighted the value the phone could create for its owners, and the forgiveness the brand received following the crisis, were clear indicators that they were heading in the right direction, Tutssel said.

A year-and-a-half on, Samsung was named creative marketer of the year at Cannes 2016, but still has a way to go, Shunker said. "We’re just in the first phase of articulating the brand. We’re moving towards looking at the world with a greater degree of social consciousness and responsibility. The next will be a focus on how our brand behaves in the world. That journey will evolve."

What if a pop star wrote a song about you, Samsung ...