Citibank attracted close to $15 billion in net new money (NNM, fresh assets a bank adds) in the first half of the year across its wealth management business—Citi Global Wealth—in Asia Pacific. The majority came from the bank’s wealth hubs, which recorded one of the strongest six-month periods on record for the bank’s wealth business. This included adding $8 billion in the second quarter, with assets under management up 21% year-over-year.

Asia Pacific is a key market for Citi’s global wealth ambitions. Citi announced in January that it is doubling down on wealth with a focus on four wealth centres across Hong Kong, Singapore, London and UAE. While there's plenty of money to be invested, Citi is also discovering that Singapore's wealthy residents—a key group, especially the young affluent set—have markedly different goals for their money and time, compared with previous generations.

Over the past year, Citi has tried to get a clearer picture of these shifts and how to market its products to this wealthy cohort, which is shifting its views about saving and investing. In December last year Citi chose Singapore as the site of its largest wealth hub globally, dedicated to Citigold and Citigold Private Client customers. Concurrently, the firm launched a new brand narrative and campaign 'There’s more to wealth' recognising that its clients believe there is much more to wealth today.

"Whatever wealth means to you, our message to customers in this campaign was about wanting to help them grow and protect it," Luke Tucker, head of marketing at Citibank Singapore, told Campaign Asia-Pacific. "We ran the campaign for nine months across multiple channels including outdoor media, buses, taxis, KOLs/Influencers, YouTube, LinkedIn, Facebook, Instagram, Grab and Property Guru."

To try to step up its presence and market share in the competitive world of private wealth, Citi has now introduced 'Hidden riches'. Launched in September, it's an original online docu-series that follows six individuals and their differing vision of wealth. "The campaign reinforces that Citigold goes to the extra lengths to understand our clients’ personal goals and aspirations, and whatever their definition of wealth might be, we are here to help them grow and protect it," Tucker said.

The campaign, devised by MullenLowe, is being rolled out on digital and social channels and supported by a series of ads across paid media online and offline, island wide. To close the loop, this will also be complemented by direct-response acquisition focused channels to drive conversation, including search, affiliates and display. Out-of-home channels for the campaign include buses, taxis, digital and static billboards, digital screens across Singapore, and bus shelters.

"With a strong proposition of “There’s More to Wealth”, it mattered to us to ensure that we accurately reflected the accessibility and authenticity of Citibank’s wealth management proposition, in order to stand out in a crowded market like Singapore," CEO of Mullenlowe Group Singapore, Paul Soon said. "Hidden Riches...gives us an insider view of how these individuals living in Singapore are already champions of what wealth means to them and how they have successfully balanced wealth and their passion points." 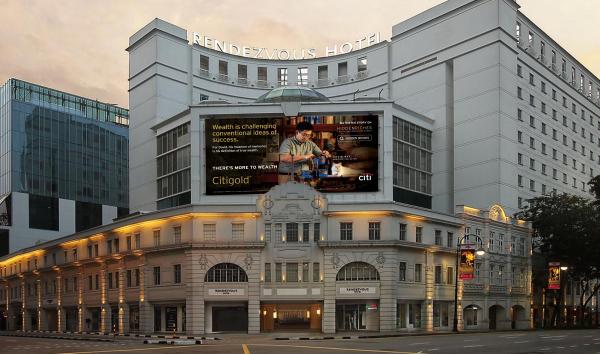 Even as Citi launches the campaign, Tucker said target customers for its wealth business "value authenticity and want to understand how our message relates to their personal circumstances". As Citi seeks to deepen its impact in the segment, he is also aware it's a segment in the throes of change. "The affluent are naturally time-poor and can be apathetic to marketing messages, so we needed to offer an adequate ‘value exchange’ for their time—timely, contextual, unique, and valuable," he explains.

Citi therefore "listened to our customers..., and the passions and interests they shared with us helped steer our content and events calendar, including the topics and high-profile or experienced speakers we were looking to engage," he adds. Examples include a wellness discussion with Maye Musk and a talk about protecting against the unexpected with Koh Chieng Mun, a cancer survivor. The agency was tasked with integrating the campaign message with Citi's customer-value propositions, such as the Citi Wealth First, Legacy and Mortgages offerings.

Tucker contends that despite launching these campaigns, the challenge for a firm such as Citi is harnessing a plethora of data to build well-directed marketing campaigns. "There is currently no shortage of data at your fingertips, first- and third-party," he says. "However, the challenge is joining the dots, across platforms, to drive the most impactful outcomes. For example, in the cards space, we’re fetching customers’ last transactional interaction to inform and personalise the messaging on our web pages to those customers."

From a paid-media perspective, Citi is running multiple ad sets to its target audiences for specific channels, then automatically optimising to the better performing ads.