It wasn’t many weeks ago that Aaron Stoller directed a multi-million dollar Super Bowl ad for Tide with It's Always Sunny in Philadelphia star Charlie Day.

But that was a pre-pandemic world.

Not once did he predict he’d soon be shooting a spot in his laundry room with his four boys and wife as actors and crew.

"It was the most challenging shoot I’ve ever been on," the Biscuit Filmworks director admitted kind of jokingly. "I was rendered powerless by my family -- it’s not like anyone would listen or I had any control over this."

Stoller teamed up with TBWA/Chiat/Day New York to produce a commercial for Snuggle. The fabric softener brand, which is part of Henkel, recently told the agency that it had media inventory to use but no ad units to run.

As CCO Chris Beresford-Hill was made aware of the situation, Stoller, rather serendipitously, made contact to check in on a friend he’d worked with so many times in the past.

They batted a few ideas off each other and, in no more than ten text messages, built the concept for a new campaign now known as "Laundry Room."

A quick iPhone-shot version was snapped by Stoller and passed to the client who gave it the green light in around five working days. Then the director wasted no time in wrangling the most unorthodox ad crew in his life.

"It was 50 takes," said an exhausted Stoller, who in the space of 15-seconds, perfectly captured the beautiful chaos of isolation right now for those who are lucky enough to be working from home.

Revealing the quirky logistics, he explained: "About a year ago, I ruptured my Achilles and I had a knee scooter to get around on, so we made a dolly out of that. Sam, my 12-year-old, was the dolly grip and focus puller -- so the imperfections in this video I’ll blame him for.

"We got my wife, who’s the furthest thing from an actress, to sit down and act like she was on a video conference. She thought we were never going to see her face, so at the end of the day she was like, ‘wait, what is this?’

"I let the ten-year-old shave a good little chunk out of the other six-year-old’s head, which was pretty amazing. During their video school, the gym teacher goes: ‘Jack, who did that to your hair -- did your brothers do that to you?’ He goes ‘no, my dad,’ and it got weirdly quiet." 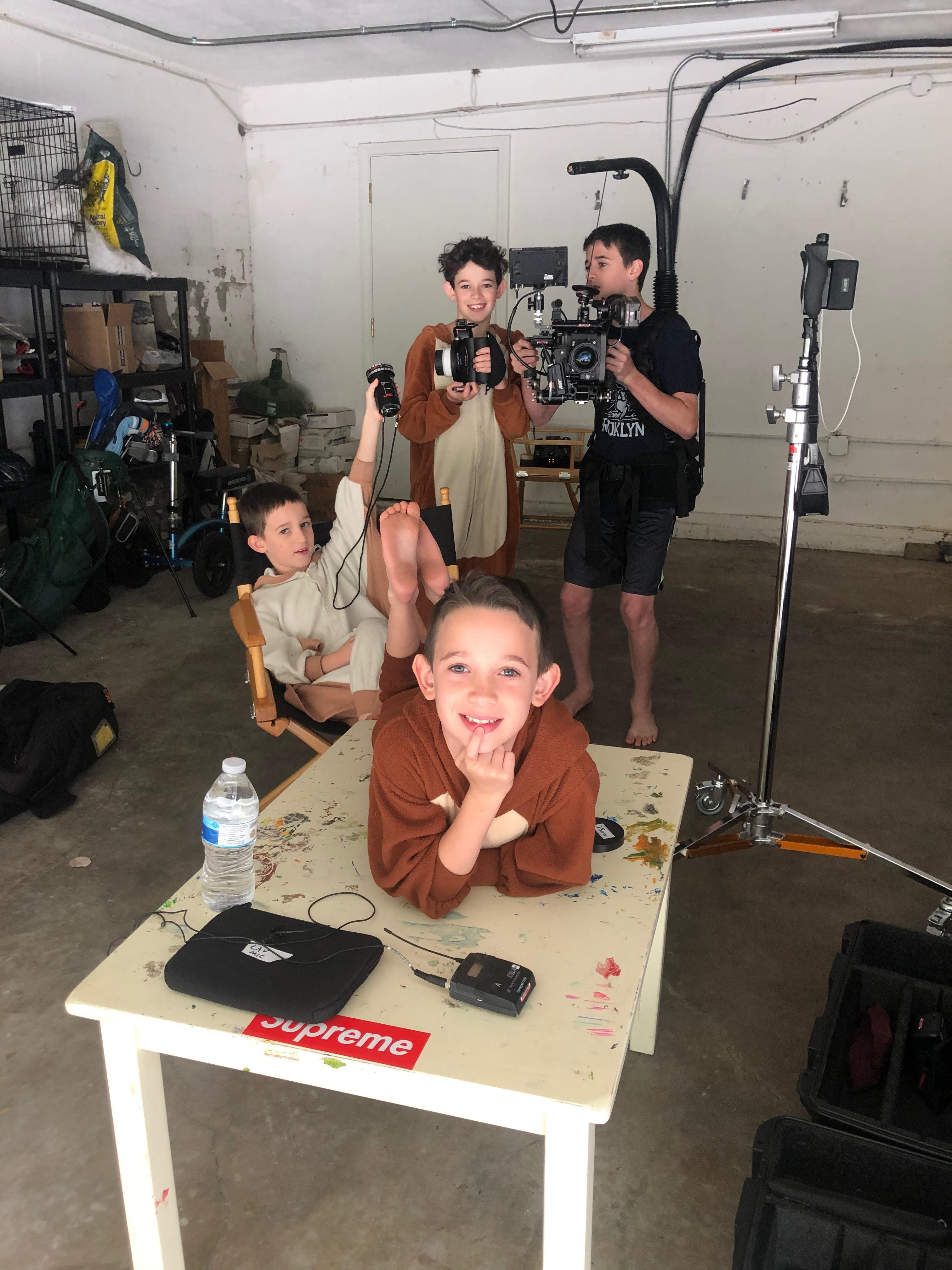 The most golden, culturally-relevant content was nailed in just four hours. Snuggle approved it and the work was launched days after ideation.

This shrunken timeline and scrappy mentality is the new normal amid COVID-19 chaos, said Beresford-Hill.

The creative stressed: "In the chaos of today, in terms of what we can make, anything is on the table. You can go to a client with a solution to a problem and it can be in any shape or form. You can have any conversation right now, and that’s an amazing thing.

"The old way to do something like this would be to get insights about what people are feeling about the time, do a round of creative or two, put things into testing, see what wins, film it, but that into testing. That ensures an outcome. But in this case, because everyone is thinking so scrappy and looking for solutions, you can start with the answer."

Stoller, whose work has largely been cut as traditional production temporarily ceases, said that he is optimistic about where this pandemic will take our industry.

He added: "I think that at the end of this, the idea and craft and creativity will start to take charge again. The little things that we’ve all been hung up on for so long will be put to one side and we’ll have this great new birth of creativity."

Why Makers puts production at the tip of the spear

No lights, cameras, or action: How adland is ...