Midas PE is led by former Goldman Sachs Korea head of research Chun Soo Lim, who has held executive roles at Samsung Securities and Korea Investment & Securities, and currently sits on the board of Korean Air parent holding company Hanjin KAL. The firm is majority owned by Midas Asset Management, with more than US$12 billion in assets under management as of the end of 2021.

Notably, Lim has brought on Sung Hun Robbins, who led WPP in Korea as country manager for nearly a decade, to spearhead its investments in marketing and commerce as partner and senior advisor at Midas PE. 
His anchor deal has seen Midas acquire a majority stake in Mirae I&C (Information  Communications), one of Korea’s largest independent performance-marketing agencies. The deal values the business at a robust KRW130 billion (US$106 million). Founded in 2000 by SE Park, who will continue to lead as CEO, Mirae I&C is based in Seoul with a branch office in Busan. With around 200 employees, it earned KRW28.5 billion (US$23.5 million) in revenue and KRW14.4 billion (US$11.9 million) in profit in 2021, according to figures provided by Midas.

The agency is unique in that it is purely focused on servicing SMEs rather than large global brands, servicing some 20,000+ smaller clients with keyword search performance work. The model not only appeals to Midas PE’s mission to support and grow Korean SMEs, Robbins tells Campaign Asia-Pacific, but is a more stable business than other agencies, which are overdependent on large clients. This may be particularly the case in Korea, where the agency space is dominated by big in-house founded networks like Cheil (Samsung) and Innocean (Hyundai).

“It’s reverse pitching now,” Robbins says. “You go to the companies that don’t want to sell—they're doing fine and they’re happy with what they are. Those are the best targets.”

To help scale Mirae I&C as a larger performance player, Midas has acquired two complementary businesses to work alongside it. The first is a boutique digital content production studio called Spacemonster, founded by director YK Kim, which has won awards locally and at the Clios, Adfest and Adstars in recent years. The second deal, still in the final stages, is in the media commerce space.

While the initial deals are in Korea, Midas is already preparing for regional expansion, with market entry plans for China and Southeast Asia. It is also in discussions with a major digital commerce company in Japan to set up a joint venture, with plans for another JV in Taiwan, where a greater proportion of the market is made up of SMEs. Eventual growth across Southeast Asia will be focused initially on commerce.

If the overall growth model sounds familiar, it might be because Midas is well aware of the new-entrant rivals to the big holding companies like S4 Capital’s MediaMonks and Carlyle Group-backed Dept Agency. Midas’ regional ambitions are admittedly on a significantly smaller scale to the global growth planned by those others. But all are purely digital plays without legacy overhang, focused on building specific content-production and commerce capabilities and growing aggressively.

Robbins worked for Martin Sorrell at WPP, where he was working towards Korean-based expansion. But he changed tack after Sorrell left the company in 2018, and also exited that same year.

“There’s obviously a lot to learn from Martin,” Robbins says. “S4 Capital has done really well and I’m drawing from his game book to a certain extent. But we’re more financial-investment oriented, investing in companies geared towards IPOs and other certain exit options.”

With a three-to-five-year time horizon on an IPO (pending local considerations and macroeconomic factors) the clock will be ticking on bringing scaled viable operations together. This requires not only a typical bulking up period that private-equity firms may undertake with pre-IPO portfolios, but also a way of developing some synergies within the business.

The plan is to create a hybrid of the S4, Dept and WPP models and eventually create a new virtual structure. In the first phase, Midas says it will put synergetic companies in groups with dedicated funds to support them. Once it has a portfolio of marketing companies, Midas intends to set up a virtual structure with a corporate centre, shared service centre and advisory board to provide discipline and support.

The rise of private equity

Midas’ ambitions are significant in two ways. Firstly, it’s a ‘made in Korea’ deal that intends to leverage the market’s significant cultural swagger in the arena of advertising and branded content. It is intended to be a start to the first marketing-focused, regional rollup play out of Korea.

Secondly, private-equity deals are hitting new heights in Asia Pacific, also doubling in Korea in 2021 according to Bain Capital’s 2022 Asia Pacific Private Equity Report, released today. This deal, along with Carlyle’s recent moves with Dept, signals a rising interest on the part of private-equity firms to play in a space they previously had avoided. 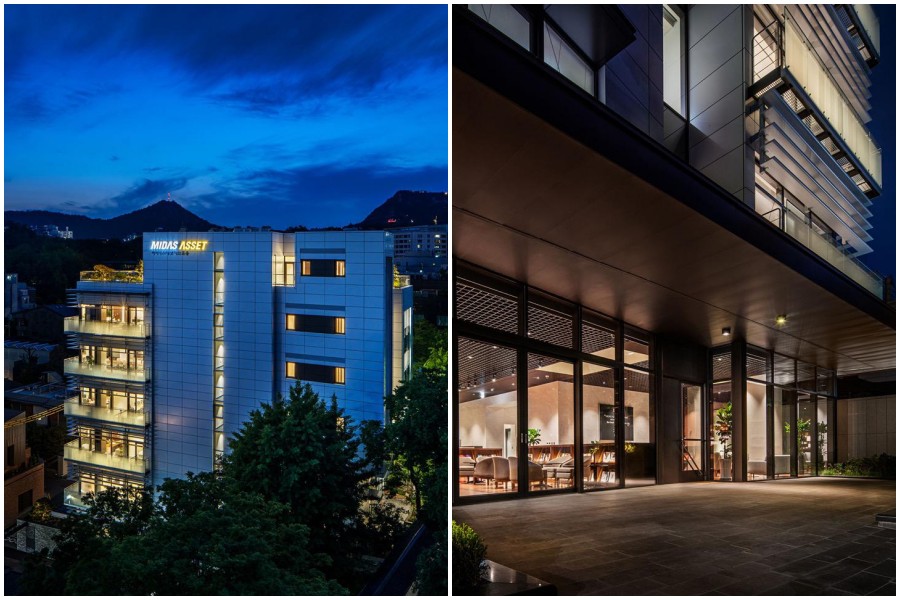 
“Historically, they shied away from [marcomms] for obvious reasons,” Robbins says. “The huge dependency on a small number of clients, on talent teams. media’s dependency on regulations—things that could offset the business overnight.”

And for these reasons, private equity’s approach in this industry is quite different from others, in which it might target distressed assets.

“We’re actually investing in the management of people, as you would with WPP, Omnicom or Publicis," Robbins says. "You’re really investing in existing talent. It’s not a manufacturing or hardware company where you could replace the top management for efficiencies and restructuring. So we’re really partnering with the founders and pre-existing management.”

As for private equity’s reputation for focusing on short-term gains toward an IPO window, Robbins argues that IPO plans are supportive to acquiring and retaining the best talent, since you can bring in wider compensation schemes and stock options to retention plans.

So while there is an exit strategy in place for investors, Robbins’ goal beyond the financial gains is to be a catalyst for Korea to eventually emerge as a legitimate global marcomms player.

"'Made in Korea' is increasingly becoming qualitatively at par with 'Made in USA' or UK content and service," he says. "It’s nearing a time when a Korean-based WPP or S4 Capital can spring forward."

Why private equity is set to become the dominant ...