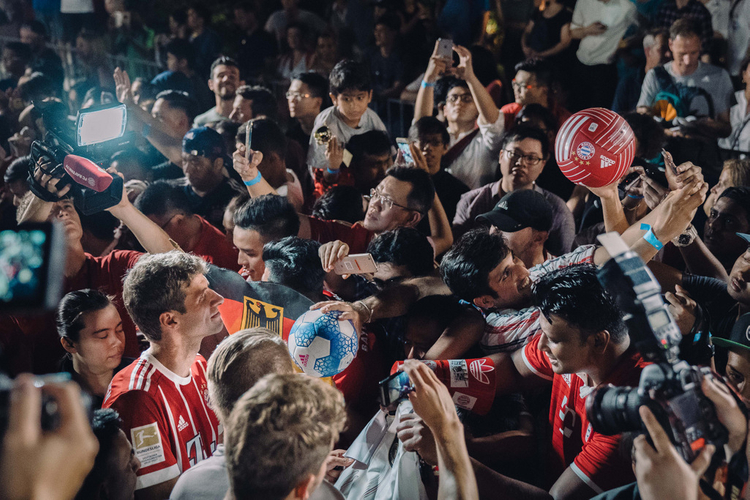 Attendees at the event in Clifford Square saw local football stars past and present, including Fandi Ahmad, Ilhan and Iryan Fandi, Izwan Mahbud (Tampines Rovers), Shahdan Sulaiman (Tampines Rovers), Nazrul Nazari (Hougang United), Khairul Nizam (Home United) set the Singapore record for the longest football dribble relay. The attempt wove from Jalan Besar Stadium, through popular urban football locations, and ended at Clifford Square with Müller, Alaba, and Rodriguez joining the last leg. That was followed by a freestyle football battle with teams led by each of the three stars. Members of the public also got to snap selfies and get autographs from the FC Bayern Munich players.

Said Peter Stastny, commercial director of Adidas Singapore, “We wanted to unite the community around their shared love for football—and by creating a new Singapore record, we hope to have inspired these football enthusiasts to celebrate their individuality through creative expression but at the same time, working together as a team to shatter existing boundaries and create new ones.”

Hear Adidas 'anthem' for the opening of its ...