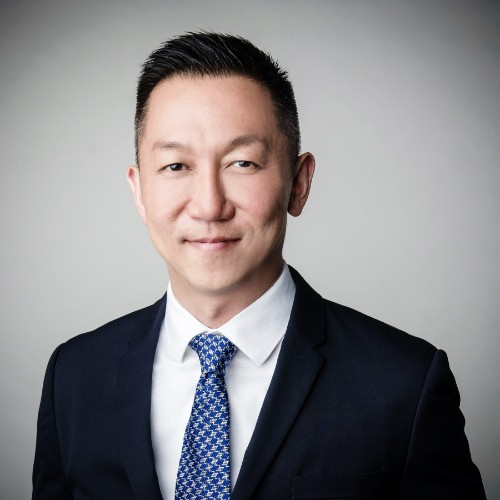 Freelancing marketplace Fiverr has appointed Bohemia, part of the M&C Saatchi Group, to handle its media in Australia launching with TV and BVOD. Fiverr offers a range of freelance services across more than 160 countries.

Communications consultancy Wachsman has appointed Danny Phan as global chief strategy officer. For the past 18 months, Phan has served as Wachsman’s managing director for Asia Pacific, leading the regional headquarters in Singapore. In this new global role, Phan will have extended management responsibilities across all regional headquarters and will be responsible for spearheading Wachsman’s global growth strategy, including the expansion of the firm’s intellectual property, service offerings, talent strategy, as well as cross-border client mandates. Prior to joining Wachsman, Phan was the regional managing director for Teneo Singapore and Southeast Asia and previously held senior leadership roles at Burson-Marsteller and Ogilvy. Phan has received multiple accolades, recognised as “Young PR Professional of the Year” at the Asia Pacific PR Awards and has been named to Campaign Asia's prestigious 40 under 40 list.

Digital SEA Indonesia has hired Chetan Shetty, former head of content at Wavemaker, as managing director. Shetty will be responsible for running both McCann Indonesia and FCB Jakarta, as well as supporting the CEO on running the Digital SEA group P&L. He reports to Bhaskar Rao, CEO, Digital SEA. Shetty has 16 years of experience across media and creative agencies at both WPP and IPG in Indonesia and India. He has been based in Indonesia for the past seven years. His last role was to establish the content vertical in Wavemaker. Before that, he set-up and successfully ran the digital division at FCB Jakarta for over five years.

Sandpiper Communications has appointed Natalie Siu as general manager of its Hong Kong office. Siu joins from business advisory firm FTI Consulting, having begun her career as a journalist and previously held agency roles with Kreab and Edelman and in-house communications roles at AIA Group and Zurich Insurance. She will work closely with Emma Smith, chief executive officer and Kelly Johnston, chief operating officer and general manager of Southeast Asia.

McDonald’s Australia has appointed the former CEO of DDB Australia, Chris Brown, to the position of vice president and chief marketing officer, beginning in December 2020. Brown will be relocating back to Australia to from New York, where he is senior vice president and group managing director at R/GA.  With over 23 years’ experience leading creative and digital agencies in Australia and overseas, Brown will join the McDonald’s Australia senior leadership team, reporting directly to CEO Andrew Gregory. Brown's career began with DDB in London in 1997, which later saw him appointed group managing director of DDB Sydney in 2007 and subsequently, CEO of DDB Australia in 2012. In 2014 Brown relocated to New York where he was appointed president and CEO of DDB New York.

Creative agency, Push has expanded into Australia by opening a studio in Sydney. Headquartered in Shanghai, the agency has been growing its global business with offices in Tokyo and Oslo. Its new studio will be led by co-founder Jonathin Lim. Push positions itself as the creative agency for Australian brands wanting to work to get a foothold in Asia or speak to a diverse youth demographic within Australia. Created in 2014, the agency counts Beats by Dre, Nike, Adidas, Asics, Tuborg, Google, The North Face and Tencent as clients.

BBC Studios and Bilibili have signed a deal to collaborate on BBC Studios-led productions. Both sides will commission new content and jointly develop BBC Studios or Bilibili IP for the Chinese market, potentially including an animation project. The firms are also exploring the potential for BBC Studios to invest in Bilibili-produced content. Building on their existing content partnership, the deal will see Bilibili become a co-production partner in China for new BBC Studios factual titles, including the forthcoming BBC Studios series The Green Planet and The Mating Game. The partnership will also give Bilibili greater access to BBC Studios drama and comedy titles and exclusive VOD rights in China to BBC Studios’ new scripted fantasy show The Watch and  scripted content and entertainment shows including Top Gear and Doctor Who. The two companies will also expand science productions. Working together with Bilibili, BBC Studios Science Unit will produce a commissioned science series, Odyssey into the Future, featuring Chinese author Liu Cixin.

Pratyush Kumar will now be the regional head for strategy and communications for Japan SEA and ME for Oyo Hotels and Homes. He has worked at companies like McKinsey and Bajaj Auto previously.