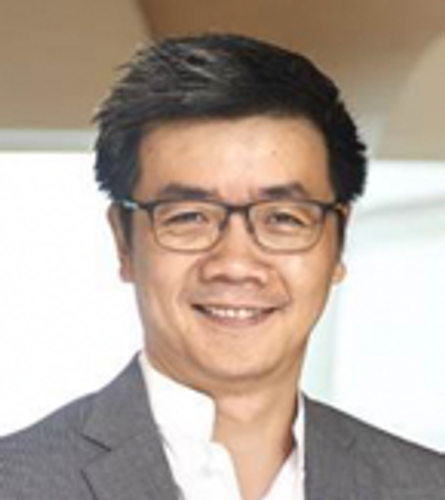 Audi Singapore appointed BBDO Singapore as its agency of record for a three-year period following a pitch. The client cited BBDO's ability to align local work to the global strategy whilst remaining relevant to the local audience.

Wunderman Thompson announced that Sheungyan ‘Mayan’ Lo is returning to Hong Kong to take up the role of chief creative officer for Wunderman Thompson Hong Kong, in addition to his existing role as APAC chief creative officer. His appointment coincides with the departure of Carlos Camacho, ECD, who is moving to Amsterdam to take up the position of ECD. The agency said Lo will continue to be heavily involved in client work and support the creative team and leadership in its Greater China offices and beyond.

Lion & Lion will develop social media on behalf of Signet Armorlite AMERA for the Kodak Lens brand globally. Lion & Lion will be developing a global social campaign that will be executed in markets including Southeast Asia, China, Africa, Russia and more.

South Australia's Accolade Wines appointed brand communications agency Manifest Group as its global communications partner for one of its core brands, Banrock Station. The agency will be tasked with developing the Australian wine’s environmental communications platform for its key markets, which include Australia, the UK, Europe, North America and Asia. The account will be led by the agency’s offices in Melbourne and Stockholm.

Sunway City Kuala Lumpur appointed social and content agency Kingdom Digital to manage its Facebook and Instagram accounts while overseeing social strategy and content development for the brand. The appointment comes following a pitch in January with four agencies vying for the account. Previously, the social-media duties were handled in-house. The term is six months with the possibility of extension.

Dentsu International has made a series of senior Singapore-based executive appointments across its creative, CXM, and media service lines.

The Hoffman Agency launched an integrated marketing communications (IMC) offering from Asia-Pacific. The service caters to demand from B2B technology companies for an approach to communications that enables direct outreach to customers and delivers business results. The move formalises services that have become an increasing part of the agency’s work in recent years with the addition of dedicated content and newsroom capabilities. As part of the offering, a newsroom service helps brands take a more strategic approach to media relations by addressing it within the wider context of IMC and producing content that works alongside journalists’ editorial priorities. Alessandra Tinio, former Campaign Asia-Pacific and Campaign Japan editor David Blecken and Nicolas Chan lead the IMC operation, reporting to Caroline Hsu, managing director for Asia-Pacific. Other hires include Stephanie Yang in Taiwan, who joined from Trend Micro’s subsidiary company Soocii, Kelly Kwon in Korea, a former journalist who has also worked in data science and Kevin On, who led global marketing and communications for drone maker DJI.

Flare Communications Group has added Tatcha and Nu Skin Hong Kong and Macau as clients. Flare will work with these brands as their public relations agency on a retainer basis.

I Thrive PR + Communications has hired Tom Selby as creative director. With over 15 years’ international and local advertising agency experience, Selby has worked at creative agencies across Hong Kong and Sydney including DDB, Tribal DDB, 303Lowe, and, most recently, Archibald Williams.

Australia’s sustainability focussed fashion label, Maurie & Eve has appointed The Wired Agency as its exclusive full-service digital marketing partner. The label has also moved to 100% ecommerce, focusing heavily on its digital infrastructure to further build the brand. With such a focussed model, it made sense for the business to review its digital marketing requirements and engage Wired to drive awareness and growth of the brand online.

ForwardPMX has promoted its former head of Paid Media, Edison Woo, to the newly created role of vice president of Organisational Development for APAC. Edison’s remit will be focused on leading ForwardPMX’s talent development strategy across APAC and Russia, with an emphasis on recruiting top digital talent, strengthening the agency’s purpose proposition across social impact, DE&I and overall agency culture, and transforming internal skillsets to deliver clients strategic expertise in media.

Essence appointed Magda Wolder as head of Experience, APAC. Based out of Singapore, she will lead the agency’s creative, content innovation and studio capabilities in the region. Joining Essence in 2018, Wolder was previously head of Creative Strategy, EMEA at the agency’s London office. With over a decade of experience bringing advertising and ideas together in the media, technology and entertainment industries, she earlier worked as a senior researcher for EMEA at Netflix in the Netherlands, as well as a lead creative strategist and head of customer closeness at Sky in the United Kingdom.

Following the departure of CEO John Hadfield, BBH announced Christine Ng will be splitting her time between China and Singapore to take up the role of chairperson at BBH Singapore. With over two decades of BBH experience, it sees Ng returning to her roots as she was part of the original leadership team that launched the Black Sheep in Singapore 25 years ago. Ng will take up the role on July 1, working alongside the Singapore core management team of Sid Tuli, Sascha Kuntze, Natasha Lindsay-Barker and Jacob Wright. Ng was a co-founder of the BBH China business which, in her time first as MD, then as CEO.

Singtel IT division NCS has named former Starhub CMO Howie Lau as its new managing director of corporate development and partnerships. Lau will spearhead NCS’ M&A efforts to accelerate expansion in Singapore, Australia and Greater China. Besides inorganic acquisitions, he will review and develop strategic partnerships, lead the marketing and communications function, and drive sustainability efforts. Prior to joining NCS, Lau was the assistant chief executive of the media and innovation group at the Infocomm Media Development Authority (IMDA) and previously served as CMO and head of consumer business at StarHub, as well as VP of corporate development at Lenovo and IBM.

Dentsu Malaysia has made three leadership appointments across its Media Service line. Asha Nair as the managing director of Media Investment and Platforms, Jing-Wen Foo as E-Commerce director, and Hemanth Jayaraman as partner and Agency Brand Lead of DensuX. All three will be part of the Media Service Line Executive Committee, reporting to Dheeraj Raina, CEO of Media Brands. Nair brings over 20 years of media solutions expertise in digital marketing and advertising and was previously managing director of Xaxis & INCA, GroupM. Foo joins Dentsu from Shopee and Shopback and Jayaraman was earlier senior brand manager at Hennessy VS and Hennessy VSOP.

The Beijing office of Dentsumcgarrybowen China has expanded its existing remit to bag the creative account for FAW-Volkswagen, following a competitive pitch process. The agency will be responsible for integrated marketing strategy, creative and PR services for the FAW-Volkswagen SUV and electric vehicle models.

GroupM Australia has named Deepak Tahiliani head of Digital Investment. He will drive strategic partnerships and deliver value for GroupM clients through effective approaches to media, as part GroupM’s Responsible Investment framework. Tahiliani, who has more than 15 years ‘experience in digital, joins from GroupM India.

Communications consultancy Rice has been appointed by IWG as communication partner in Singapore and Hong Kong . To date, the Rice team in Singapore and Hong Kong have helped reinforce IWG’s position in the hybrid workspace industry and highlighted its support for workers from all industries. The team also worked on the launch of IWG’s new space Signature at The Quayside in Hong Kong.

Redhill, a Singapore-headquartered communications agency, has appointed Marienelle Castelino and Tavy Cussinel as the company’s newest managing directors. As part of their new roles, Castelino will deepen her focus on brand leadership and corporate mandates in markets across Asia-Pacific, specifically Singapore, Indonesia, India, and Cambodia, while Cussinel will focus on growing the agency’s education, healthcare, luxury and lifestyle portfolios.

PRHK has appointed its Next Generation Leaders, tasked with driving change in the work life balance space for the communications industry at large. The task force is made up of representatives from international, local, independent and holding group agencies. Key leads are Karolis Adomaitis, vice president, Fleishman Hillard; Iris Yeung, manager, Golin; Sara Cheung, associate director Edelman and Penn Leung, director, CCG. The team had their kick-off meeting last week and as an immediate next step will be investigating issues of work life balance within the industry. By the end of the year, it aims to have created a playbook for all member agencies on how to foster a culture of positive work life balance.

Grey Singapore appointed Shawn Low as head of social, Wei Jian Lim as account director, and Justine Lee and Rubin Regueira Fernando as creative directors. Low returns to Singapore after stints in London and, more recently, Melbourne, where he was the head of content and social at B2B agency Green Hat. He has prior experience at King Content and Immedia. Lim joins from MullenLowe Singapore and has over 11 years in the industry including more than eight years with TBWA Singapore. Lee, a copywriter, joins from TBWA Group Singapore. In more than 20 years of experience with BBH, Publicis and Leo Burnett, she has worked across online and offline channels and in a wide range of categories. Regueira Fernando (known as Rubinho), also a copywriter, is a Spanish creative with 20 years of experience in the US, Sweden and China, including stints at SCPF, Crispin Porter+Bogusky, Anomaly, Tony Le Brand, BBH, and Edelman Deportivo.

Association of Advertising & Marketing Singapore (AAMS) appointed AS Anam as chairman for the 2021 Creative Circle Awards, aka the Gongs. Anam is an award-winning creative director at TBWA Singapore, where he has been for five years.