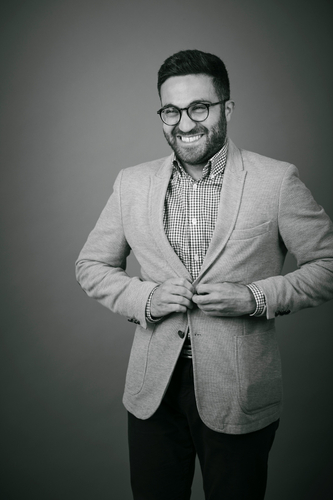 Dentsu Aegis Network performance agency iProspect appointed Arshad Rahman to a newly-created role as chief operating officer in Indonesia. He joins from Google Indonesia, where he was head of Google Marketing Platform for four years. Prior to that, he worked in GroupM and Innity. Rahman will report to Rahul Nambiar, CEO of iProspect Indonesia.

ANZ named Kjetil Undhjem as head of marketing and brand strategy for its Australia division. He was most recently with Mondelez as senior category director chocolate in western Europe, based in Zurich. Prior to that has category director for chocolate in Australia and New Zealand. Based in Melbourne, he will lead ANZ’s Marketing Centre of Excellence and also direct the marketing function for the Australia Retail & Commercial arm. He replaces Carolyn Bendall, who left in February for a role at Swinburne University.

Clemenger BBDO Melbourne appointed Jim Curtis and Ryan Fitzgerald as joint executive creative directors. They join from Droga5 in New York where they were creative directors who worked on the Tourism Australia ‘Return of Dundee’ campaign. The agency's chief creative officer, Stephen de Wolf, is leaving to become CCO of BBH in London.

Inca, GroupM’s influencer platform, appointed Arthur Altounian as client development director for Asia Pacific. He will work across top global and regional clients to help them realize the full potential of influencer and content marketing and leading the unit's strategic approach on how influencer marketing sits in the overall planning framework. Altounian has 15 years of experience in media, programmatic advertising, sales, business development and team management. He was most recently with Xaxis in the UK for five years, leading and developing a 15-person team. Prior to that he was part of the international advertising sales team at Microsoft.

Town Square won an appointment from Maddie Riewoldt’s Vision, a non-profit raising funds for finding treatments and a cure for bone marrow failure. The agency, which has worked with Maddie's Vision since 2017, will manage brand, campaign creative, strategy, digital, web design and development. The organisation was founded by Maddie Riewoldt, sister of former AFL player Nick Riewoldt, who died in 2015 at the age of 26 following a five-year fight with aplastic anaemia.

WPP AUNZ named Katherine Williams, Matt Hofmeyer and Steve Harris as general executives to lead the campuses of its Queensland Group (Brisbane), SA Group (Adelaide), and WA Group (Perth), respectively, and also appointed Dominik Heitmar as head of corporate strategy. Williams, previously MediaCom's Brisbane managing director, now becomes chair of MediaCom Brisbane while also taking on the general executive role. Hofmeyer will continue as Wavemaker's Adelaide MD and Harris will continue as chairman and CEO of The Brand Agency in addition to taking on their general executive roles. Heitmar's position is a new one. He was previously in a strategy role with BMW Group. Jens Monsees, WPP AUNZ CEO, said the campus strategy aims to bring WPP's brands closer together and forge greater collaboration. The company said it is working toward the campus model across its entire operation, including Sydney, Melbourne and Southeast Asia.

72andSunny has promoted global chief operating officer and partner, Evin Shutt, to CEO. With her promotion, Matt Jarvis becomes co-chairman effective immediately. As the first employee of 72andSunny in 2004, Shutt has played a vital role in shaping the company’s growth from five people to more than 700 staffers across Los Angeles, New York, Amsterdam, Sydney and Singapore.

WM Motor, a Chinese maker of electric passenger vehicles, appointed BBH China as a creative partner. The agency won the assignment after a multi-agency pitch and will be working on brand communication, strategy and execution. WM Motor offers affordable battery-powered vehicles under the Weltmeister (威马汽车) brand.

PropertyGuru selected Kingdom Digital as its social media agency for Malaysia following a pitch. Social duties were previously managed in-house. Kingdom Digital will be responsible for the brand's Facebook and Instagram accounts, with the scope of work including social content strategy and planning, creative development, social engagement contests, and reporting.

The Republic of Singapore Navy (RSN) has appointed MullenLowe Singapore as its creative agency of record with a remit to develop and implement a recruitment publicity strategy for its Recruitment Centre. The win is a result of a competitive pitch and will see MullenLowe Singapore working with the RSN for three years. The agency will develop a fully integrated recruitment campaign that includes ATL, BTL, digital, social and live events.

The Hoffman Agency has appointed Thomas Franky as general manager of its Indonesia office. He joins from Fortune PR, where he served as managing director for four years and where he launched two business units: digital communication consultancy diBe and brand communication consultancy Verbrand. Franky will report to Caroline Hsu, APAC managing director. The Hoffman Agency’s Indonesia operation is one of eight fully-owned offices across APAC with clients including Legoland Malaysia and McAfee.

Golin Hong Kong has tapped Qatar Airways as a client, and will sign a three-year partnership with the airline. With Golin China serving Qatar Airways since June 2017, the agreement with Hong Kong is an extension of the partnership across the region. The Hong Kong team has previously supported its China collagues on the account, and this win means they will continue to work together to ensure consistency across both markets.

Carat Taiwan promoted JJ Lu, currently GM of Carat Interactive, to managing director of Carat Taiwan, effective April 1. In addition, Morre Liang, currently chief client officer, will be promoted to GM. Lu will report to Jennifer Tang, CEO of Dentsu Aegis Network Taiwan. Joanne Liu, CEO of Carat Taiwan, has decided to take a short leave from Carat starting from the end of March for personal development, according to the company.

BMW Group Indonesia appointed Leverate Media Asia as its exclusive online and offline media agency for the period of January 2020 until January 2025. The appointment follows a pitch handled by European media auditor AuditStar, which started in early 2019. Leverate, which has 150 people in Jakarta, put forward a highly data- and insight-driven media strategy across digital channels.