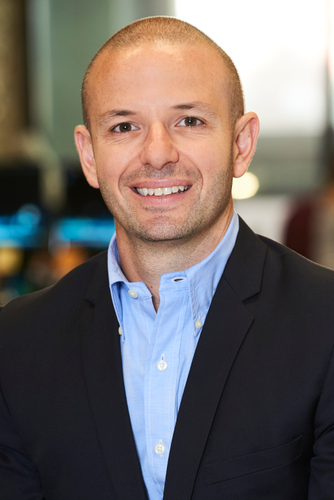 Rakuten Marketing has promoted Anthony Capano from his role of EMEA managing director to managing director of international. Capano will look after all territories outside of the US and Japan, including Asia Pacific and Latin America. At the same time, APAC managing director JJ Eastwood is leaving the business.

Steve Martin, the global CEO of M&C Saatchi Sport & Entertainment, is moving from London to Sydney in mid-September. One of the founders of M&C Saatchi’s sports arm 15 years ago, Martin will be based in M&C Saatchi S&E’s office in Sydney, with a remit to expand its regional presence and focus on new office openings, particularly in Southeast Asia.

Bloomberg Media Group appointed Mark Froude as head of ad sales in Asia Pacific. He returns to the role, which he previously held for 10 years prior to relocating to New Zealand in 2018. He will be based in Singapore. Prior to Bloomberg, Froude was MD of Press Start Media, which he founded in 2003, and has held sales and marketing management positions at Asia Business News, CNBC Asia Pacific, and TVNZ.

Singapore communications agency Redhill hired Alpana Killawala as senior advisor, based in Mumbai. Killawala joined after 26 years at the Reserve Bank of India, where she was spokesperson. Killawala with advise Redhill clients on financial comms strategy.

Publicis Sapient Australia appointed Daniel Abbas as industry lead for public sector and higher education and Michael Joffe as industry lead for energy and utilities. Abbas has consulted for both the corporate and public sector, established a higher education startup, led the digital practice for Nous Group and served as business architect for REA Group. Joffe, who has expertise across distributed energy, energy management, and smart-home technology, co-founded Zen Ecosystems and held prior roles at Planet Innovation and Invetech.

Samsung Cambodia named Ada as its digital agency, with the scope of work including digital strategy, digital media buying, social media strategy and content creation, as well as community management for 2019. The appointment follows a competitive pitch that saw six agencies participating, according to Ada.

Lewis Hong Kong was appointed as global social media agency of record for ECOVACS Robotics following a competitive pitch. The agency will be responsible for the content, management and optimization of ECOVACS’ global social-media channels, as well as spearheading major campaigns and activities to enhance brand identity and further build the category of home robotics.