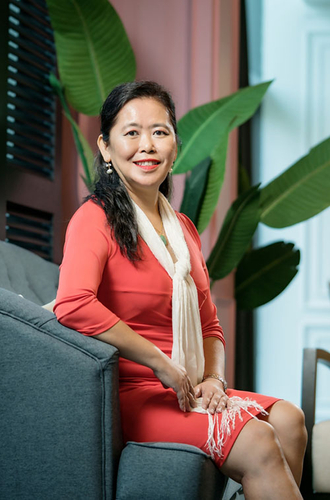 In a continuing reshuffling of the top deck at WPP AUNZ, the latest change sees MediaCom AUNZ CEO Willie Pang take over as managing director of GroupM services. This latest leadership appointment follows the departure of GroupM's regional CEO Mark Lollback in March this year. The search for a CEO, however, continues. Pang has been with MediaCom for six years, first as chief digital officer and then he was promoted to chief operating officer and CEO in 2018. In Pang's place, Yaron Farizon, CEO of MediaCom Russia and MediaCom Connections Israel, is being made CEO of MediaCom AUNZ, effective 1 June.

Citrine One Malaysia has been appointed as WCT Holdings' public relations agency on record with effect from 1 April 2021. The group-wide appointment also made Citrine the PR agency on record for seven other business entities under its wings, namely WCT Land; WCT Malls Management, which includes Paradigm Mall Petaling Jaya and Paradigm Mall Johor Bahru; along with its two airport malls, [email protected] and SkyPark Terminal; and Première Hotel Klang.

Alliance Cosmetics Singapore has launched Makeheal, a South Korean-based beauty brand, in the market. For the inaugural launch of the brand, Alliance has chosen social media channels as the main communication platform and has awarded the social-media duties to Kingdom Digital.

BBDO Singapore has been appointed by cloud technology company, Xtremax, to work on branding initiatives. Currently, Xtremax hosts more than 500 government websites and has been a significant partner to a large number of Singapore’s government bodies.

Juice, the Central European visual effects and sound studio, has opened an office in Shanghai and appointed appointed Simon Astbury as managing director. Astbury has over 20 years of experience in postproduction with the last three years spent in the city working for Digital Domain and MPC.

Mediabrands Malaysia has appointed Fan Chen Yip as its chief investment officer. Chen Yip will be responsible for all legacy and new media investments within the group. He comes with 30 years’ experience in the industry, most recently with the Media Prima group.

Wunderman Thompson has promoted Nick Muncaster to MD of its Melbourne office. Muncaster has been with the agency for six years, first joining as general manager. Prior to his joining Wunderman Thompson, he held multiple leadership roles at agencies including Ogilvy and EuroRSCG (Havas) in Sydney and Melbourne. His appointment as MD culminates an extensive search, the agency said. Muncaster replaces Michael Godwin, who departed in March after more than 10 years to become CEO of Melbourne-based creative agency Bastion Banjo. The MD role reports to ANZ CEO Lee Leggett.

DoubleVerify has appointed James Cashmore as SVP of global client and agency partnerships. In his role, Cashmore will head up a newly-formed team focused on addressing the holistic needs of top global brands, agencies and consultancies. He will be based in London, reporting to Julie Eddleman, EVP, chief commercial officer. A 25-year digital industry veteran, Cashmore joins DoubleVerify after previously consulting with Human (formerly White Ops). Earlier, Cashmore spent 15 years with Google, where he most recently served four years as global client partner director for APAC in Tokyo.

Video production agency Heckler has appointed Craig Stevenson as head of 3D, based in Singapore. Stevenson boasts over 23 years experience as a FX artist, compositor, look development artist and creature animator. He joins Heckler after successful stints at Weta Digital, Disney ILM, and DNEG, and has worked on Lord Of The Rings, Interstellar, World War Z, King Kong and Superman.

Neon Leaders, a flexible resource platform, has appointed Karen Dalgleish as director of community. In her marketing career, which spans more than 30 years in Asia, Dalgleish has worked across in-house leadership roles, agency leadership roles and as an independent leadership talent.

Chemist Warehouse has chosen Seedooh to provide independent verification of its Out of Home campaigns, in another endorsement for the growing company’s verification platform. Seedooh will verify that OOH ad spend is backed by accurate campaign delivery, working in close collaboration with Chemist Warehouse’s media agency Stratosphere to ensure the team has complete visibility over whether the right messages are being shown in the right places.

Frameplay, a provider of in-game advertising, has tied up with Livewire, a gametech, entertainment and marketing company, to provide in-game inventory to APAC marketers with an in-game advertising solution. Livewire will be offering Frameplay’s advertising inventory to the market at a preferred partner rate, helping brands that are interested in expanding their audience through buying strategic in-game advertising, an effective cookieless alternative. Livewire will offer this exclusive inventory to advertisers in Australia, New Zealand, Singapore, Malaysia, Philippines, Cambodia, Vietnam, Taiwan, South Korea, India, Indonesia, and Thailand, allowing brand exposure to targeted geographic or global audiences. The partnership with Frameplay enables Livewire clients to have access to over 190 million daily impressions and premium game inventory across millions of mobile, PC, and console devices.

S4 Capital has hired Tom Braybrook as VP, head of growth AUNZ for MediaMonks and MightyHive. Braybrook joins from Google New Zealand, where he is currently head of agencies and partners. Prior to Google he held solutions consulting and product manager roles at Adobe, and digital roles within agencies OMD and Carat. MightyHive APAC MD Kenny Griffiths said Braybrook's experience from agency, Adobe and Google "hones in on our holy trinity approach—data, digital media and content". MightyHive and MediaMonks have won Vodafone NZ, UNSW, TAL, Allianz, Mondelez and National Australia Bank businesses in the last six months.

Havas Media Group Australia has promoted Nick Kavanagh to the newly created role of head of integrated strategy and planning. Kavanagh joined Havas in 2020 as head of integrated communications strategy, helping to develop both the agency product and overseeing strategy on clients including Destination NSW and TK Maxx. In his new role he will oversee the delivery of Havas Media’s strategic vision in a way that unites all facets of its integrated agency offering—from CRO, shopper marketing, performance digital, brand work and smart content delivery. The communications expert previously held roles at McCann London, OMD Worldwide, Naked Communications, ZenithOptimedia and Carat.

Singapore-based celebrity video platform Ace has struck a partnership with brand and talent management agency Octagon to bring additional sports and entertainment talent into the platform. Ace launched in 2020 to allow consumers and businesses to book influencers and celebrities to create personalised video messages. It currently has around 400 influencers and celebrities on its platform and is active in Singapore, Philippines, Malaysia and Indonesia, with plans to expand into other Asian countries. The partnership with Octagon will focus on bringing top talent from the sports categories like basketball (NBA), cricket (IPL) and football (English Premier League), and well as entertainment categories like K-pop and Bollywood, onto the platform. The two partners previously worked together to raise funds for the Make-A-Wish Charity Foundation in December.

BBDO Singapore has won two campaigns from The Tripartite Alliance for Fair and Progressive Employment Practices (TAFEP), which held an RFP for three campaigns in February. BBDO Singapore has been tasked to deliver two campaigns over the next two years focusing on TAFEP's [email protected] initiative and the Work-Life Ambassador Scheme (WLA). For this pitch, BBDO Singapore brought together specialist partners PHD, VMSD and Ipsos.