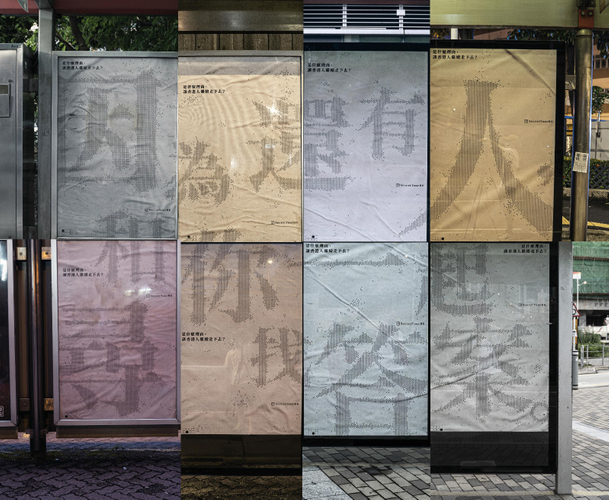 Hong Kong has been in a state of unrest since June last year, when protests first began in response to Beijing trying to push for an extradition bill.

Most recently, the market has became a battleground of the US-China tension, as both sides put pressure to Hong Kong's free capital market as leverage.

Secret Tour has created a campaign to convince people that, despite the tension and uncertainty, there is one thing that unites everyone. And that is, quite simply, that everyone is searching for answers together.

The question the ad asks, translated from Chinese, is: "What is the reason for Hong Kong people to continue this path?". The answer has been split into eight different 'puzzles', which have been placed on 150 bus shelter panels in Hong Kong. In each bus shelter, people will see the question, one part of the answer and an Instagram account, which leads to the full answer.

Combining all the pieces of the puzzle together, reveals the following: "Because there is someone out there, searching for answers, together with you."

The agency says it wants to emphasise that with the wisdom and unity of the crowd, people will find their way sooner or later.