Men are more responsive to online ads than women, according to an eye-tracking study by picture provider Shutterstock.

Males looked at the ads for 0.4 seconds longer than females (0.9 seconds vs 0.5 seconds) while noticing a third of the ads in the study compared to a quarter for females.

Data also showed that marketers selecting the correct images can double the amount of time that online ads are viewed on desktop.

The top-performing ad was viewed for 1.4 seconds, compared to a benchmark dwell time of 0.7 seconds. 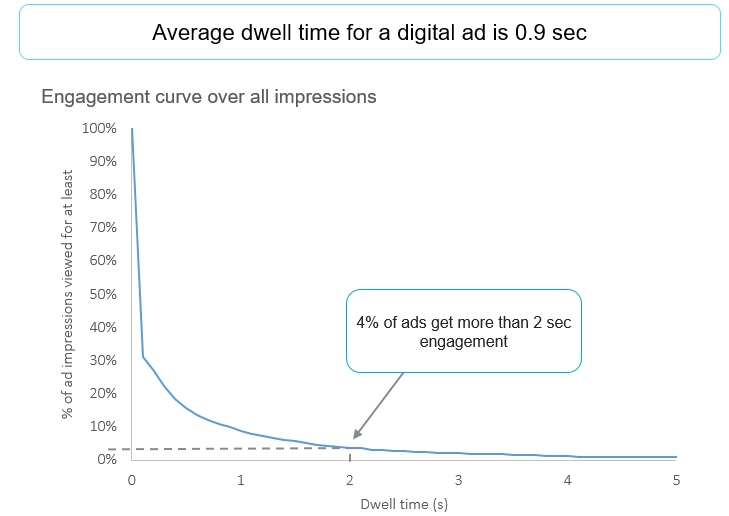 Jeff Weiser, chief marketing officer at Shutterstock, said: "It’s notoriously hard to prove the effectiveness of online ads but this study goes a long way to showcasing what type of images engage viewers and therefore what kinds of ads are most effective. For marketers looking to produce online ad campaigns, they should seek to use simple imagery that appeals to the target demographic."

The study was conducted in two phases. In the first phase, 150 panellists were shown 65 images (taken from Shutterstock’s picture library) in a randomised order to find out which were the most engaging. In the second phase, the top, middle and bottom performing images from the first study were used to create 16 image-led ads, which were then shown to a panel of 148 individuals, within a "typical online browsing environment". Throughout the entire study, panellists’ eye movements were tracked to measure engagement.

The death of programmatic display advertising?