Ikea is talking up the positive environmental impact of a wide range of thrifty behaviours in a new international campaign created by Mother.

The “Fortune favours the frugal” 60-second TV and cinema ad, directed by Tom Kuntz through MJZ, launches in the UK and Ireland on 1 January and will be shown in other markets, including the US and Netherlands, later in the year.

The spot depicts what seems to be a meteor – but on closer inspection turns out to be a gigantic ball of rubbish – hurtling towards earth. As a family is shown taking a series of positive steps to reduce waste and energy, reuse items and recycle, though, bits begin to break off the trash ball, until it is only a single plastic bottle that lands in the family’s garden.

The ad is soundtracked by the song Make it Better by The Barons, which is shown being played on a cassette Walkman. 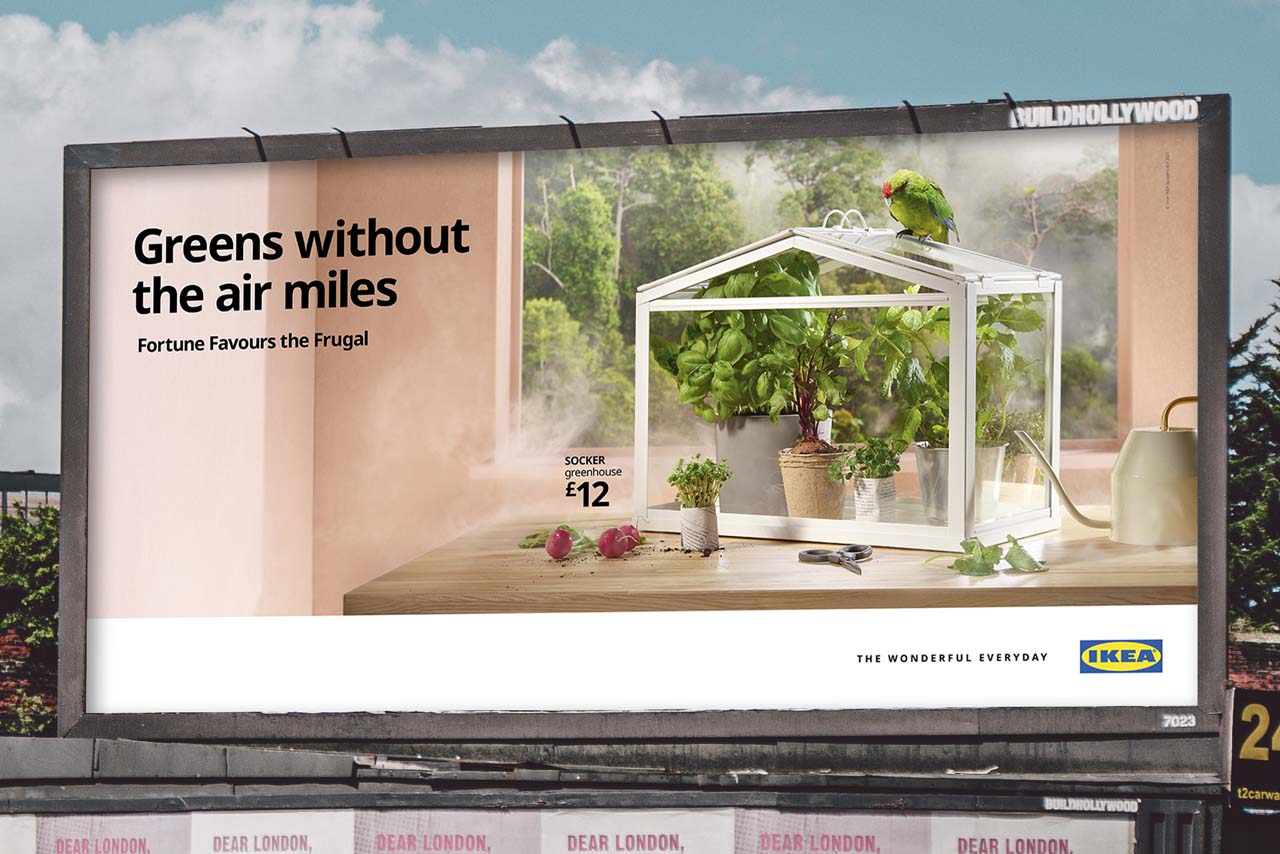 The film ad will be supported by out-of-home ads featuring products that can help consumers reduce their environmental impact, and digital executions promoting items in the range made from recycled materials, and highlighting the energy efficiency of Ikea’s flatpack distribution.

The radio ads, meanwhile, use poetry to outline the idea behind the campaign: that the word “frugal” has gathered negative connotations that it does not deserve.

Kemi Anthony, marketing communications manager at Ikea, said: “‘Fortune favours the frugal’ encapsulates Ikea’s commitment to continue to adapt the business and inspire people to think differently about the benefits of living a life of moderation over a life of excess. Small acts now will make a huge difference in years to come."

She added that Ikea had designed all of its products to be “reused, refurbished, remanufactured and recycled”. Recent changes made by the brand include the introduction of a plant-based alternative to its famous meatballs, with 4% of the carbon impact of the original, and removing non-alkaline batteries from the range to encourage the use of rechargeable batteries.

This month Ikea will launch its Buy Back scheme, allowing consumers to sell back unneeded Ikea furniture in exchange for credit, which was initially trialled around Black Friday.

Ikea evokes Pixar's Wall-E in ‘Change a bit for ...

Maybe what you really want is better sleep, ...

Watch: Ikea gives 'The Tortoise and the Hare' a prequel