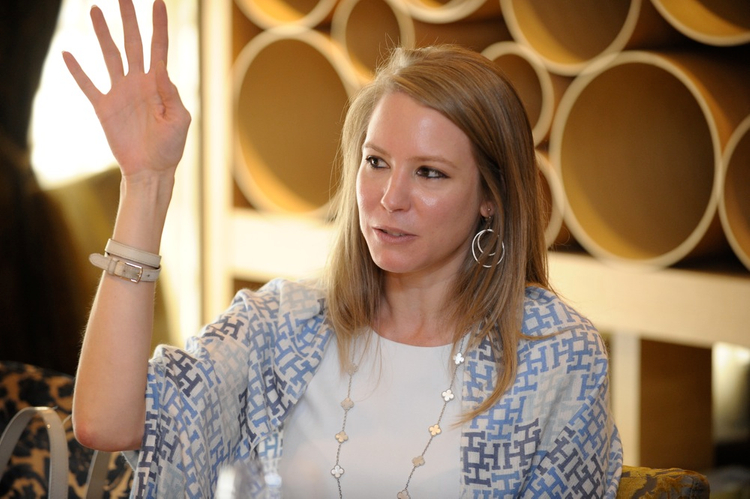 Several top-level female executives from across the brand spectrum spoke about the need for more so-called ‘feminine traits’ in the boardroom.

Carol Potter, Edelman’s executive vice chairman for Asia-Pacific, Middle East & Africa, listed some of these traits as set out in The Athena Doctrine by John Gerzema and Michael D’Antonio, which surveyed 64,000 people from countries representing 65 per cent of the world’s GDP.

They include loyalty, flexibility, empathy, patience and intuition, which Potter said were linked to successful leadership. While accepting that these traits could be ascribed to either men or women, the reports showed they appear more prevalent on boards where more women are present.

“It’s not necessarily about being a woman, it’s about these so-called feminine values,” Potter said.

“How do we manage our brands and companies with this kind of information, and how do we as women help other women get into those leadership positions? Because they can spread those feminine traits, let’s be honest, and it’s proven that companies are more successful as a result.”

However in Asia, according to a second report by consultancy McKinsey, only 8 per cent of companies have women on their boards, compared to 17 per cent in the US and 15 per cent in Europe.

The issue, many of the delegates agreed, was one of a brand’s culture. Cindy Tan, vice president of display for TripAdvisor in Asia-Pacific, said in some companies – not including her own – the CEOs and senior executives are committed to gender diversity, but “somehow it doesn’t trickle down”.

Vicki Chang, principal of consumer markets at Heidrick & Struggles, said mentorship was a crucial factor to ensuring more women climb the ladder, and panellists agreed that effective sponsors could help women have the confidence to reach for senior leadership roles.

However, Barsha Panda, Yahoo head of corporate communications for India and Southeast Asia, said such programmes vary depending on the industry. She said the technology market has its own challenges and as such diversity is a big focus area, while markets such as financial services have moved a few steps ahead.

Panda added that in terms of brand success, companies have to become more proficient with these so-called feminine traits as they crucial for appealing to millennials, who want much more from their companies than just innovative products; they want to trust them and believe they are having a positive impact on society.

The days of “carpet-bombing advertising and big announcements” are over, she said; millennials want to connect with their brand’s image through social media, and this requires many of the traits aforementioned.

“You have to create a reason for why they should listen to your message, or watch your advertising,” Panda said. “If you look at the connected consumer and how vocal they are, listening and engaging is really important for success.”

“On social media, you have to have humility, patience and empathy, and listen to the user. You can’t have a different corporate culture to your customers.”

Chang also said that while the feminine traits are extremely important, it could be more useful for brands not to identify with them as such and instead consider them as levers for growing a brand successfully.

“Collaboration, authenticity, empathy; don’t look at them as female traits, look at the competitive advantage they bring,” she said. “Who doesn’t want to work for or buy from an authentic company? You should consider [the traits] from all angles of your corporate branding.”

For more coverage from the roundtable, organised by PRWeek in conjunction with Edelman, watch for the November issue of Campaign Asia-Pacific

The brands making the best impressions on women in ...