Financial Times journalists have written a series of open letters addressing the pressing issues that will shape the human story in the years to come—from climate change to cryptocurrencies—in the news brand’s latest campaign.

Created by The Brooklyn Brothers, “Letters to this new world” will run across the FT’s own print and online editions, along with digital, audio, cinema and out of home, across the UK, US, EMEA and APAC.

There is also a 30-second TV ad, “The speech”, which will run in the UK, US and Germany. Like last year’s “Lead without example”, it features a montage of political leaders and public figures—albeit they are rather more confidently spoken than those in the previous ad. The female-dominated line-up includes New Zealand prime minister Jacinda Ardern, US vice-president Kamala Harris, Pakistani activist Malala Yousafzai and UK chancellor Rishi Sunak.

The campaign includes long-copy print ads featuring letters from FT staff, including chief economics commentator Martin Wolf and business columnist Pilita Clark, with quotes from these featuring in out-of-home and digital video executions. Every member of staff at the FT was invited to contribute, while members of the public will also be invited to submit letters, with the strongest contributions featuring in the campaign. 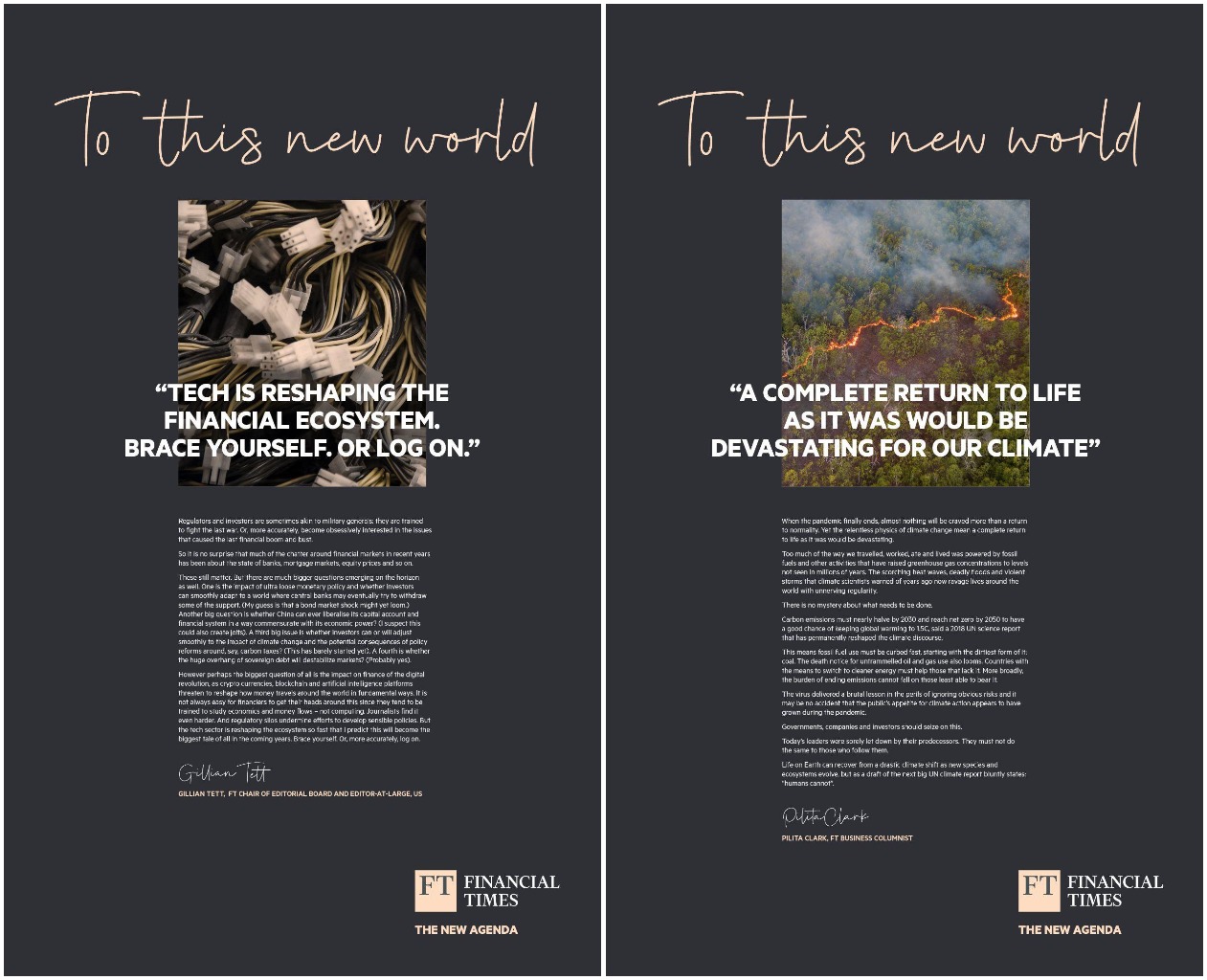 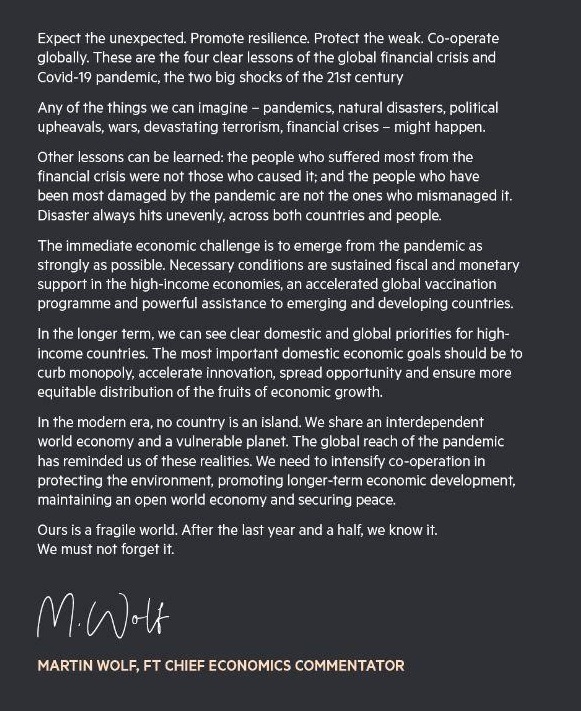 Finola McDonnell, chief communications and marketing officer at the FT, said: “The pandemic has given everyone pause to reflect on what matters in life and how we could organise ourselves differently in future.

“We wanted to capture some of those reflections and put them out there for business leaders and those in positions of power to think about and act upon. We are at an inflection point, and the FT is positioned to encourage and lead debate about what comes next". 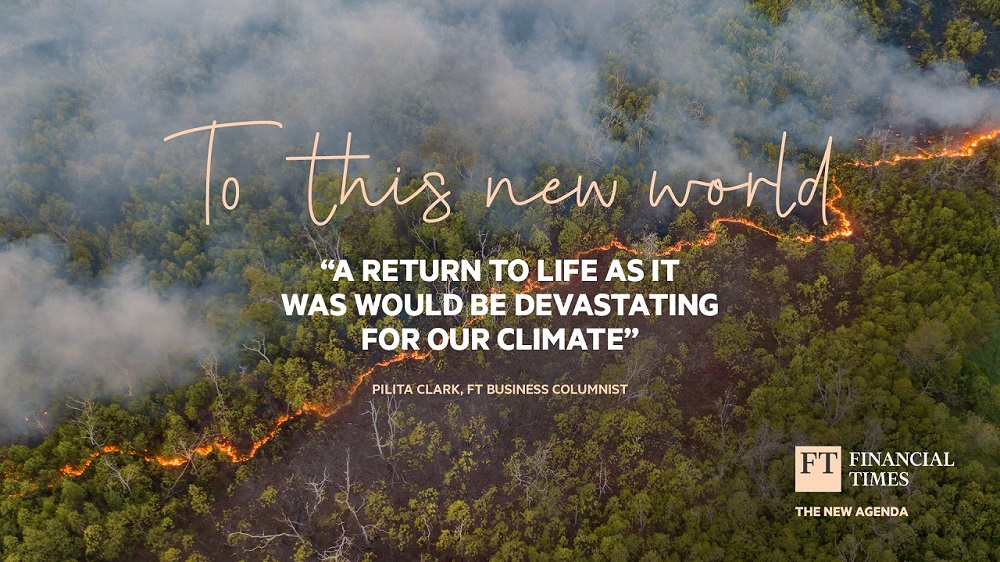 George Bryant, chief creative officer at The Brooklyn Brothers, added: “The global pandemic has wrought change and demanded evolution—economically and socially—on a scale that no-one could imagine. ‘Letters to this new world’ is a global platform for FT and its community of leaders to share ambitions and collectively write a new agenda.”

The FT said it had reached record highs in readership and subscriptions last year, with a surge in readership as the pandemic took hold. The strength of its position in the global business community was demonstrated in a recent piece in The New Yorker, in which Jesse Armstrong – the chief writer on HBO hit Succession, loosely based on Rupert Murdoch’s News Corp – revealed that the show’s writers were devoted readers of the FT.

CASE STUDY: How the Financial Times is engaging ...