French luxury fashion house Dior has come under heavy criticism in China after a flared skirt from its Fall 2022 collection branded as its 'hallmark silhouette' was found to closely resemble a traditional Chinese horse-face skirt dating to the Song and the Ming dynasty. Chinese netizens and official media outlets such as Global Times and People’s Daily are accusing the brand of ‘copying’ and ‘cultural appropriation’ of a 10th century garment.

To give a little background: The skirt in question made its debut on the runways of Seoul in April this year. In the post-show notes, artistic director of Dior, Maria Grazia Chiuri, said the collection was inspired by school uniforms and aimed to pay tribute to Catherine, Christian Dior’s sister. “Maria Grazia Chiuri became interested in school outfits and, above all, in the way students dust off, revamp and update the tropes of these garments, personalising them with distinctive details, verging on punk overtones, before venturing through urban landscapes in search of spaces of freedom,” an excerpt from the show notes read.

Horse face skirt, or mǎmiànqún in Mandarin, is an ancient Chinese garment that has four skirt doors on the front and back sides overlapping each other, and the layered portion of the skirt doors is called 'horse face'. Chinese netizens allege that Dior’s upscale skirt has the same construction as the mǎmiànqún, which has front-and-back openings and side pleating’s, initially designed to make horseback riding easier for women. The only difference is the length–an orthodox mǎmiànqún is floor-length, while the Dior version sits below the knee.

“The so-called Dior silhouette is very similar to the Chinese horse-face skirt. When many details are the same, why is it shamelessly called a ‘new design’ and ‘hallmark Dior silhouette?’” reads a public commentary published by People.cn, and translated by the South China Morning Post.

China is a hugely important market for luxury brands, accounting for about a third of all luxury spending globally. On Weibo, #DiorPlagiarism has already garnered over 20 million views over the weekend. Dior has not officially responded, instead banned comments on its recent Weibo posts and stopped online sales of this particular skirt in mainland and shows ‘sold out’ in Hong Kong markets. 
This is not the first time Dior has been caught up in controversy in China. In November 2021, the brand was accused of perpetuating prejudice and Western stereotypes of Chinese people through an exhibition in Shanghai.

In the past, Dolce and Gabbana has come under flak for trivialising Chinese culture which turned into a full-blown PR crisis in the country. These are just a few recent examples of insensitivity and perceived cultural appropriation that have put high fashion under the scanner.

Allegations of cultural appropriation are nothing new–but in the hyper-aware age of social media it creates a lot more conversations about what's acceptable in fashion. A quick search on Taobao and AliExpress of the mǎmiànqún produces thousands of results and the designs are similar. While it’s okay for high fashion to draw inspiration from culture, is it disrespectful to claim the design as their own without any mention of Chinese heritage? Campaign poses the important question to experts–does high fashion have a cultural appropriation problem? Brand experts weigh in. 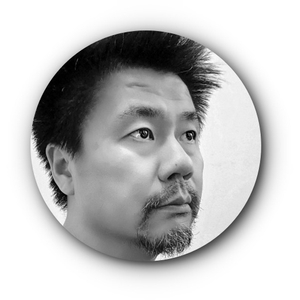 I cannot fathom Dior's handling of this situation. All it takes is one post on Weibo, saying yes this was inspired by traditional Chinese design, and they could have easily earned appreciation and respect from Chinese consumers. Instead, they chose to take the accusations and say nothing, which makes them guilty by default in the forums of public opinion. The difference between inspiration and appropriation was, therefore, made by Dior's communications team. High fashion doesn't have a cultural appropriation problem. However, at least in this particular case, it does have a communication problem. "Chinese culture and innovations have been celebrated and copied for thousands of years, so why do people suddenly see Dior's actions as cultural appropriation? Welcome to the world of social media, where a minority of netizens can make a big deal out of something insignificant. According to media reports, if this skirt was previewed in December and shown on the runway in Seoul in April this year, the same time it became available in stores, I wonder why it took four months for angry netizens to respond? According to the show notes, Dior's lead designer paid tribute to Christian Dior's sister, Catherine, who was always inspired by school uniforms in how students would personalise them.

Would it be possible for these traditional school uniforms Catherine Dior remembered growing up in Paris in the 1930s to be originally inspired by the mamianqun or horse face skirt design? What would it take for Dior to inspire its fans with a bit of a history lesson on social media, showing traditional Chinese designs' positive impact on the fashion world?

China has contributed so much to the world that its designs and inventions are now so ubiquitous that it almost renders the cultural appropriation argument meaningless." The answer is not a simple yes or no. The argument in Dior’s case, and in other similar cases we have seen before with luxury brands in China is quite complicated because it is based on the belief that some things clearly belong to a certain culture, and to draw inspiration, however direct or indirect is akin to stealing or at a minimum being disrespectful. If we must separate what is yours and what is mine, it might be a very complicated and impossible task.

Now we’re living in the 21st century, when almost every creation 'inherits' inspirations from all over the world, intentionally or unintentionally. But here, the thing we can be sure of is the dispute over ownership is a very serious matter in China. Brands must remember if you want to be successful in the Chinese market, you need to follow the rules. Brands should ask themselves: Have we built up a special team to help on self-investigation before launching anything? Can we afford the losses if this happens again? Are we ready to apologise for something even if we are innocent from your perspective? One of the most critical success factors in an increasingly globalised world is the development of cultural empathy. This means fostering a more profound understanding, acceptance, and appreciation for cultural differences. While mistakes can happen, it is critical for luxury brands to be proactive, open, and transparent in responding and fostering the dialogue with their audiences.

In many cross-cultural trainings that I did with Western luxury brands to deepen their understanding of expectations and particularities of Chinese luxury customers, I have seen that it is a significant challenge for many managers outside of China. Without much deeper cultural empathy, brands risk to alienate customers as they grow increasingly dependent on countries like China. 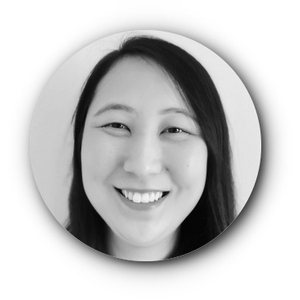 Dior's main problems are with its brand management and PR communications. It is difficult to argue definitively whether this is a case of cultural appropriation or drawing creative inspiration from another era and culture. However, it is clear that the damage is done when these Western high fashion brands repeatedly cause controversy among Chinese consumers, who are fed up with being disrespected. It is shocking if Dior still has not officially responded to this controversy.

They should have a communications plan in place to explain how their designers get their inspiration and what steps have been taken by the company to safeguard their products and advertisements from cultural appropriation. If they did indeed borrow from the Chinese design, they can admit, apologize and turn this around by highlighting the Chinese history and heritage they drew inspiration from. They can launch a campaign to celebrate the Han-style of clothing and Chinese designers. Why not use this as a golden opportunity to reinforce a positive brand reputation among its critics? Whenever faced with reputation damage, any brand should do whatever it takes to rectify the situation. Staying silent and hoping the problem goes away is not a solution. I think the problem is more one of attribution than appropriation. Designers are artists and the best artists have always freely drawn inspiration from the broadest of sources. Without pronouncing a specific judgement in this case with Dior, it is clearly always important (as much for your own integrity as to protect your reputation) to acknowledge the places from which you have drawn inspiration.

And indeed, this acknowledgement might in fact only be the start of the ways in which a brand or designer might choose to interact with custodians of traditional designs and knowledge–allowing representatives from these communities to participate in the commercial and creative processes for the product is also something to consider.

We work extensively with our clients to help them understand, identify, and ultimately remove risk just like this. And both tasks are crucial–developing awareness of the range of risk factors that exist now in your sector as well as establishing the processes that ensure you flag them before going to market. To me, the Dior case isn’t a potential cultural appropriation problem. It may seem so on the surface, but I see it more as a failure to understand the Chinese market. Netizens in China objected to Dior's usage of the design not just because of its use of traditional Chinese components, but primarily because Dior called the skirt a "new design," which infuriated them. Chinese netizens are today culturally conscious and sensitive, especially when it comes to the actions of big-name brands. Global brand names ought to spend more time and money getting to know Chinese consumers and how they would perceive certain actions, signals, products, messages and tags. Consumers today are increasingly seeking purpose and value in the brands they support. The traditional risk-adverse PR approach is no longer enough. Through these recent controversies, we can see a bigger problem that speaks to the hierarchal fashion industry, the evolving consumers, and what it takes to lead the future in fashion.

Historically, fashion industry has always been very top-down and centralised–designer labels are authorities that define 'leading' and set trends every season. Established fashion houses are in a position of power when facing the rest of the fashion world, other designers, and consumers.

But in recent years, we have seen a continuous shift globally, with more contemporary labels rising, new designers forming authentic point of views close to their own culture. This is because the consumers are inevitably evolving – they are younger, more discerning, more rational about the 'value' of fashion, and strongly desire cultural authenticity and original design. Being bold does not mean being insensitive. Having a strong point of view does not conflict with celebrating diversity. Fashion and design do not exist to help people project power, but to enable authentic expressions.

This calls for fashion companies to take a closer look into their rising consumers of the future, especially in an important market like China, and rethink what leadership means in fashion. A future leader in fashion will collaborate and co-create, embrace, and inspire. When a top designer catches an inspiration, they will be proud to recognise the origin and history, while telling the story of how they turn an inspiration into a new creation, in front of their consumers in every market.