This month, Wacl marked its 100th birthday, celebrating a century of progress for women's rights and representation, for true equality in adland. It's a journey marked out by milestones, but there's still a long road ahead.

As part of its anniversary, Wacl announced it is introducing patrons and defined five areas for change in the communications industry: reframing the language of leadership, hardwiring it into the recruitment process; championing flexible working; supporting women's health needs; and realising the eye of the world is upon us, that the workplace needs to be free from harassment, assault, prejudice and that women are represented authentically.

The organisation is building a data benchmark to track progress towards a target for 50% of CEOs to be women.

Meanwhile, an external ad campaign is planned, as is a documentary examining how far things have come. As an awareness-driving initiative, it is designed to reinforce, to accelerate a process that should already be underway.

Wacl's announcement was issued on Friday 13 January – for the superstitious, an unlucky day. Clearly, though, luck, good or bad, should not be a factor in achieving a balance.

The fight for an equitable workplace and equitable leadership –embodying inclusivity, equality and, crucially at least from a prosaic perspective, commercial competence and excellence – is not purely an issue for women, it's one that benefits all and should thus be driven by all. Equality is about attaining balance across all genders.

So Campaign asked an industry panel: can adland attain its 50% female CEO target? 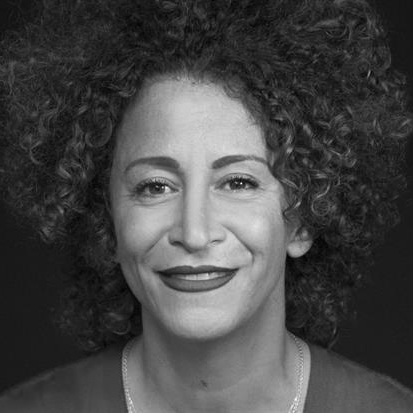 Any real change is grounded in a genuine understanding of where you currently are and where you need to go. In reality, we are a long way off from true parity, and without building more meaningful measurements, the picture of advancement can be misleading.

Understanding the gender leadership gap, including the most senior roles and intersectionality, along with tangible ways to accelerate change, are critical.

Our 50% target for CEOs and all layers of leadership mission, which is proportionately representative, provides a clear destination. Armed with a roadmap with effective levers of change, which Wacl is building, along with the communications we create, is designed to effect the progress needed. 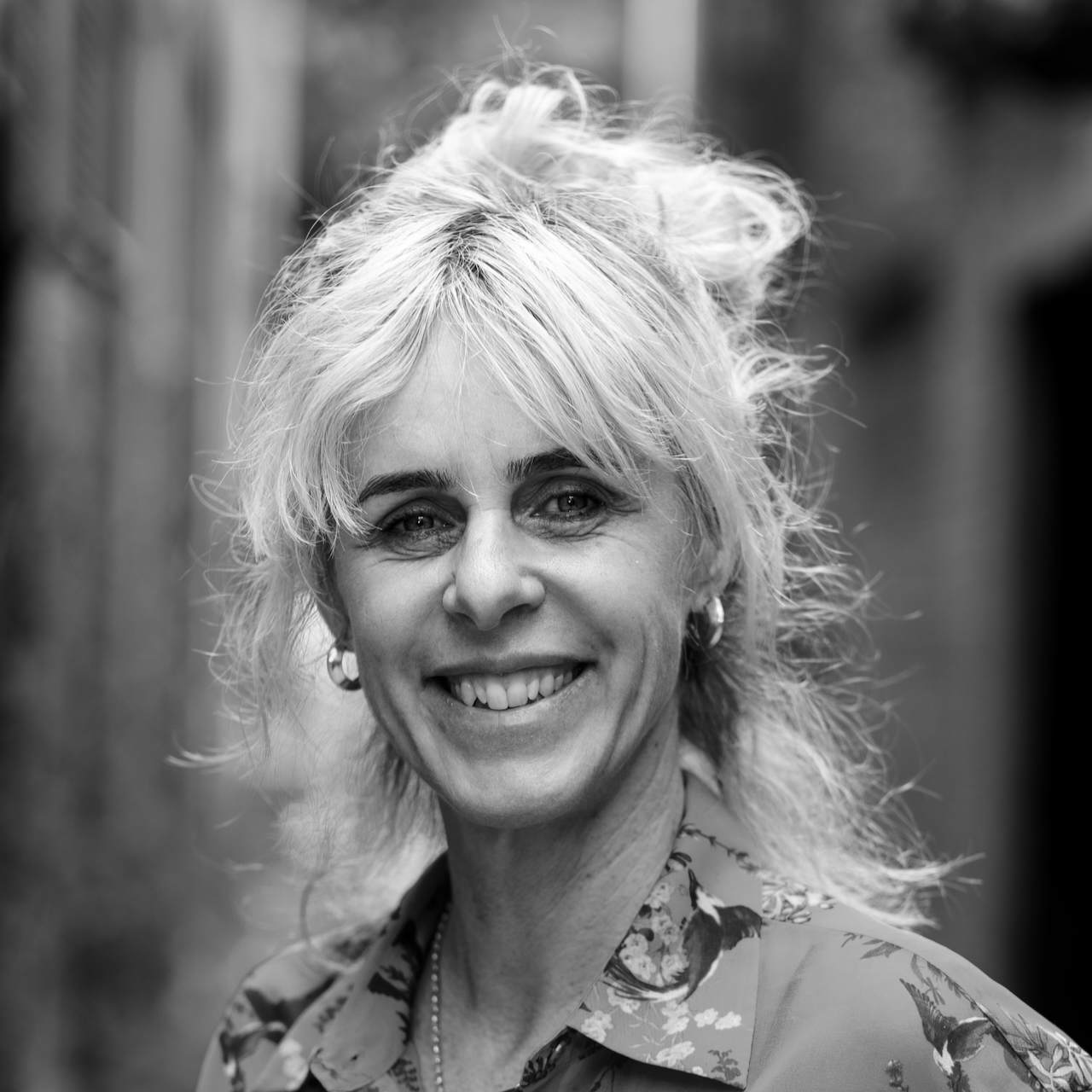 Fifty:fifty seems like a state-the-obvious goal and without a target date, such as 2030, there's a real risk the campaign will fall short of the ambition. A target date needs to be added, urgently.

The fact is, the IPA's "women in senior leadership" figures inched up to 34%, then declined and flatlined during the pandemic to 32.1%, as women bore the brunt of childcare and home-schooling pressures, and faced the systemic bias of sector-wide redundancies.

In 2023 the ladder is going to become only more perilous to climb, with many mid-level women facing a cost-of-childcare crisis, a fresh wave of redundancies, along with the government set to vote on the Retained EU Law (Revocation and Reform) Bill this Wednesday, ready to toss 4,000 EU workers' rights onto the bonfire – including equal pay for women, fair parenting provisions and more.

To achieve the Wacl goal, each and every company needs to implement progressive policies (parenting, fertility, menopause, pregnancy loss and menstrual policies, for example), create equitable structures for progress (unbiased assessments for promotions and fair access to promotional opportunities, for example) and pay equity, given the sector's 20% gender pay gap.

Wacl's five key areas of focus to drive gender equality are just the beginning. Each area needs to be matched with tangible actions and investment if it is to be achieved. Promote for potential, of course, but this needs all line managers trained in their own bias on how to spot this in the way they conduct performance appraisals.

Adland, Wacl is throwing down the gauntlet to you, the CEO community, so it's time to lead the way with real policies, structural change and proper inclusion budgets. 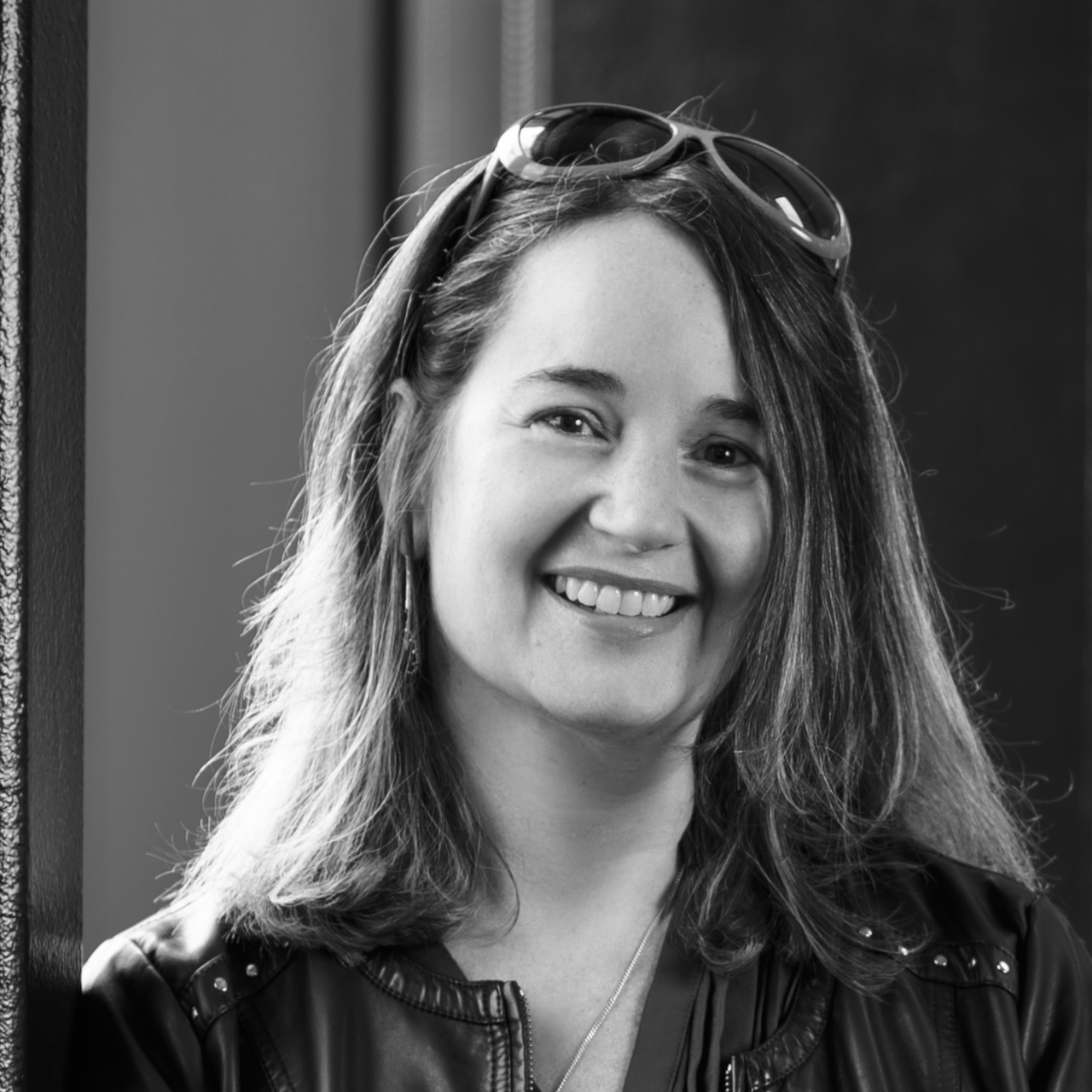 If any part of adland needs convincing that female CEOs are good for growth, they just need to look at media. Last year's Media Week awards showed women coming up trumps – every agency shortlisted for Best Agency, those agencies showing the most growth, innovation, and highly engaged workforces, had a woman at the top. Every single shortlisted Media Agency Leader was a woman. And eight of Campaign's Top 10 Suits were women.

The work environment has never been more inclusive, at least on paper; the conditions are set for women to succeed, from flexible working to women's health policies. The main barrier that I see, though, remains the perception that to succeed in business means sacrificing family, and women actually wanting these positions. Far too often I've heard women tell me: "I wouldn't want it, I couldn't do both jobs well." But life is all about balance – being perfect at everything is not a realistic goal. The more female CEOs can talk about and share our approaches, our strategies – even our failings – the more we can help the whole of adland be, well... be more media. 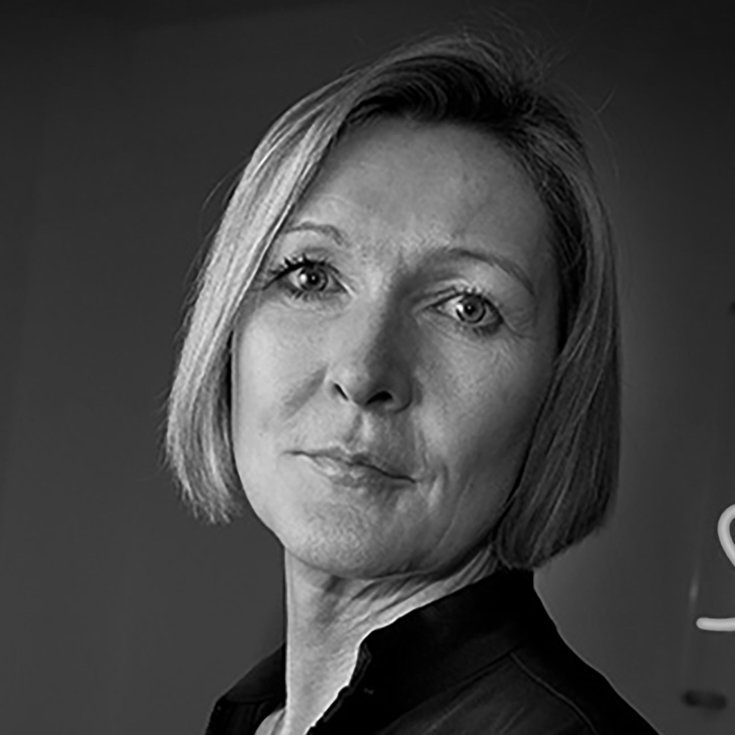 In a nutshell, absolutely. Adland has changed drastically in the last decade and today's market proves that a diverse leadership team delivers both better results and profits.   It's imperative to build a workplace that reflects today's society so that when a team member looks to their leadership team, they see someone like them.

To bring about change, modern day leaders need to index highly on EQ as well as IQ. Recognising the needs and potential of all staff regardless of age, gender, race, ethnicity, religion, disability, sexual orientation and culture, will ensure that every individual feels involved, empowered and, ultimately, safe to contribute to the workplace as their authentic self.

We often refer to "our industry" as a person, but really it is us. We are the leaders who need to step up to make a difference to bring about this change. 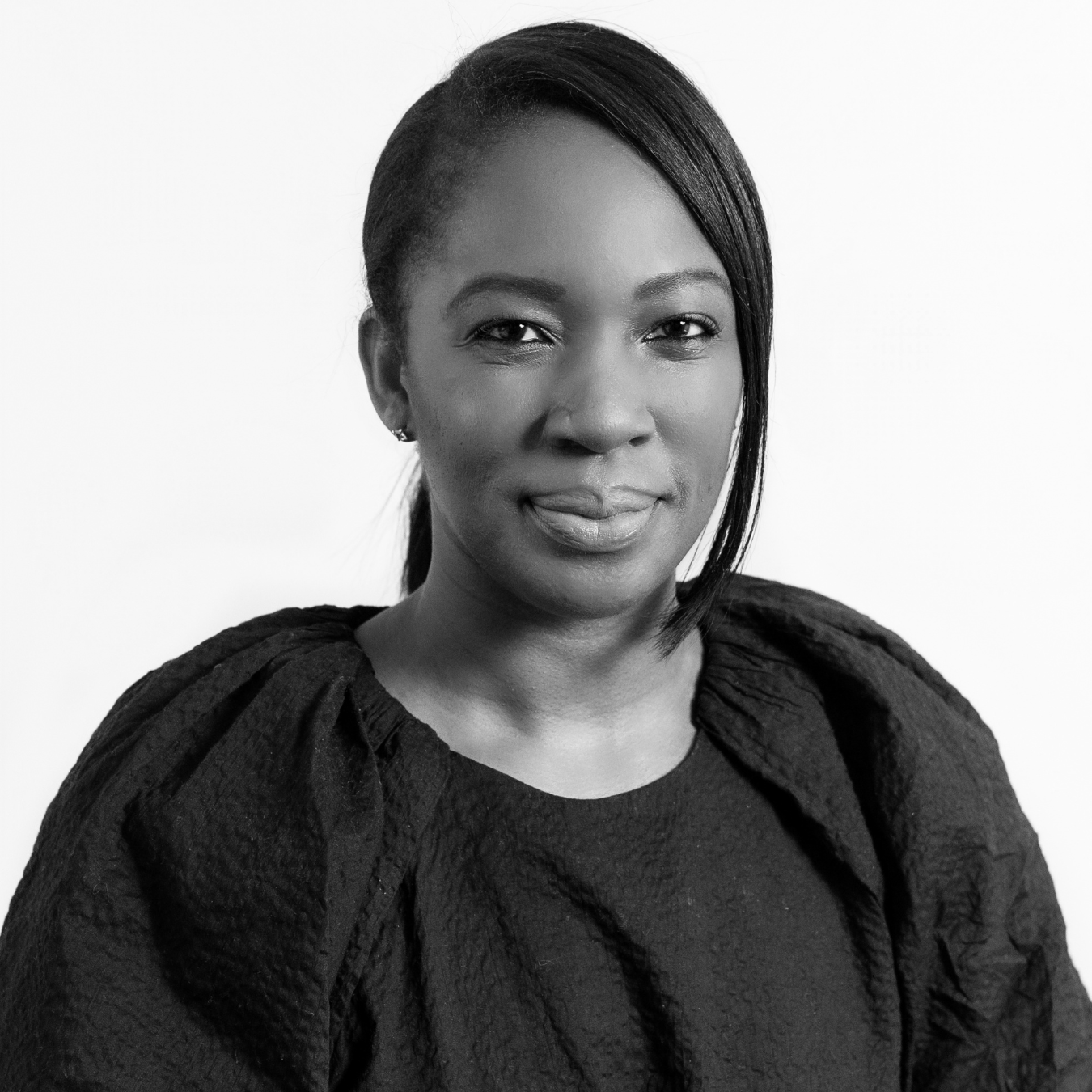 Business development director, OMD UK, and author of The Blend: How to Successfully Manage a Career and a Family

I am full of hope when it comes to the ascension of female talent in adland and I believe that we can build inclusive cultures where women thrive. But there is still work to be done. Women are slightly overrepresented in our industry but the last All In census revealed that women are unrepresented in the C-suite at 39% versus 60% men. So, what is happening to all this wonderful female representation that is not enabling them to break the glass ceiling in similar proportions to their male counterparts?

One of the contributing factors is parenthood, a topic very close to my heart. Becoming a parent is a key milestone that can have an impact on women's careers. However, with the right structures in place, such as sponsorship, progressive parental leave polices and flexible working for all, we can eliminate these barriers and create the conditions that make a 50% target possible.

And it is indeed possible. One of the many reasons I love working within OMG UK is that three out of the four media agencies are led by incredibly successful female CEOs, and within the wider group there is no shortage of C-suite female leaders to be inspired by. 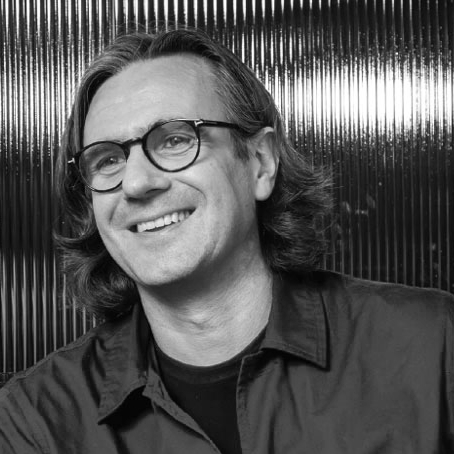 Of course. But only – and this is the caveat – if we really want to, and put meaningful actions in place to get there. Targets without the behavioural change necessary to achieve them are meaningless. There's no issue with the overall number of women in this industry, so these changes must focus on three things: keeping, developing, and promoting them.

Prioritise policies that disproportionately benefit women, such as parental leave and flexible working. Ensure your board is 50% female – you've little hope without that. Given CEOs typically come from the account management department, identify, protect and train the strong female leaders within it – and build bespoke paths to the top job. That's if, of course, you really want to. 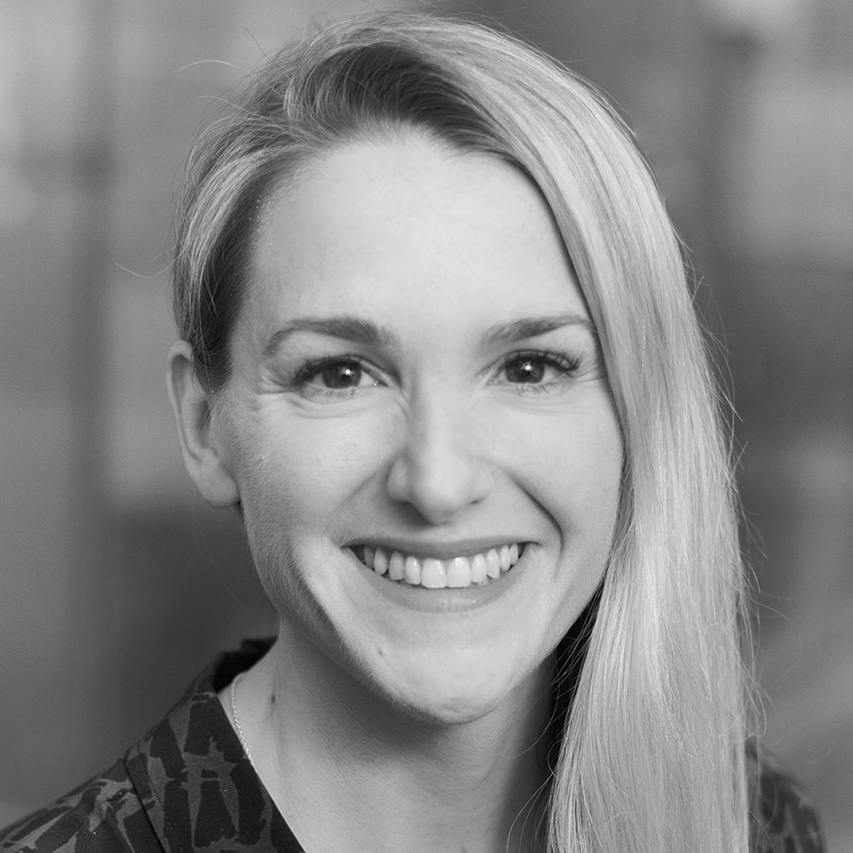 It feels a bit embarrassing that we're having to ask if it's achievable in 2023, but sadly we all know there is still work to do. I'm looking forward to seeing the benchmark data to give us better visibility on the progress and in particular which parts of our industry still need a big focus. But we should also applaud where businesses have come such a long way in many of the areas called out in the new Wacl vision.

Much like the fantastic All In work-stream, we should be celebrating where businesses have progressed – particularly around female health and fertility policies, and flexible working. There really should be no excuse for companies that aren't then following suit.

In Omnicom UK agencies we have been tracking this metric since introducing Omniwomen UK + Allies as a network to empower and support female talent, and when looking at women in senior agency leadership roles it has increased from 28% to 54% since 2015. Given the scale of the network within the industry, I see no valid reason why the Wacl goal isn't achievable.

Passionate about DEI? Have a say in the topics we ...